Parents have a lot to fret about in these digital days. Newsletters from school and articles on the Internet coach us about monitoring our children’s activity and time on the Internet. But what if the greatest threat to children’s online well-being doesn’t come from strangers, peers, social media or screen time? What if the danger has less to do with their social media activity, and more to do with yours?

The buzzword for disclosing information about our kids online is ‘sharenting’, and it is a huge phenomenon. Over 90% of American children have digital footprints by the age of 2, and by the time the average child is 5, they have had 1500 images of them shared online. 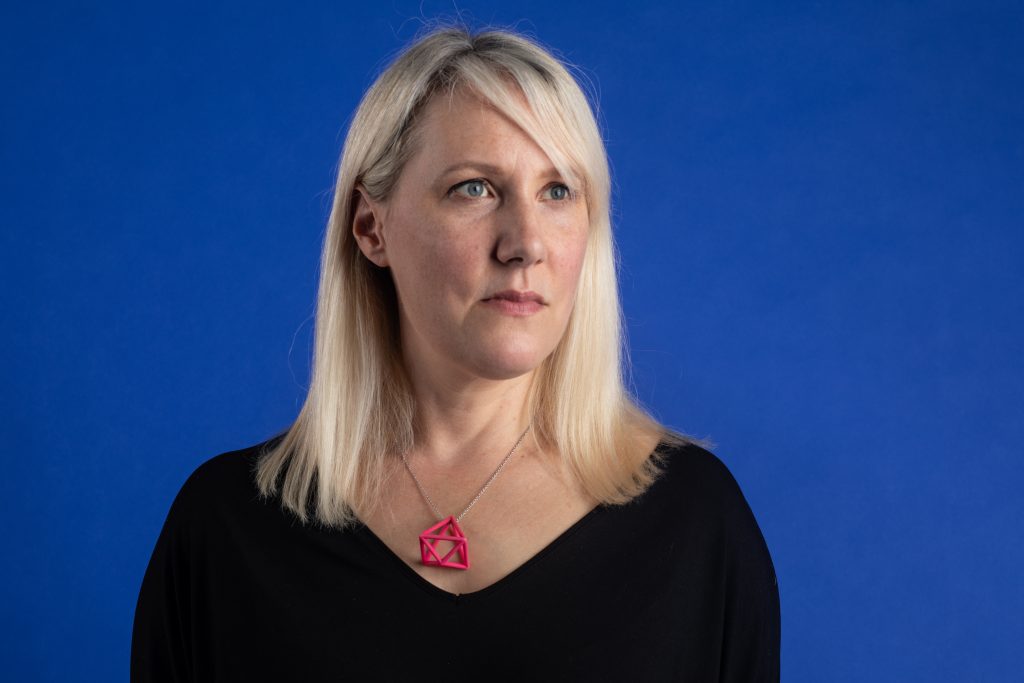 Elaine Kasket photographed in a London studio during her book promotion of her new book, “All The Ghosts In The Machine”. Elaine Kasket was born in America. After completing degrees in psychology and journalism at university, she dreamed of bringing the two disciplines together in a career as a science writer, but took a detour and pursued a doctorate in clinical psychology instead. After her move to the UK in 1999, she became a psychologist by choice and an academic by accident, and spent many years building her psychotherapy practice and working at universities. After producing a number of journal articles and chapters for academic texts, the experience of doing a solo-authored book – How to Become a Counselling Psychologist (Routledge, 2017) – finally convinced her to take a break from her role as Head of Programmes for Counselling Psychology at Regent’s University and to return to her writing roots. Elaine Kasket is a London-based counselling psychologist and the author of All the Ghosts in the Machine: The Digital Afterlife of Your Personal Data (Robinson/Little Brown, 2020), now available in paperback and on Amazon here.

The moment social media was born, sharenting was destined to become a thing. Humans are social creatures who crave approval from their tribe, and likes and comments about our gorgeous kids are like catnip for proud mums and dads. Sites like Instagram and Facebook, hungry for any and all of the data that we share, are all too happy to profit from parental pride.

When my child was born, I used Facebook heavily, posting hundreds of images, stories, and even dialogues with my daughter so that faraway friends and family were included in our lives. Maybe I wouldn’t have used it so much if I hadn’t been an expatriate. In any case, though, it was extremely convenient, and the feedback felt good. It was easy to fall into sharenting habits.

I assumed that my daughter understood very little about my sharing and I didn’t imagine she’d object even if she were aware. I was wrong.

When my daughter was 9, I asked her how she’d felt about my social media activity over the years. I was shocked at her reply, which was immediate and emphatic. She’d always hated it, and she’d never felt that she had the privacy or control she deserved. When I asked what she wanted me to do differently, she said that she would prefer me to delete more or less all of it. 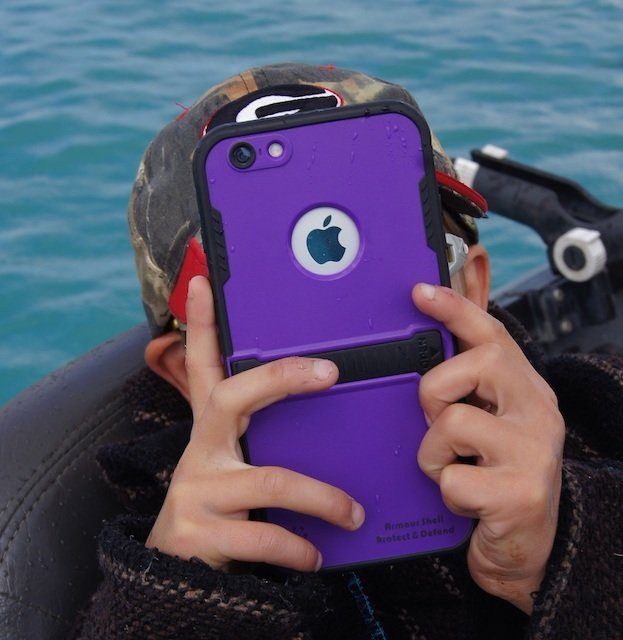 I was reeling – I couldn’t believe she’d felt like this and hadn’t mentioned it. It turns out that she hadn’t bothered saying anything because she didn’t think I’d change. That day, I made her a promise: to post nothing further and to delete all the past posts.

It wasn’t easy. Emotionally, I was more attached than I’d thought to the regular ritual of documenting our lives online, and it felt like breaking an addiction. Practically, it was a nightmare, because the social media platforms didn’t make it easy to edit out hundreds of past posts. I ended up using a privacy app to assist in the process. But it’s now done, and I’ve had time to reflect on some of the reasons why it was so important to me to change.

Like adults, children suffer psychologically when their privacy is compromised. If you’ve ever been tagged in an embarrassing photo, had your data used by a company in an unexpected way, or not been able to remove information about yourself from the Internet, you understand how this might feel to a child. We operate a double standard: we teach our kids to protect their privacy but then compromise those boundaries ourselves.

As a sharenter, I presented my preferred image of my daughter, and I shaped everyone else’s expectations through my social media posts. From her earliest days, my daughter never met anyone new. They had already decided that they knew who she was and what she was like. When they asked her what she was listening to lately and she named a pop song, their faces would fall. ‘But aren’t you more of a Bowie girl?’ they’d ask, disappointed. At the age of six, after a party with a bunch of adults, she piped up from the back of the car, sounding both puzzled and troubled. Why do these people think they know me?

Sharented kids have something in common with celebrities: parasocial relationships. This means that people know you, but you don’t know them. People recognise you and have information about your life, but you’re clueless about them. This is the first generation to be sharented, so we have yet to see the impact of millions of children growing up surrounded by parasocial relationships and expectations.

The kind of social pressure shaped by sharenting begins early. Sonograms are shared on social media in about a quarter of all pregnancies (I shared mine). The blogger who popularised ‘gender reveal parties’ – suspenseful celebrations where a cake is cut to show a pink interior or a balloon popped to release blue streamers – has written about her regret, partly because of what her own nonconforming daughter has taught her about gender.

When a friend of mine from high school saw blue confetti flutter out of the exploded balloon, he leaped around like a maniac on the Facebook video of the event. He was a former professional sportsman, and he was elated: finally, a boy! After the birth, the future-footballer references came thick and fast, encouraged by his Facebook friends. The pressure of this social-media cheerleading squad might make things rather awkward if the little boy’s aspirations or predilections turn out to be different.

Sharenting could also spell financial woe for the next generation. Children’s data are a goldmine for marketers, and facial recognition technologies will help the marketers of the future recognise and target them. Fraudsters will have a field day too – it’s estimated that by 2030, sharenting will have resulted in over 7 million cases of identity fraud. Having experienced both the siren call of super-targeted online marketing and the inconvenience and cost of identity theft, I’m reluctant to do anything that could increase my daughter’s risk of either.

I understand the social, personal and technological forces that encouraged me to sharent, but I’m so glad that my conversation with my daughter prompted me to rethink. In a rapidly changing world, I want to teach my daughter to exert control over her own informational boundaries and to make smart decisions about disclosure. I want to deserve her trust by showing her privacy and her choices take precedence over my own parental pride and my popularity amongst my friends.

Stopping sharenting initially felt like a loss. I’ve developed more private systems for sharing photos with family, though, and my daughter and I are both feeling the benefits of parenting without sharenting.  I don’t feel the constant itch to document and share, and she’s developing as her own amazing person, in charge of herself and free from the need to perform to an audience of my friends. What more could any proud parent want?

The Rise of The Social Media Manager Mum!

Do Blogging & Social Media cause you Anxiety? You may need a Digi Detox …

Tags:  children parents photographs relationships sharenting Social media
This entry was posted on Friday, January 31st, 2020 at 11:03 am and is filed under Parenting Skills. You can follow any responses to this entry through the RSS 2.0 feed. Both comments and pings are currently closed.