Simple steps to Get Safe Online 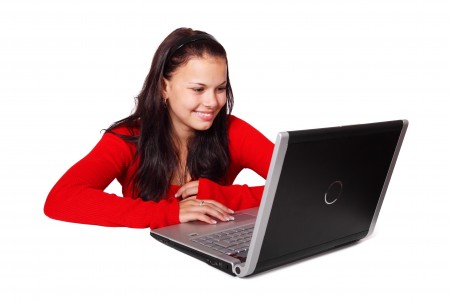 Much like using the rules of the road to keep safe, there are some very simple guidelines we can follow to protect ourselves when using the internet. But new research by Get Safe Online reveals that, despite the fact that the vast majority of Brits (84%) recognise that it’s our own responsibility to be safe online, we are often not taking the most basic of precautions. This is resulting in an average loss of £236 per victim of online crime which could add up to a staggering £1.5 billion lost to criminal networks.

Some of the biggest online safety sins involve passwords. In fact, almost half of the 2,000 UK adults surveyed (47%) don’t always log out of websites or apps when they’ve finished using them, which could be particularly dangerous as only 42% of adults use passwords or PINs on their mobiles, or the 38% who don’t put one on their tablet. As mobile devices become more sophisticated, not protecting them with a password can be likened to leaving your keys in your front door, all of the contents are vulnerable to theft and huge bills could be run up in your name.

Also not to be forgotten is the use of default passwords, with a third (29%) still using the standard password on their home wifi, making it easy for neighbours to eat up their data, or eavesdrop on what they’re doing online. But even when original passwords are used to protect devices and online accounts, half of Brits (49%) are using the same password for every single account, and at least four in ten (40%) are using the most obvious personal information to create them like pet’s names (16%) or birthdays (12%). Using common passwords like these makes Brits easy prey for fraudsters.

The survey showed that another basic precaution being ignored by many is installing security software. Just one in four puts security software on their mobiles or tablets (21% and 18% respectively), putting them at a significantly higher risk of spyware, spam, viruses and fraud. This is significantly behind PCs and laptops which are protected 89% and 91% of the time.

It’s not just down to technicalities

It is not just a lack of security that is putting people at risk online but there are a number of other behavioural misdemeanours, particularly when it comes to using social media. For example, the survey found that nearly a third (31%) of social media users have accepted a friend they don’t know in real life, and a quarter (26%) regret something they have posted online. Almost a third (31%) of Snapchat users also do not filter their messages and will accept them from anyone, leaving them open to abuse or inappropriate content.

Nearly two thirds (59%) of the respondents have had bad online experiences – ranging from an email account being hacked right through to having our credit or debit card details stolen. While time lost trying to sort out the problem was the main gripe, for those who lost money, the average was £236 per victim.

People can get involved in Get Safe Online Week via Twitter (@GetSafeOnline) and Facebook (Get Safe Online) where experts will be on hand throughout the week to answer any questions and give advice on how to be safe online.

Online Code of Conduct: Simple steps to Get Safe Online

· PUT A PIN ON IT: Whether it’s a phone, website or a social media account, your first line of defence is a PIN or password. Never use the same password, make sure it is hard to guess (don’t use your pet’s name, your birthday or your favourite football team) and never share your passwords with anyone.

· BE SOFTWARE SAVVY: Protect all your devices with anti-virus software and make sure you regularly install updates to any programs or apps, as they often include improved security settings.

· KEEP IT PRIVATE: Check the privacy settings on all of your social media accounts so that only the people you want to share your information with can see it.
· SECURE THE WIFI: Make sure your home WiFi is protected with a strong password that only you and your family know. When out and about never use a hotspot that may be unsecured, especially when what you’re doing is personal or private.

· LOOK FOR THE PADLOCK: When shopping or banking online always check there is a padlock symbol in the web browser window when you have logged in or registered, and that the web address begins with ‘https://’. The ‘s’ stands for ‘secure’.

· BID SMARTLY: When using an auction site, make sure you never transfer any money directly to a bank account or hand over any personal details. If you’re thinking of making a big purchase like a car, or finding somewhere to live, always make sure it exists and is genuine.

· POST IN HASTE, REPENT AT LEISURE: What goes online stays online so never say anything that could hurt, anger or endanger yourself or someone else.

· MANAGE YOUR MESSAGES: Never open or forward a suspicious looking email, or respond to a social media message from someone you don’t know.

· REPORT IT: If you are a victim of online crime, report it to www.actionfraud.police.uk, this way we can all help to make the
internet a safer place. 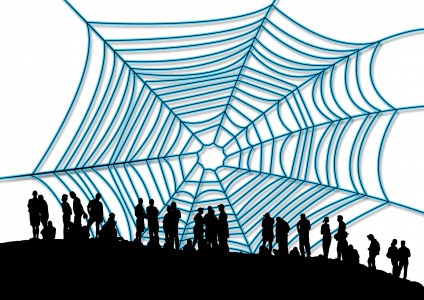 Also to mark the first day of Get Safe online week, another research shows how children are exposed to danger from the web.

18% of 9-11 Year Olds Admit Meeting up with Strangers They Speak to Online, According to New Primary School Survey

The first results from a survey of 1,162 pupils by the (ISC)2 Foundation’s Safe and Secure Online Programme on primary school children’s online behaviour has found that almost one-fifth of year five and six pupils have met with someone in the real world they have previously talked to only online. Half of these children did so without taking anyone with them, whilst 18% of pupils surveyed reported feeling personally uncomfortable or upset when chatting with an online contact they have never met in real life.

The concerning findings may be in part explained by 15% of respondents saying their parents never check their online activities, with over a third accessing the Internet from their bedrooms. Over 30% of respondents have never received any information on how to safely use the Internet. Another concerning finding centres around how many of the children surveyed lie about their age in order to gain access to popular social media sites such as Facebook, which usually have a minimum age requirement. From the pool of survey respondents who claimed they are active on social media, 32% said they were 2-6 years older than their actual age and one in ten claimed they were 5-9 years older. Additionally, 8% were using accounts which said they were aged between 18 and 25.

Alongside concerns over child safety, the results also reveal the impact of the length of time spent on the Internet by the 9, 10 and 11 year olds surveyed, particularly in regards to how late at night they are staying online. 43% of respondents use the Internet every day, whilst one in five use (or have used) the internet after 10pm, and an additional 7% have used it after midnight. As a result, it is perhaps not surprising that over 30% of school children admit to having been tired in class as a result of being on their computer late at night. Almost one in eight (12%) state they have even been late to school after using their computer late at night, with 3% having missed a day of school.

This survey was carried out by Tim Wilson, an information security professional and school governor for the past 14 years, and member of the Safe and Secure Online programme run by the (ISC)2 Foundation. . The programme was introduced by (ISC)2, the largest body of certified information security professionals worldwide, in 2006 to offer Internet security experts the opportunity to educate children on how to protect themselves online and become responsible digital citizens.

After carrying out a sample survey and garnering shocking results at the school where he works, Tim conducted the survey at other schools when he presented the Safe and Secure Online Programme. The results announced today are collated from his visits across 15 primary schools in South East London, Kent, and Guernsey. “Young children seem to approach the real world and the virtual world very differently, and as a result, their perception of safety is skewed when spending time online,” said Tim Wilson.

“For parents, there is a strong call to action to ensure they are engaged in how their children use the Internet,” Wilson continued. “Bringing the family computer into the living room and having open conversations about potential online dangers will help them play a more active role in the relationships children are increasingly starting online. Parents should ensure their child is comfortable enough to discuss seeing something they shouldn’t online. For teachers and schools, the results point to an urgent need for more education on Internet safety to pupils, staff, and parents, especially with Ofsted monitoring pupil attendance and lateness.  Fortunately, there are free resources like the Safe and Secure Online Programme to help guide them toward sound choices online.”

Other statistics from the survey include:

· 47% of respondents have used the Internet to shop online.

· 6% have posted a picture of themselves online or sent a picture to someone by text message that they would NOT want their family (Mum, Dad, Aunt, Uncle or Grandparent, etc.) to see.

· 42% of respondents admit to using a Web cam when online.

This entry was posted on Tuesday, October 22nd, 2013 at 10:30 am and is filed under Parenting Skills. You can follow any responses to this entry through the RSS 2.0 feed. You can leave a response, or trackback from your own site.