While many of us are looking forward to spending an extra hour tucked up in bed this Sunday morning, many parents will be dreading the effect the clocks going back will have on their children. 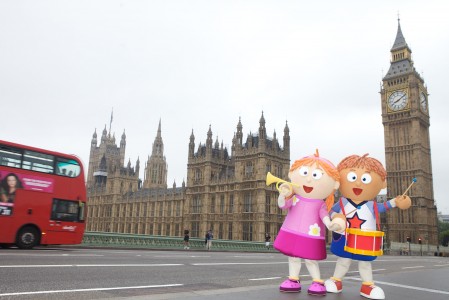 In a survey carried out this week by children’s television show Tickety Toc, which questioned 1000 parents of children aged between 0-5 years, nearly three-quarters (71%) of parents said that the clocks going back an hour has a negative effect on their child.

Despite the children’s routine only being adjusted by an hour, the side-effects are varied and in some cases long-lasting. Over 70% of parents describe their child as showing “jet-lag” type symptoms including them being more tired and irritable during the day (30%), their behaviour being worse (12%), they are more upset or emotional than normal (13%), wanting to eat at different times of day (17%) and it being more difficult to get them to bed at their normal time (18%).

More than 3 out of 5 (67%) parents surveyed said that it can take up to a week to get their children back into a normal routine, with 14% saying it took up to 3 weeks to get them settled again. 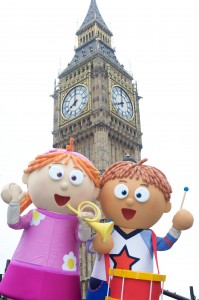 Nearly a third (29%) of parents would allow their child to get into their bed if they promised to be quiet, whereas 12% said they would be firm and keep returning the child to their own bed until their normal waking time.

Tickety Toc, the children’s TV programme which commissioned the research, is shown daily on Channel 5’s Milkshake! and digital channel Nick Jr. Executive Producer of the show, and one of the founders of CBeebies, Nigel Pickard said: “Tickety Toc is a slapstick animated comedy aimed at pre-school aged children, set inside a Clockhouse. The programme really taps into the concept of daily routine and each episode is themed around a specific “time” of the day. The feedback we’ve had from parents is that routine is crucial to the development of pre-schoolers and this research just shows that despite the clocks only going back one hour, the effect that time difference can have on these children is quite staggering.”

The survey revealed that 37% of parents would like the clocks to remain the same all year round, 32% want them to change, 31% were undecided.

This entry was posted on Friday, October 25th, 2013 at 1:53 pm and is filed under Parenting Skills. You can follow any responses to this entry through the RSS 2.0 feed. You can leave a response, or trackback from your own site.