NO FAULT DIVORCE – what does this mean to us?

The UK laws of divorce have not been reformed since their introduction in 1969. However there was a move and introduction to No – Fault Divorce shortly after 1970. 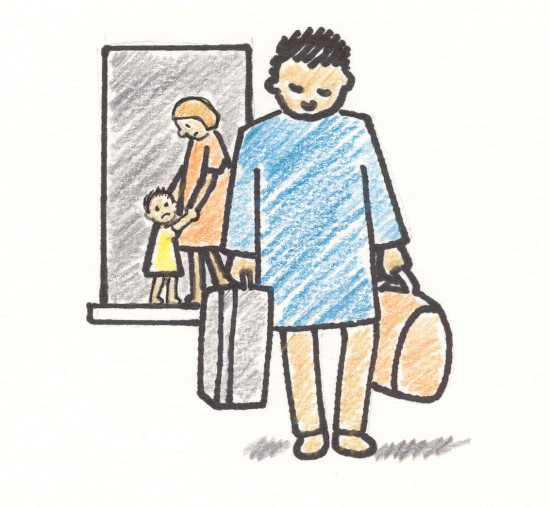 No-fault divorce is a divorce in which the dissolution of a marriage does not require a showing of wrong-doing by either party, and those interested in further reading can look to a resource like this https://www.petersmay.com/blog, where they will find an entire post written by legal professionals explaining what this is, and other helpful posts that can clarify various aspects of divorce. Laws providing for no-fault divorce allow a family court or other court to grant a divorce in response to a petition by either party to the marriage, without requiring the petitioner to provide evidence that the respondent has committed a breach of the marital contract. Laws providing for no-fault divorce also often limit the potential legal defences of a respondent who would prefer to remain married.

At present, couples can be legally parted within six months if one party is shown to be at fault.  The most common grounds are unreasonable behaviour, which can include committing adultery or devoting too much time to one’s career.  However, more and more valid reasons are now beginning to diminish through No-fault divorces. One case consists of a Judge ruling against a woman who argued at the Court of Appeal that her husband shouldn’t have been allowed to divorce her over ‘trivial’ matters. She did not want the divorce and wanted to fight for her marriage but it was ruled against her. She is one of many.

No-fault laws take away the need to find fault. No-fault divorce law gives either party the freedom to file for divorce with only the claim of “irreconcilable differences.”

Jill Kirby, who writes about family life, said: ‘The less the courts consider fault in divorce, the greater the sense of injustice felt by the spouse who thinks he or she was not to blame. ‘If one partner abandons the other, that should be taken into account .When it comes to dividing possessions, it is extraordinary that no account is taken of adultery or other fault.’

Owen Bowcott, legal affairs correspondent guardian.com, tends to take a different view. Owen states, In the 19th century and for much of the 20th, divorce was a matter of social status – it mattered whether you were divorced or not, and if you were, it was important to demonstrate that you were the ‘innocent’ party.  But Society has moved away from viewing divorce as shameful, removing the need for one partner to be deemed “innocent” to keep their social status, he said. “I am a strong believer in marriage. But I see no good arguments against no-fault divorce.”

There are certain examples with positive and negatives to a no-fault divorce. Positives such as

(According to Cathy Meyer, About.com Guide)

–       States in America that have adopted the no- divorce law have seen a decline in the rates of domestic violence. These laws have been said to empower a man or woman in an abusive marriage and make it easier to leave.

–      And it Shortens the length of time it takes to obtain a divorce, which, in turn, shortens the amount of time in a stressful situation. etc

However in a negative example,

–      No – fault divorce has given more power to Family Court Judges in deciding issues such as custody, splitting marital assets and spousal support. When there is no one at fault, A judge’s decisions are based on his feelings and feelings are not always objective.

It is disturbing to see how The Family Court system has now completely flipped its allegiance simply because they were tired of dealing with feuding couples. Highlighting the word ‘FAMILY’ in their name shows strong contradiction in that now what they are supporting is the exact opposite of the word.

When Divorce laws originated grounds for the divorce had to be established.  But now if one party of the marriage wants out despite the feeling of the other party it is permitted.

(According to Cathy Meyer, About.com Guide)

A few states In America such as Louisiana, Arkansas and Arizona have now passed laws that give couples the option to choose, before they marry, which laws they would want to apply to their divorceshould the marriage end. They can choose between “covenant marriage” or the no-fault option. In covenant marriage, couples agree to pre-marital counseling and to limit the grounds and options should they decide to divorce.

If the value of marriage has lessened then more and more spouses are not bothered by the difficulty in divorce, therefore unfortunately no longer willing to invest as much time and energy into saving their marriage.

NO FAULT DIVORCE, so what does this mean to us? There are many angles in which the opinions of no fault divorce can be looked.  Depending on which side of the divorce a person is standing will determine the opinion. Another important question we should perhaps be asking is what does MARRIAGE mean to us?

So; Is No Fault divorce allowing relief in the stressful situation of divorce? Or is it encouraging a lack of need to fight for marriages? Either way Marriage is not something that should be entered into without the utmost care and intention to abide by the promises that are made on the day one says ‘I do.’

I am a change management chick. I help organisations cope with big changes (mergers, acquisitions, large implementations) and I coach and support people through divorce and break ups. It’s all about using the energy of the change to transform lives!

I have been working since 2000 with some of the world’s largest corporations, as a change management specialist, helping people adapt to new situations and experiences created by mergers, acquisitions and large software implementations. The techniques I use and created to help companies and individuals adapt to change were used very successfully to aid thousands of individuals within 18 separate organizations.

I went through a divorce in March 2009 and was way too busy to have an emotional breakdown so used my change management techniques to develop a rapid and intense process to heal and experienced a complete transformation. The process I used has since evolved into a clear cut 21 day strategy for getting over a divorce, capable of dealing with the most dramatic of situations.

I believe that we are living in an unprecedented time of change. The real danger for society is that people resist, ignore or run away from massive changes in their lives and consequently do themselves long-term damage. Divorce can be a very destructive force and high powered, professional career women, like myself, don’t have the luxury of time to fall apart. We want an alternative to months in therapy – something which will hold us together whilst helping us heal around our busy schedules that will also enable us to build healthy, future relationships which are drama-free. Consequently, I have developed a clear pathway, revolutionising the way people view and process change, harnessing its energy to enable deep personal transformation – beyond mere transition.

I focus on providing three benefits to my clients:
• I help people create a solid support structure which grounds them, freeing them to sustain consistent high performance, whilst dealing with the change
• The clear, effective and simple process enables people to harness the energy generated by the change to transform their lives
• Results are experienced quickly and the personal transformation is deep and profound but my approach is not for the faint-hearted as I work within an intense 21 day period

How I currently deliver this is…
> Through corporate change management consulting and programs which I run
> Through one-on-one coaching with high powered career women.

Also, so that more women all over the world can access the breakthrough results I have achieved, I have written a book entitled ‘The Naked Divorce – 21 days to emotional freedom’ which will be published by January/ February 2011. I am also developing a series of audio and video divorce crisis programs which help women get over their divorce within 21 days. These programs can be accessed online and used around their busy schedules to maintain their high performance.

To sum this all up. I am all about helping people adapt to change quickly, whilst experiencing great transformation.

The best way to connect with me is by email or phone!

When I am not focused on change, I love motorcycling, India, Cuba, South Africa, english bull terriers, the beach, being a Pescatarian, triathlons, travelling, romance, dancing salsa, painting, singing at the top of my lungs and riding my motorcycle wherever I damn well please. Life is for living, so sieze the day!

Tags:  adele theron divorce Tips
This entry was posted on Saturday, July 14th, 2012 at 9:10 am and is filed under Parenting Skills. You can follow any responses to this entry through the RSS 2.0 feed. You can leave a response, or trackback from your own site.