Is the Online Gaming voice chat feature suitable for children?

We’ve all had that gaming session where it was just top notch. The ones which you remember and try to recreate, the ones where you try to game with the same people time and again. Even when you’re fighting against another team, it’s the camaraderie and chat that can turn a good session great. For such a small part of the game it has a huge impact.

Yet it’s the one part of the game which can rarely be controlled by the game makers. They spend years planning the route players will take through their worlds, how teams will beat a challenge and progress. But they cannot prescribe how players talk to each other.  It’s for this reason that we need to ask if online gaming chat is suitable for children. 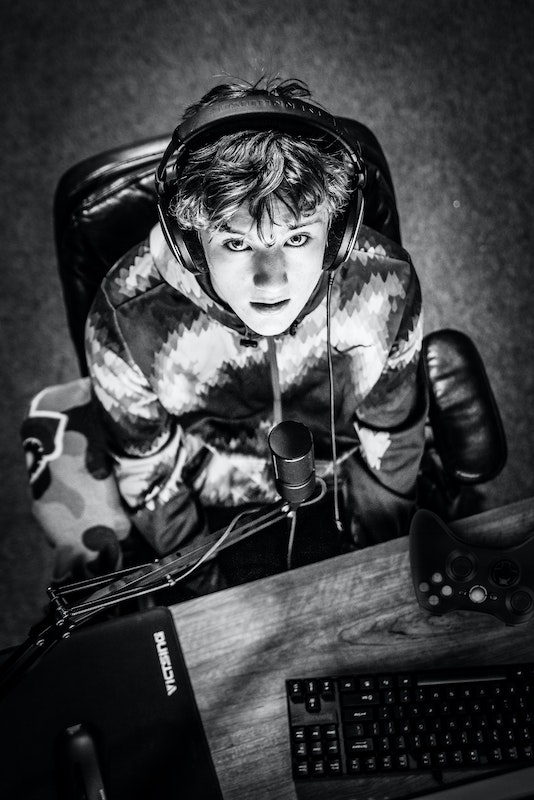 Photo by Todd Trapani on Unsplash

There is always going to be areas of town that we don’t want our children heading to. There’s the rough parts of the city which we warn them about, and tell them not to go to. In this respect, there’s no difference to life in the gaming world too. There are 18+ games which are purely aimed at adults and which breed an angry atmosphere and colourful language.

Playing a game with a rating of 3, 7 or 12, will give you the best chance to avoid any adult language. They’re safe spaces for children to play in and have an amazing time gaming.

When we watch professional players performing in the major tournaments, we see them lead by example. The players are judged on their language and can be kicked out of a tournament if they become threatening or abusive. It makes them great role models in terms of how we should interact with each other and still play at the highest level.

One of the easiest things to suggest is that your child watches a rocket league tournament  . The behaviour of the players will rub off on your child. The way they lead by example, with engaging chat, but missing any form of abuse, is a great example to follow. Rocket League is a great example as it is also an age appropriate, non-violent game.

The best advice for anyone worried about the chat and content their children are going to be experiencing when they play, is to join them. Grab a controller, sign in and play alongside your child. It’s great bonding time and gives the oversight most parents would be reassured by. It gives the ability to hear what and who is going to be engaging with your child, it shows you exactly what is going on.

If you’re not a gamer, then there is the really simple option of removing the headset and making your child use a microphone and speaker set. Even if you’re not gaming at the same time, having the oversight by hearing what is going on, would give you the ability to judge the appropriateness of the content and the chat your child is engaging in.

Online gaming chat can be a great place and can really add to the game play. Choosing the right game and following the right role models can really help keep it a positive experience.

This entry was posted on Friday, July 1st, 2022 at 5:03 pm and is filed under Parenting Skills. You can follow any responses to this entry through the RSS 2.0 feed. Both comments and pings are currently closed.