Father’s Day: 1 in 10 Brits voted Tom Hanks as the No.1 movie father figure

Every year, we look forward to treating our Dads on Father’s Day, and this year it’s more important than ever after months of lockdown. Father’s Day falls on this Sunday, 20th June, and to celebrate, Sony Pictures Home Entertainment has commissioned research into the film habits and cinema favourites of people across the UK. 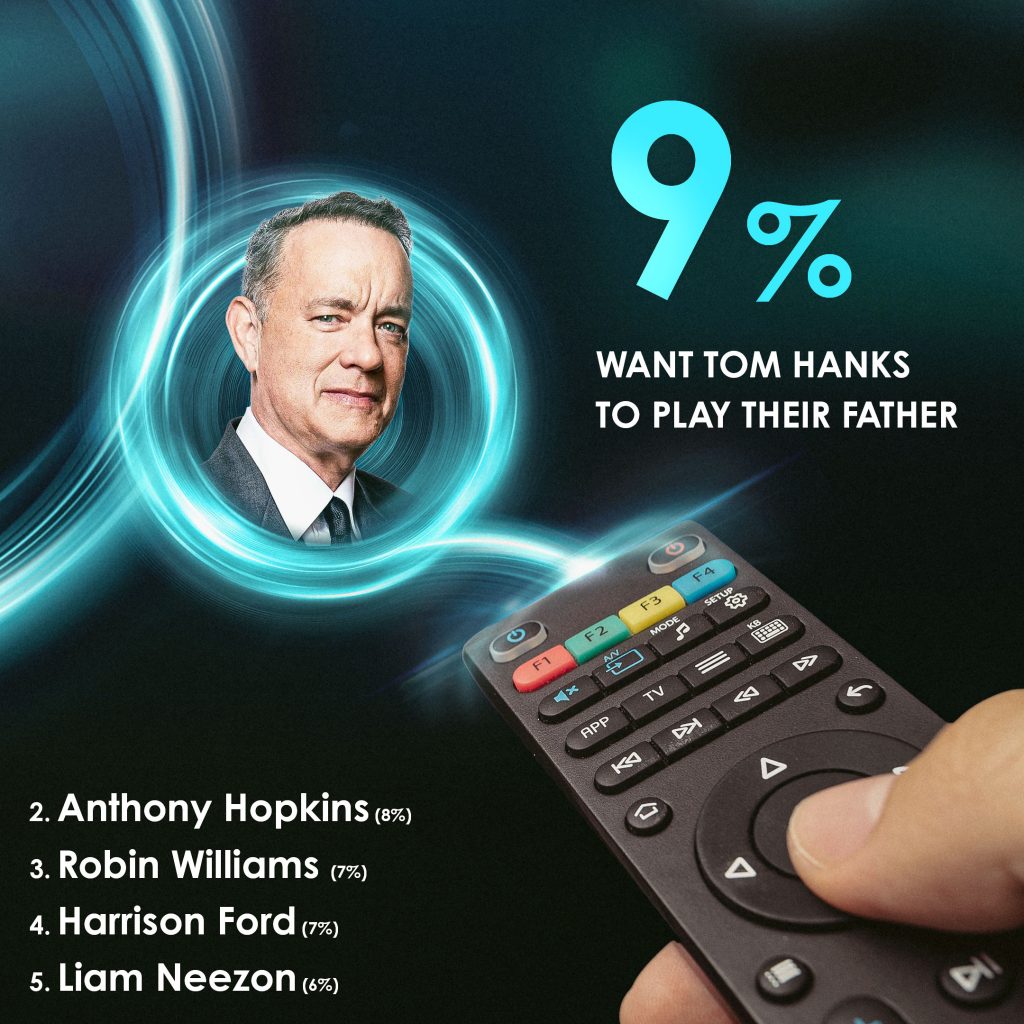 The new survey – conducted with 2003 U.K. adults  aged 16 and older in May – has found that one of the main things that would make the ideal Father’s Day is enjoying a Movie Night (22%). Other things that those who took part said would make the ideal Father’s Day are spending time with the family (49%), a nice meal (44%) and going for a walk (24%). 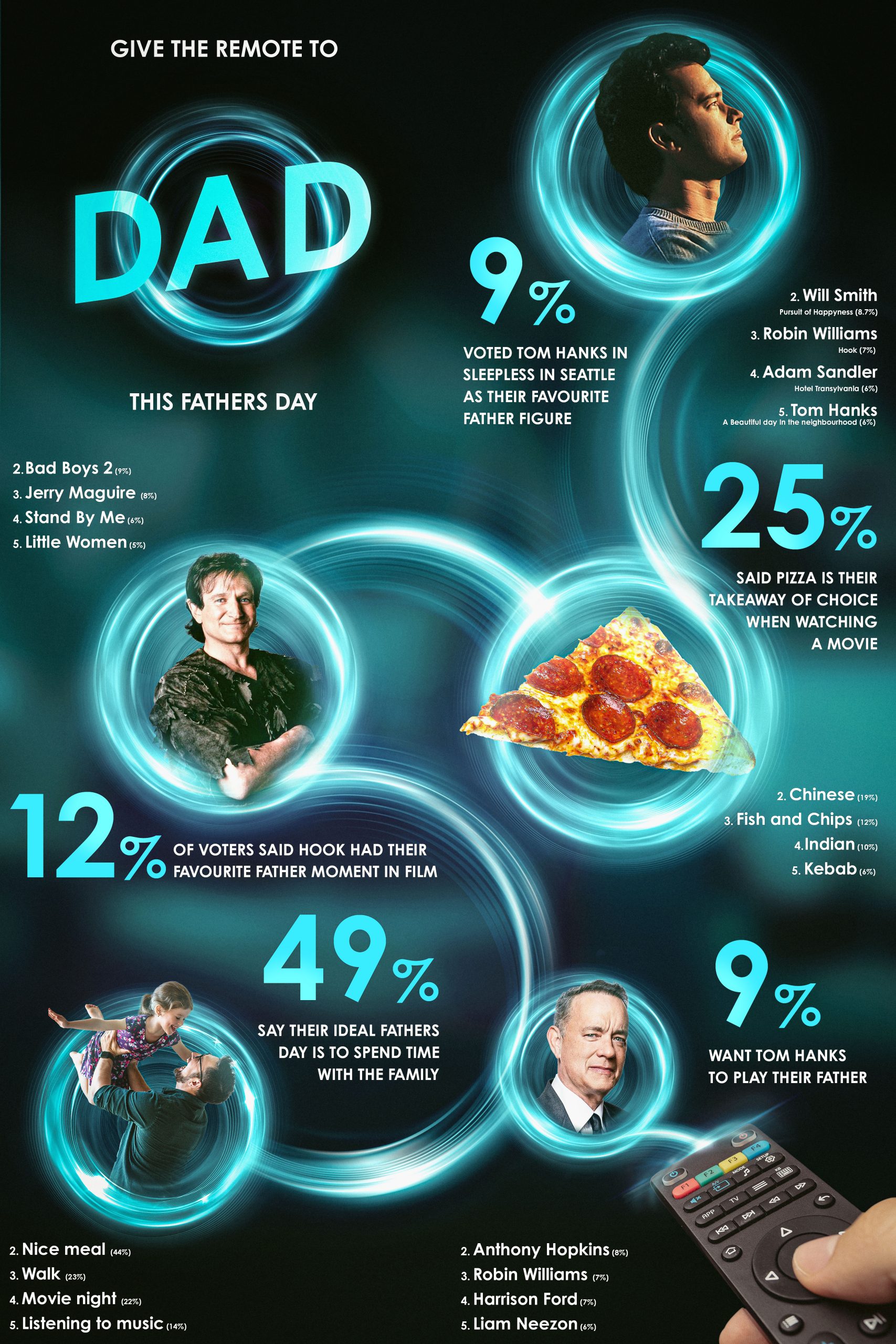 Asked who they would want to play their Dad on the big screen, Hollywood’s Mr Nice Guy, Tom Hanks, came out on top (9%). The actor has recently cemented his good guy image with a number of hits including A Beautiful Day in the Neighbourhood. Hanks was closely followed by Anthony Hopkins (8%), the late Robin Williams (7%), Blade Runner 2049 star Harrison Ford (7%) and Liam Neeson (6%).

Hanks featured numerous times in the results – overall 1 in 10 of those surveyed named Tom Hanks as their favourite, partly in thanks to his role in Sleepless in Seattle. In this sweet romantic comedy for all the family, a recently widowed man’s son calls a radio talk-show in an attempt to find his father a partner. Will Smith claimed second place (8.7%) in the poll’s Father Figure results winning people over for his Oscar nominated performance in The Pursuit of Happyness about a salesman struggling to build a future for himself and his 5-year-old son played by Smith’s real-life son, Jaden.

Robin Williams’ “Run home Jack” scene in Hook hit a homerun as the top father moment in a movie (12%), according to the survey. Clearly audiences haven’t grown out of the magical Peter Pan movie. Runner up Father Moments on film included Martin Lawrence and Will Smith in Bad Boys 2’s “first date” scene (9%) and Tom Cruise in Jerry Maguire’s “the zoo’s closed” moment, when we watch the title character having a heart to heart with his step-son Ray (8%).

The findings are clear, to really show Dad some love this Father’s Day settle for a good film at home and order a pizza! The pizza roundly beat off competition as the top food to chow down on while watching a film (25%). The movie menu was then made up of a Chinese takeaway in second place (19%), followed by fish and chips (12%) and then Indian food (10%).

The full results are as follows: 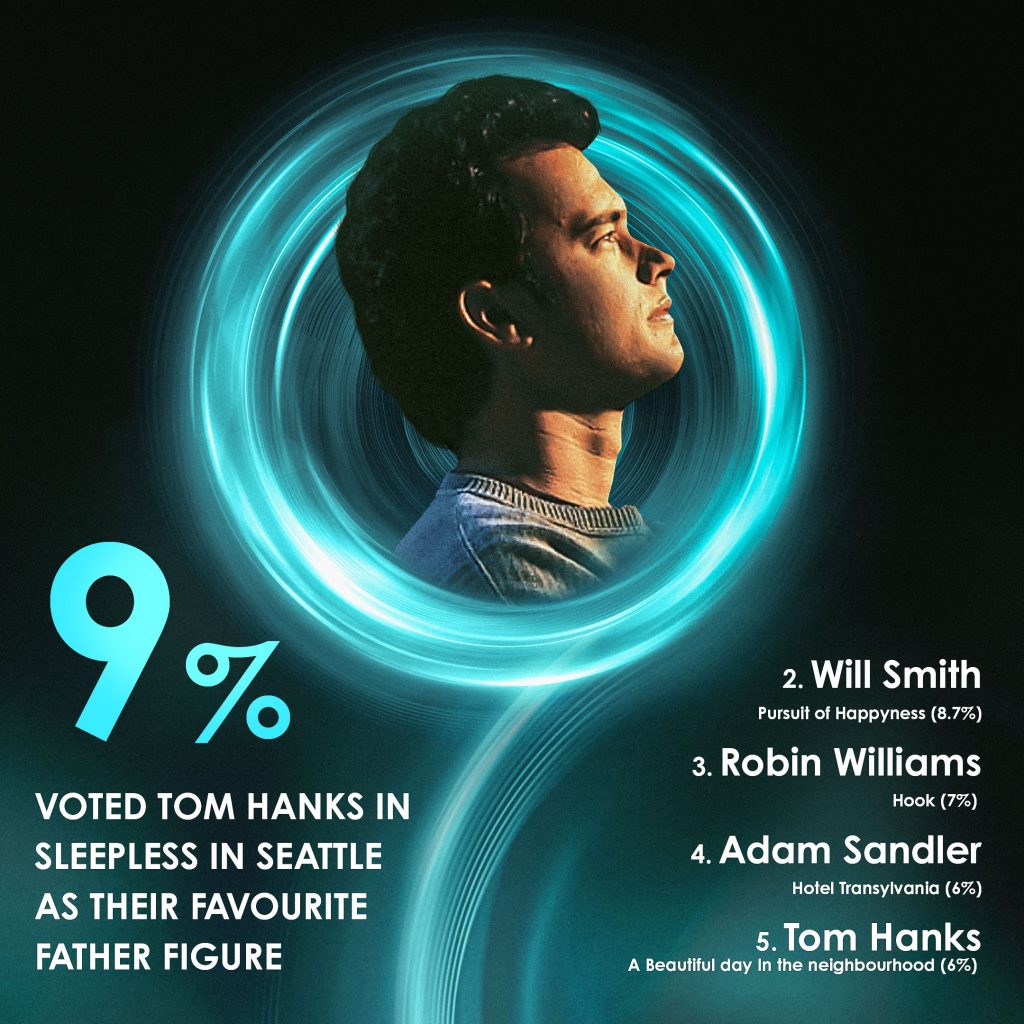 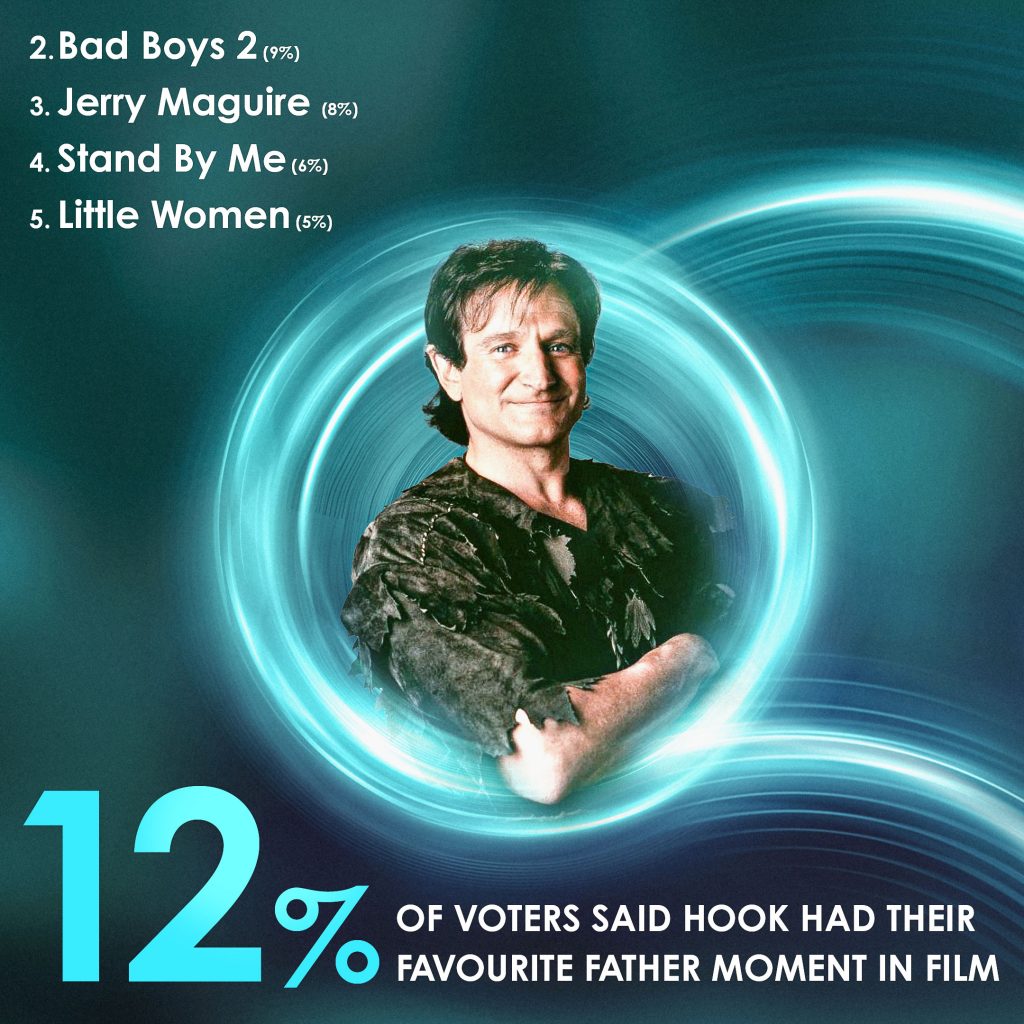 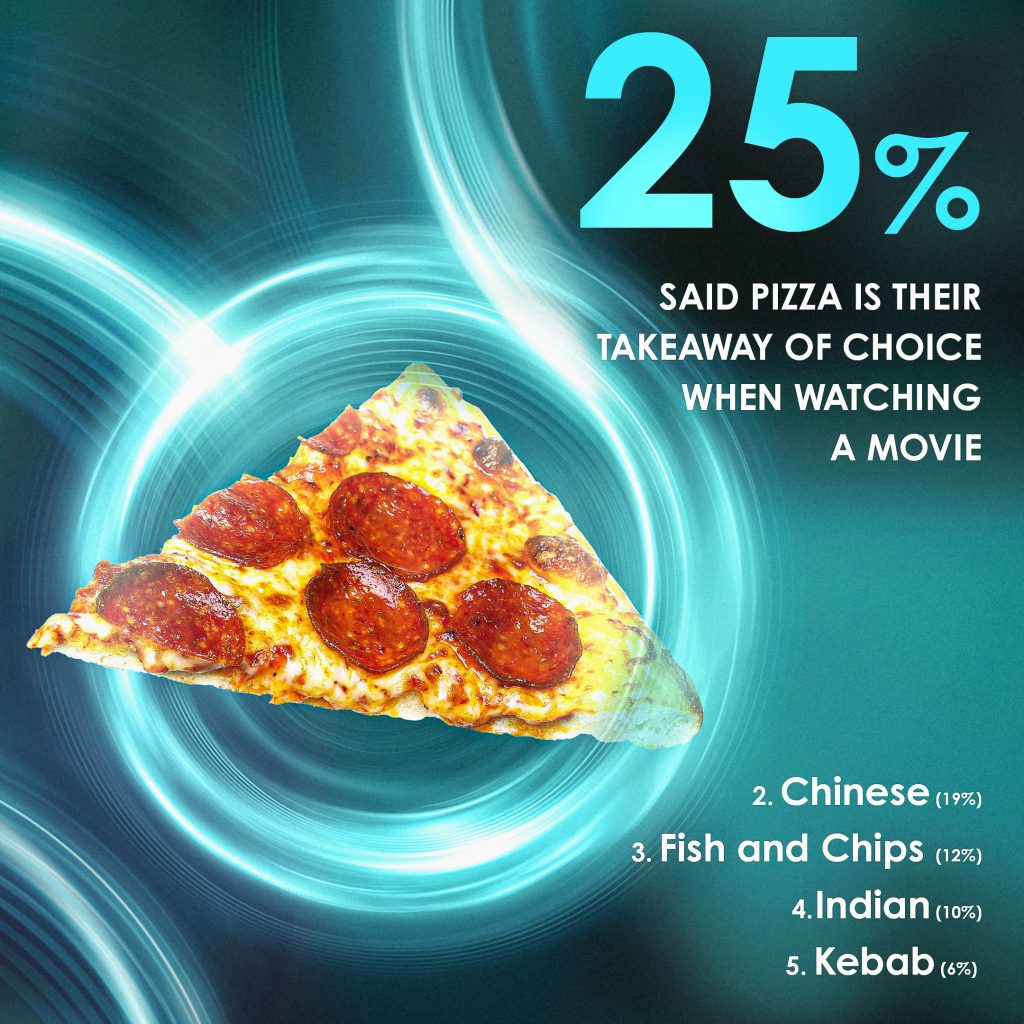 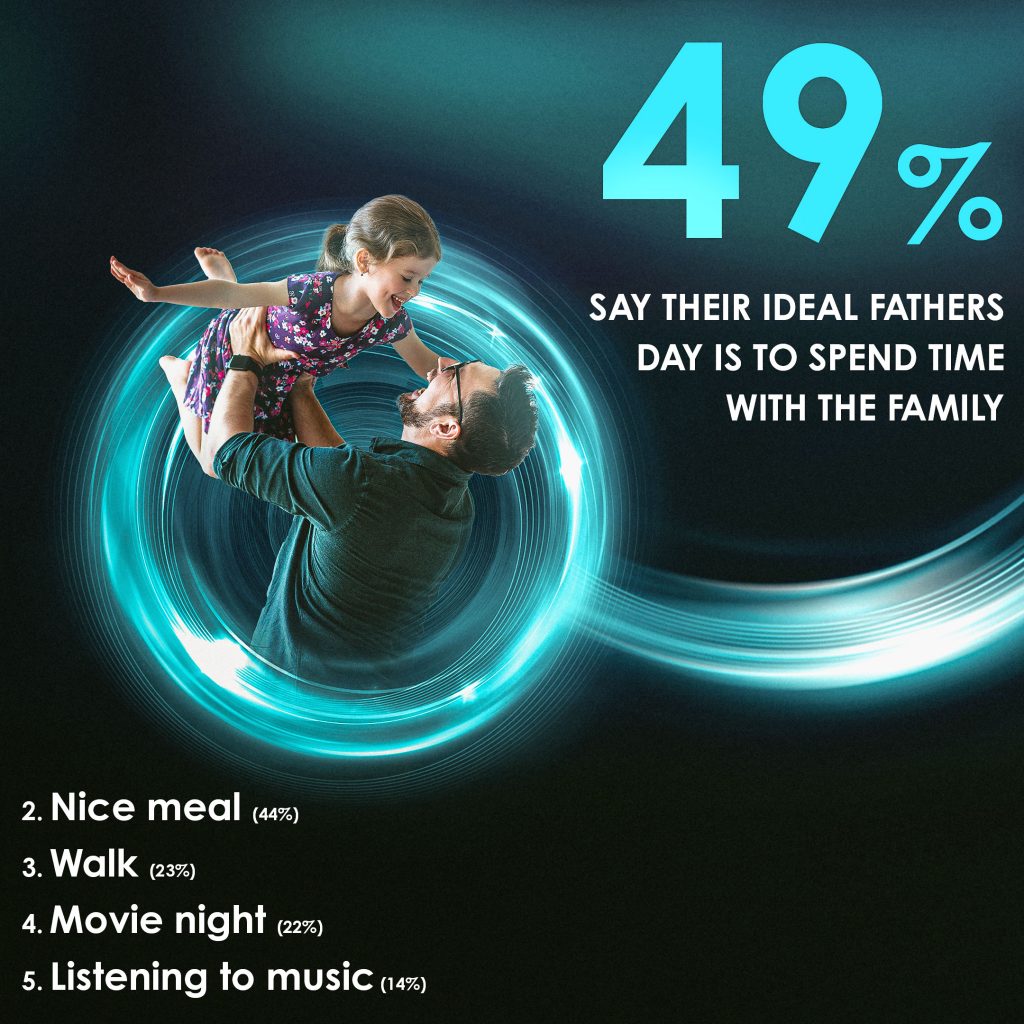 Who would play your Father:

This entry was posted on Friday, June 18th, 2021 at 11:52 am and is filed under Parenting Skills. You can follow any responses to this entry through the RSS 2.0 feed. You can skip to the end and leave a response. Pinging is currently not allowed.