Uri Geller is one of the world’s most investigated and celebrated mystifiers. He is well-known throughout the world as a controversial psychic entertainer, television personality. Uri is famous for his ability to bend spoons seemingly with the power of his mind and for his friendship to Michael Jackson. He is a busy dad of very successful grown up children who don’t bend spoons but are very courageous people in their own way and proud of their dad who has also a career as motivational speaker, author (he has written fifteen books to date) and helps a lot of less fortunate human beings through numerous charities. 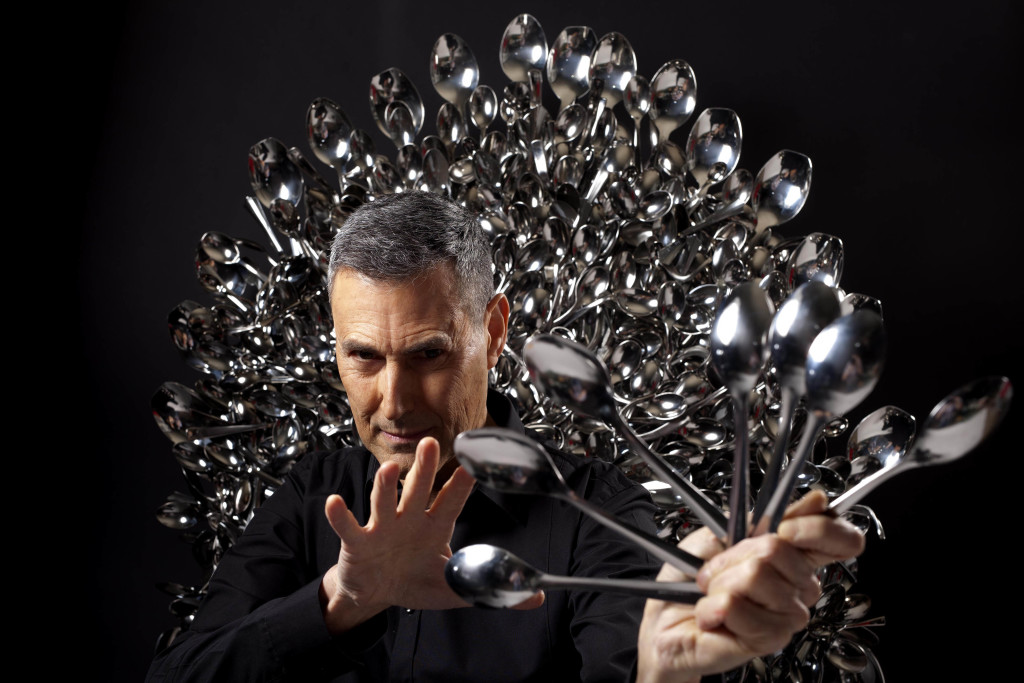 You have had a very exciting life so far! What do your children love the most about you and your job?

UG: That they themselves don’t bend spoons! They’ve tried, but then they realised that’s not what they want to do. Natalie lives in Los Angeles and she loves it there. She got married about a year and a half ago. She’s a part time actress and also she works in casting. In today’s day and age with the internet and Skype etc. I can see her every day.

My son was a criminal barrister in London, and both of them went to local schools here in the village. Beginning with primary school, then blue coats, and then Dan went to LSE, then to law school. Then he went to America and became an American lawyer in California. He then became a lawyer in New York, and then came back and wanted to work for the crown prosecution service, so he’s now working there.

When I speak to him, he smiles but he never tells me about his work. He’s very confidential, but I’m sure that somewhere or someone has asked him whether he’s Uri Geller’s son! 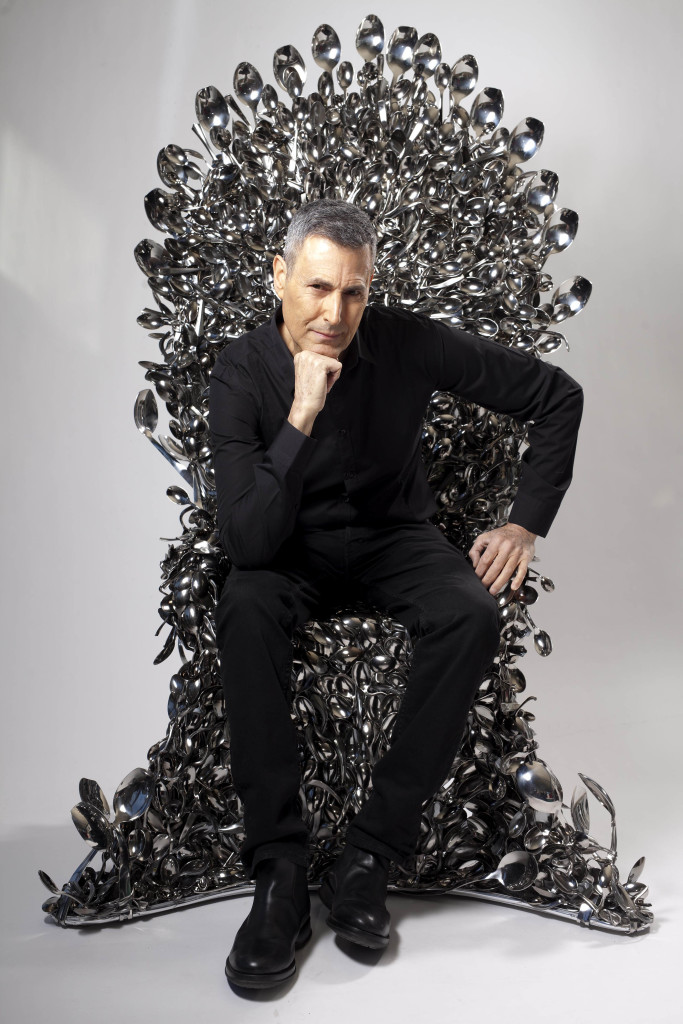 What is your parenting style?

UG: Yes. My main concern was that they would be spoiled. Like many rich people’s kids, they could buy anything and I was concerned about that, so I took Daniel to Brazil. We went up to the Favelas and saw how poor people live, who have no money to buy shoes and not enough food. I believe that changed their outlook on life, and after that they never wanted anything from me. So that was a very positive move, and I urge dads to go to Brazil. In fact, you don’t have to go to Brazil; unfortunately there’s poverty everywhere. But try and influence them and show them how other kids live. Teach them to have an attitude of gratitude.

Do your children also have psychic skills and paranormal powers?

UG: There was a time, when they were young, I could do telepathy with them. Daniel and Natalie were extremely telepathic and very intuitive. Very sensitive; they could read people. I don’t know if they used telepathy or whether they used some kind of innate dormant power that we probably all have. But, because they were around me and saw my lectures and work, I think they learnt a lot from that. I wouldn’t be surprised if, when Daniel is in court, he automatically or naturally uses a lot of intuition. Maybe they’re also very good at reading people by body language and facial movement; all of these are little items on your personality and character that reveal a lot about you.

I personally think it’s very good for Daniel’s job because you’re working with people. He adheres to the law though, and doesn’t tell me anything.

Natalie on the other hand is a more bubbly character and always has been. She’s very courageous; I remember she once told me “I’m jumping out of an aeroplane!” I was a paratrooper, so I’ve jumped out of hundreds of planes, but I told her “Natalie you’re going to jump out of a plane, aren’t you afraid!” but she didn’t even hesitate. Which reminds me, in Brazil, someone asked Daniel if he wanted to jump off a cliff with a hang glider, and he didn’t hesitate either! So he buckled up and jumped off! Courageous kids…

But yes, we’re very family-orientated. Every day I speak to Natalie and I’m in touch with Daniel. Every chance I get to be in London, we go for dinner together and they come here etc. He is gifted in languages and can speak German, French, English, Hebrew, Hungarian, Spanish and some Japanese. 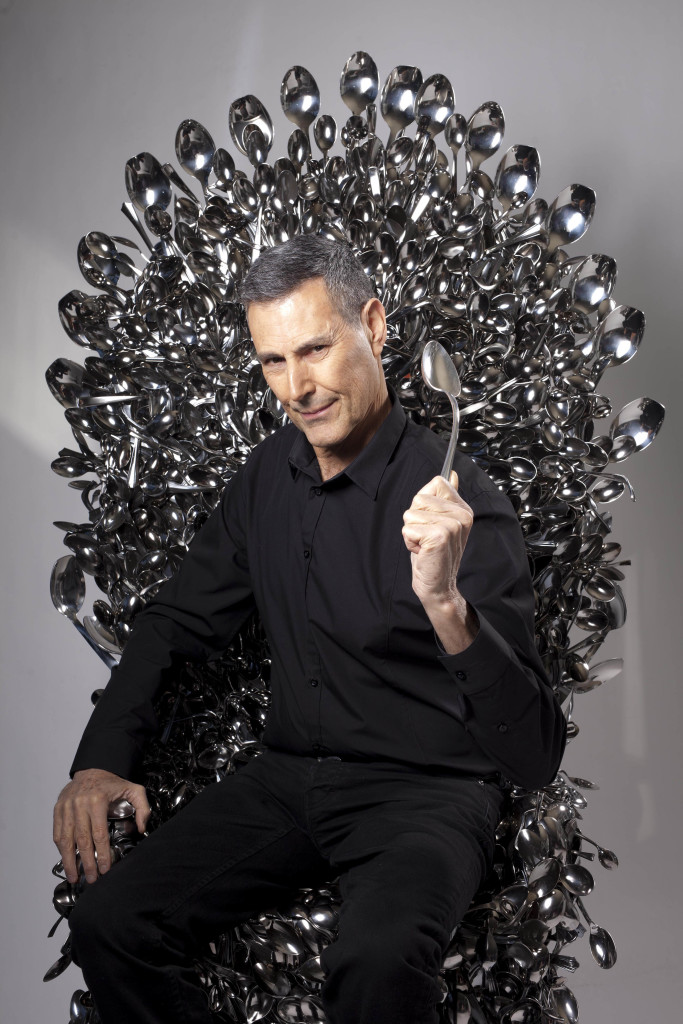 UG: I got an email from a kid in San Diego yesterday who wanted an autograph from me. I said to him “look, if you’re 14 I’ll send you a postcard on these conditions: that you focus on school, believe in yourself, set a target to go to university, start thinking positive, never smoke or touch drugs and that you think of the success”. And he promised me he’d be a perfect student etc. I mean, I would have sent the autograph anyway – I send about 20 per day – but it’s just a tool for me; I use the ability to bend spoons almost like a placebo effect to get people to think positively.

Can you share a secret behind your ability to bend spoons with London Mums?

UG: Spoon bending is very rare; if everyone could spend spoons, I wouldn’t be sitting here now being interviewed! It would be another talent like playing the piano or something.

If you were King of Britain for the day what would you do?

UG: I’ve never been asked that! My answer would be kind of a serious answer. There are so many things. I would focus all of the major television stations on Uri Geller telling children not to smoke. I stopped over 57,000 people from smoking with one television appearance in Germany!

Are you excited to be working with Kellogg’s on spoon bending for kids?

UG: Yes! When Kellogg’s got in touch, I was elated because it’s about spoons and it’s going to be fun to receive a spoon – especially with your name on it – I said yes right away! They also built the throne of spoons for me, which will be unveiled at Westfield Shepherds Bush. So come along if you can; I’ll sign autographs and take pictures – bring your kids because they will be amazed!

Uri Geller is fronting the Kellogg’s personalised spoon campaign and will be hosting a spoon bending master-class at Westfield London W12 on Saturday 24th January. To register for the event, email spoons@kellogg.com  and to find out how to get your personalised spoon, go to www.spoon.kelloggs.com

This entry was posted on Wednesday, January 21st, 2015 at 10:06 pm and is filed under Parenting Skills. You can follow any responses to this entry through the RSS 2.0 feed. Both comments and pings are currently closed.