Doing It Like The Dutch: Four tips from the world’s best sex educators

The question to ask yourself is, what would a Dutch parent say?

Dutch teenagers are the happiest in the world, and with holistic sex education from the age of four, they’re having first time sex they don’t regret, and experiencing the lowest teen pregnancy rates in Europe. In Holland, under-25s account for only 10% of STIs (sexually transmitted infections). As you can image (we hope you don’t have first-hand knowledge) in the UK it’s over 50%. 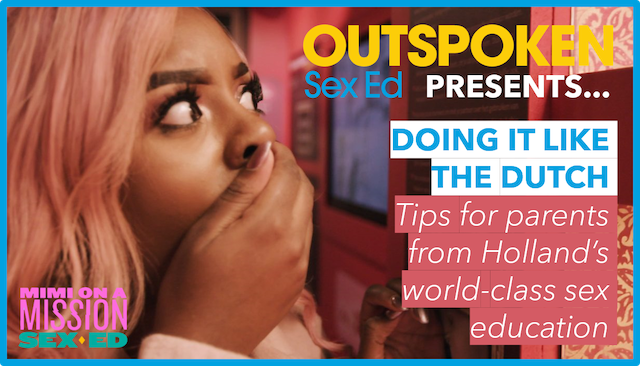 Here are the top tips from our line-up of Netherland-savvy sex education experts, including journalist Mark Smith, primary school relationships and sex education teacher Jonny Hunt and Producer of the BBC series Mimi On A Mission: Sex Ed Ida Bruusgaard. 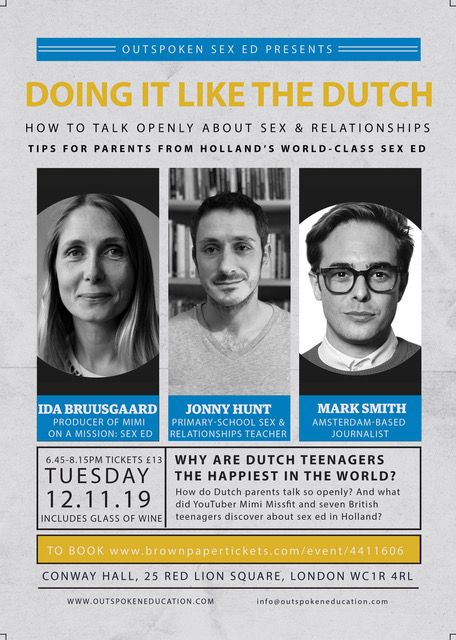 Many of us want to talk openly with our children, but we didn’t always have the best sex education ourselves. If you’re unsure about where and how to start the Outspoken Sex Ed website, made especially for parents, can help.

Learn more at ‘Doing It Like The Dutch’, 12 November at 6.45pm in the Conway Hall, Red Lion Square, London WC1R 4RL. Book your place here.

This entry was posted on Wednesday, October 23rd, 2019 at 11:10 am and is filed under Parenting Skills. You can follow any responses to this entry through the RSS 2.0 feed. Both comments and pings are currently closed.