The Child Internet safety summit this year in London was extremely resourceful for parents and teachers alike looking for solutions to their concerns on e-safety. The overall message was perfectly summarised by AVG® Technologies new #SmartUser project’s tagline ‘If you wouldn’t do it in real life, then don’t do it online’.

In this post we cover the results of a new online survey that highlights a worrying underestimation of online dangers by parents, as they are too quick to shift the blame for children encountering dangers online onto others, rather than shoulder it themselves. We have also put together a list of free resources available to parents interested in learning more about child internet safety. 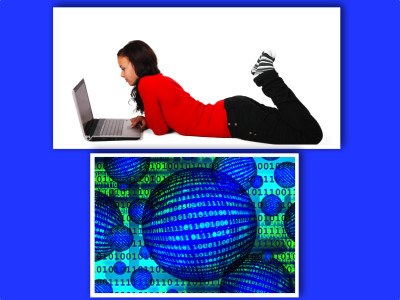 All speakers agreed that cyberbulling starts from life off-line, in the playground and at school (where kids spend a total 11,000 hours in their school years). Teachers and parents alike need to put more effort into educating children on internet dangers and into ways to becoming smarter users.

But as it seems from a new research released by online security company AVG® Technologies, which has more than 200 million monthly active users, there’s a lack of urgency to safeguard Generation Z, despite one in three children encountering dangers online. In today’s ever-connected world, online dangers can present themselves around every virtual corner.

The findings reveal that more than a third (35%) of UK children have encountered dangers online while at home – a figure that rises to 40% among tech-savvy ‘tweens’.

Despite this reality, a quarter (24%) of all parents have no plans to educate their children about online risks – and this is particularly the case for those with older children, rising to one in four (39%) parents with 10-12 year olds, and two thirds (62%) of parents with 13-16 year olds.

When asked why, two in five (44%) parents believe their child is sensible enough to know what to avoid online, 22% think it will just be too awkward to discuss, and one in seven (14%) simply don’t think it’s necessary.

These startling findings highlight the growing need to educate both children and parents about the threats that lurk online.

Tony Anscombe, Senior Security Evangelist at AVG, explained: “No matter how tech-savvy today’s children are, nor how ‘technophobic’ their parents think they are, it’s important not to forget that they are still just kids. As with any other life lessons, children look to parents for guidance; and in turn, it is their responsibility to teach them good from bad.

The findings of this research prove exactly that. By assuming children know best, simply because they have grown up around technology, parents are opening up their children to online dangers – and a significant amount are falling victim to them in some form. It’s only through parents educating themselves and their children about these dangers that we’ll start to reduce the number of children exposed to inappropriate content online.”

The study also sheds light on where parents see their child’s digital habits being influenced. The vast majority (88%) say school friends and teachers play the biggest combined role, while over a quarter (26%) say friends from outside of school are also key influencers.

With 40% of parents most concerned for their child’s online safety when they are away from home, these findings highlight how they could be overlooking the online dangers within the home. While parents are rightly conscious of letting their children surf the web outside of the family environment, the findings suggest they may be too quick to shift the blame, for children encountering dangers online, onto these outside influencers, rather than shoulder it themselves.

Julia Bradbury, TV presenter and mother of three, commented: “As a parent, I’m increasingly conscious of keeping my children safe from all the risks they face – whether it’s crossing the road or playing with apps on my phone. Admittedly, it’s a lot easier to see the damage from a scrape on the knee, but – as the Internet plays a bigger role in their lives – we need to understand that virtual bumps and bruises can be just as painful.

All three of my children will be growing up around technology – they simply won’t know anything different – so it’s my job, as a mother, to make sure they know right from wrong (on-and-offline), so they can make the most of their connected world. Having those ‘awkward’ conversations is often part of parenting, and if they protect your child in the long run, then it’s something worth blushing for!”.

SmartUser is a growing movement based on the belief that everyone on the Internet is responsible for making it a better place. The objective is to make the next two billion users of the mobile Internet Smart Users, through education, to help them make informed choices about their own security and privacy – all from the first moment they start using a connected device. The SmartUser initiative driven by AVG works on the basis that if you would teach a child how to safely cross the road, there is a similar duty to teach them how to responsibly use the Internet, as well.

NSPCC
NSPCC campaigns against child pornography and looks regularly at Internet social networking aiming to also educate parents to have conversation on e-safety with their children as early as possible. Their current campaign is called #ShareAware Nspcc.org.uk/shareaware

Ofsted
Ofsted recently published the changes to inspections from September 2015 with significant provision and consideration for Online Safety. Further information on the changes and implications can be found at www.swgfl.org.uk/ofsted2015

The presentation by David Brown, HMI National Lead for Computing, covering the results of this survey can be found here.
The survey referenced a discussion on online safety issues with senior leaders, staff, governors and staff across 39 primary schools and 45 Secondary schools’ inspections.

Moviestar planet
A cool and safe social networking and gaming site for children between the age of 8 and 15.
Www.moviestarplanet.co.uk

SW grid for learning
A leading provider of e-safety for schools in the UK.
Www.Swgfl.org.uk

IWF (Internet Watch Foundation)
An organisation that aims to eliminate child sexual abuse imagery online. Parents can report inappropriate and illegal images of their children and IWF would report to the relevant authorities.
Www.iwf.org.uk

Www.gooseberryplanet.com
It’s a game that teach children about e-safety dangers and how to deal with them.

Atfirstsite.org
Aimed at secondary school teachers it is an online resource to help schools to teach how to deal with online sexual content.

EU kids online
Research and data gathered by the LSE across Europe and beyond available for other organisations to understand the subject of opportunities and threats of kids engaging with the Internet. Www.eukidsonline.net

Tags:  child internet safety e-safety
This entry was posted on Monday, July 6th, 2015 at 1:16 pm and is filed under Parenting Skills. You can follow any responses to this entry through the RSS 2.0 feed. Both comments and pings are currently closed.