Remember the 5th of November 2013 it’s Bonfire Night and there will be lots of fireworks displays across London. The nation’s favourite firefighter, Fireman Sam will be fronting his own national Bonfire Night safety campaign. 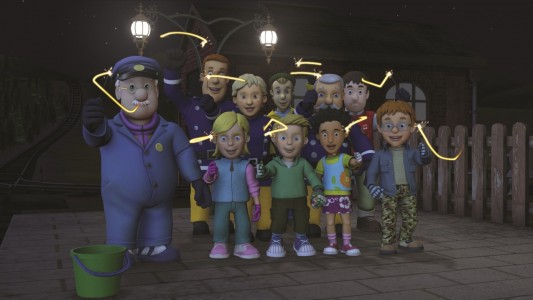 Bonfire Night celebrates the Gunpowder Plot of 1605, when Catholic conspirator Guy Fawkes tried to blow up the Houses of Parliament and King James I.

To this day, it is customary for the cellars in the Houses of Parliament to be searched by the Yeoman of the Guard before each State Opening of Parliament.

The anniversary of Fawkes’ arrest on 5 November is celebrated each year with fireworks and bonfires. Effigies of Guy Fawkes (“the guy”) are often burned on top of the bonfires.

Fireman Sam creators have produced some fantastic animated safety tips to help keep families safe and aware of potential hazards on bonfire night. The videos are all on YouTube. Here is one for you:

Launched over 25 years ago, the brave and resourceful ‘hero next door’ remains one of the UK’s most popular pre-school animated characters.

You can also keep up-to-date on the latest Fireman Sam news by following him on Twitter @FiremanSamUK or via his Facebook page.

This entry was posted on Monday, November 4th, 2013 at 10:30 am and is filed under Parenting Skills. You can follow any responses to this entry through the RSS 2.0 feed. You can leave a response, or trackback from your own site.