The majority of female employees (83%) who return to work move into part-time and/or flexible working roles upon their return from maternity leave according to new research with UK HR directors. 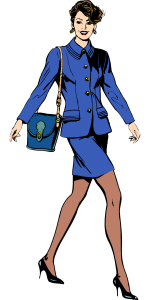 Almost three quarters (71%) of UK HR directors report that they have already created flexible working arrangements as a way to retain new mothers.

Fifty-one per cent of UK HR directors say that more than half of female managers return to work after maternity leave compared to 40% who report that staff-level female employees come back to work.

Top reasons given for not taking paternity leave include financial considerations (62%), societal pressures (41%), excessive workload (34%) and perception in the workplace (25%).

The majority (83%) of female employees move into part-time and/or flexible working roles on their return from maternity leave according to new research with UK HR directors recently published by recruitment specialist Robert Half. This rises to 92% of employees in London and the South East, but falls to 70% in the North and Scotland and 78% in the Midlands.

The survey is based on responses from 200 HR directors in the UK. 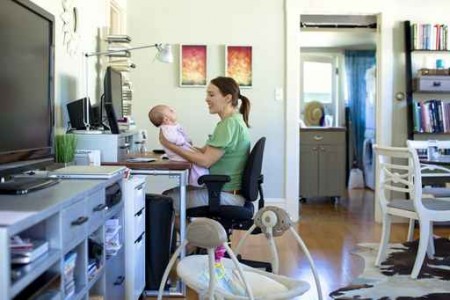 Anticipating the requirement for flexible working, almost three-quarters (71%) of HR directors say that they already have arrangements to provide this benefit, while a further 13% are planning to put them in place.

Other initiatives that companies have put in place to help retain new mothers include part-time or job share opportunities (58%), childcare vouchers (32%), on-site childcare (18%), telecommuting (17%) and family health and dental plans (16%).

Despite the fact that organisations are legally obliged to offer one or two weeks’ paternity leave, two-thirds (66%) of new dads fail to take their maximum allocation. Fathers are more likely to take the full allowance in London and the South East (37% each) than those in the Midlands or North (30% of both).

The main reason for new fathers not taking maximum parental allocation is ‘financial considerations’ (62%), followed by societal pressures (41%), excessive workload (34%) and perception in the workplace (25%). Financial considerations are less of an issue in London and the South East (49%) than in the South West and Wales (68%), Midlands (69%) and the North and Scotland (72%), while perception in the workplace was cited by a higher proportion of respondents than average by HR directors in the North and Scotland (31%).

This entry was posted on Monday, August 26th, 2013 at 5:25 pm and is filed under Mumpreneurs & Mums at work. You can follow any responses to this entry through the RSS 2.0 feed. You can leave a response, or trackback from your own site.