Osteopath Amberin Fur had a dream of taking part in the Olympics as a child. Nearly 30 years later her dream is about to come true – though not entirely as she’d envisaged it. She had hoped to be performing a triple twist across the floor as a gymnast, but she is actually participating as a member of an elite team of osteopaths selected from hundreds of applicants to be part of the Central Medical Team at the London Olympics and Paralympics. 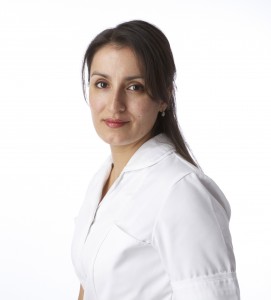 To be selected is a huge honour, says Amberin, but it is a double honour, actually, as this is the first time that osteopaths have been included in the Central Medical Team. For the first time at an Olympic event, Amberin and her fellow osteopaths will be working alongside the very best sports care doctors, physiotherapists, chiropractors and sports massage practitioners, from the UK and abroad. Their combined mission will be to heal, hone and prepare the athletes to give the performance of their lifetimes when they step up to the starting blocks – the culmination of decades of intense focus and commitment.

Amberin – a just-turned-40-year-old mother of three young sons – runs a thriving complementary therapy practice in South London as well as her own private practice in the West End, so she clearly isn’t short of drive and determination herself.

That drive and determination, as well as a passion for her specialism, will have played a crucial part in getting her through a selection process that, in its own way, was every bit as rigorous as the selection procedures the athletes will have gone through.

But she also has a vital track record working with athletes at the top of their game – for the last twelve years she has been part of the medical support team that accompanies the British gymnasts to major events, both in the UK and beyond. She says: “I was obsessed with gymnastics as a child. Well, sadly, I didn’t have what it took to be an elite gymnast, but it has been an incredible journey. The importance of osteopathy in treating sports injuries has been raised to a new level of recognition. It’s an honour, and it is also incredibly exciting. To have the chance to work with the best athletes from around the world, in order to ensure that they can perform at their absolute peak when the world spotlight is on them – it is a fantastic opportunity for any therapist.” 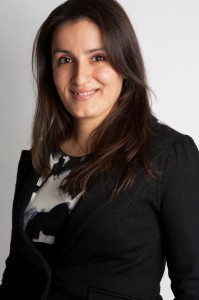 FINDING HER OWN MENTOR/COACH

Like any athlete, Amberin had her own mentor and coach – Jonathan Betser, the late chair of the Osteopathic Sports Care Association. Jonathan was the man instrumental in bringing Amberin into the British Gymnastics medical team. He was also, says Amberin, the visionary who helped to orchestrate this inclusion of osteopathy in the core medical support team at the Olympics, though sadly, he passed away last year, so won’t see the fulfillment of his dream to put osteopathy at the heart of the world’s most exciting and demanding sporting event.

Juggling three children and a rich family life with a highly demanding profession, sacrifices must have been made. How has Amberin managed to balance work and family commitments?

Says Amberin: “I’ve always prioritised them equally and as a result I’ve tried not to shun one for the other. I’ve had the support of my husband, Mirza, which is huge. He’s always encouraged me to pursue my dreams even though he knows there’s only seven days in the week and I’m taking them all up. He calls me the perpetual plate spinner. My guideline is that if the kids are happy and I get to do what I love then I’m fulfilling all aspects of my life. I’ve always adjusted my hours to suit the children. Any travelling, for gymnastic events, has been at weekends when they were little so Mirza has been able to take care of them. As they got older, I took on bigger trips.

Like any athlete, reaching your goals takes focus. Says Amberin:
“From the beginning, when I started to work with the British gymnasts my goal was getting us to the Olympics. I had no idea how I’d do it, because osteopathy had never been at the Olympics. But I knew that was what I wanted. Sometimes things align and you get to where you want to be. It is focus, hard work and if you know where you’re headed there’s more likelihood of you getting there.”

Would she say it’s down to a deep sense of purpose? That, and more, says Amberin: “You hope it’s your purpose but you know it’s your passion.”

Tags:  jubilympic year london 2012 Mumpreneur mumpreneur's testimonial olympic games olympics
This entry was posted on Monday, June 4th, 2012 at 9:30 am and is filed under Blog, Mumpreneurs & Mums at work. You can follow any responses to this entry through the RSS 2.0 feed. You can leave a response, or trackback from your own site.