Mumpreneurs’ testimonial: Gwyneth Rees opens her heart about her career move from being a doctor to a successful children’s author

Gwyneth Rees (mum of two girls aged 5 and 3) is the author of ‘Super Sister and the Birthday Party’, the fantastic follow-up to My Super Sister. With unforgettable characters and warm-hearted family relationships, this is the perfect book for any child – and their naughty little sister!’ 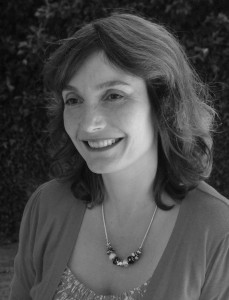 Q: Where did the inspiration for your books come from?

A: Real people and real life events are probably the biggest stimulus for me when it comes to sparking off a book idea. I think that human beings and the relationships between them are endlessly interesting, with family relationships topping that list. I’ve never entirely based a book character on one particular person, but I’ve certainly drawn on real people I know, or have known, to help create certain characters. And I usually have something of myself in my main character, although the amount obviously varies.

Sometimes my imagination gets fired by watching and listening to people interacting, on buses, on the tube, on beaches (great to observe families) and anywhere else I happen to be. I have to be alone to be a people-spy however, which doesn’t happen so often nowadays as I usually have my own young kids in tow. In fact I’m probably more often potential fodder for other people-watchers these days, rather than the other way round.
I also get inspired by other people’s writing or creations. Sometimes I’ll find that a particular topic or plot or a certain type of relationship portrayed in a book or a film resonates with me and sets my own creative juices flowing. 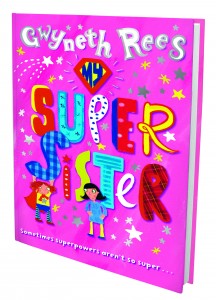 Q: What should parents do to teach kids to be responsible for their actions?

A: How do you teach kids to be responsible for their actions? This feels like a very pertinent question for me at the moment, as the mother of two very strong-willed little girls aged 5 and 3! And I am frequently accosted by one wailing that the other has done something nasty to her – hit her, snatched away a toy, not shared something or whatever – and every time each child is adamant that the other sister is to blame.
I definitely think that, as with most other behaviours, parents can help a great deal by modelling the thing they want to instil in their child. If kids see that a parent can accept responsibility for what they’ve done wrong and admit it when they make a mistake or when they’ve made a bad choice, then that’s a good start.

I also think that children do need to be taught – and consistently reminded – that they have a choice in how they act. They need to be taught that it is the choosing to act in a certain way that makes them responsible. If a child is having problems understanding this or is prone to acting a lot without thinking, I think it’s a good idea for a parent to sit down with the child and illustrate this with examples. If a child is given examples of possible situations they might find themselves in, they’ll usually love discussing what options they have about how to act. For younger children, the parent could write down some different ways to respond and let the child choose from them.

In either case the child and parent are talking together about the pros and cons of acting in a certain way, weighing up each choice before the child decides what to do. The pros and cons will bring in the fact that the child’s actions will have consequences both for others and for his or herself.

Q: Now that you are a full time writer what do you miss from your previous medical career?

A: I love being a full-time writer and I would never leave it to go back to my previous career. I last worked as a doctor (in child and adolescent psychiatry) a decade ago, so it feels like a whole other life in some ways.

In the early days after I left psychiatry, I did miss certain things about my previous job. Mainly I missed the day-to-day interaction with colleagues and the feeling of satisfaction if a piece of work had made a positive difference for a child and their family. Gradually however I got used to my new, much less stressful, lifestyle, working from home but meeting and interacting with children whenever I did school visits, spoke at book festivals etc. 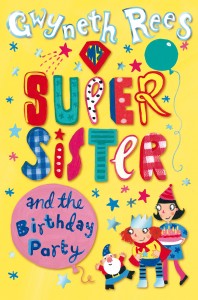 As far as job satisfaction goes, I still feel that I’m making a difference to children. I admit that I’m very lucky to be getting to make a living doing something that I love, but I also believe that books are incredibly important in the lives of children. Amongst other things, the experience of empathising with a character in a story, especially one who is going through difficulties, can help children to deal with their own worries, to empathise better with others and in the case of children who feel emotionally isolated I believe it can help them to feel more connected with other people and less alone in the world.

Q: If you were Mayor of London for the day what would you do to improve living in the Capital?

A: I love bringing my older daughter into London – the South Bank is our favourite destination – but I’m always reluctant to bring the younger one who still needs a pushchair. It was even worse when they both needed to be in the buggy because it made getting around in the Capital a bit of a nightmare.

So if it was possible, the first thing I’d do if I was Mayor for a day, is to improve the disabled and pushchair access on the whole tube network. By installing more lifts and thereby providing a step-free entrance/exit route in all stations life would be so much easier for wheelchair users and mums.

The other thing I’d like to do would be to try and think of a way to recreate some of the friendliness and jollity that seemed to be around within the city during the Olympics. Maybe as Mayor I could create one day a month when all Londoners had to smile at each other and chat to each other on the tube. And maybe on that day free chocolate could be handed out instead of free newspapers…

Tags:  books books' reviews children's books' reviews
This entry was posted on Tuesday, June 18th, 2013 at 9:00 am and is filed under Mumpreneurs & Mums at work. You can follow any responses to this entry through the RSS 2.0 feed. You can leave a response, or trackback from your own site.