Mumpreneur’s testimonial: From City Banker to Mumpreneur – Why I Took the Leap!

These days it can be tough for women who want to juggle a career with starting a family. One lady who understands this all too well is Salima Manji, who left a high flying career in investment banking to go it alone, starting up a business in singles supper clubs. In this article, Salima talks about the decisions she faced when it came to starting a family and how it lead to a completely different career choice. 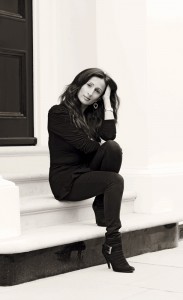 I was always very academic and I knew from a very young age that I wanted to be successful. I achieved a degree in Business Economics from the University of London and decided to continue my studies to qualify as an ACA Chartered Accountant.

A career in investment banking followed and I worked at several well-known companies including JP Morgan and Credit Suisse. It was the career I’d always dreamed of and I was proud to have achieved this after life-long hard work.

It was while I was working for a City bank that I met my partner and of course naturally I wanted to settle down, get married and start a family. That was where it all began and I found myself in a position that many mums do, which is the inevitable life T-junction of whether or not I follow my dream career, or pursue a very different path which was to change me into a wife and mother. 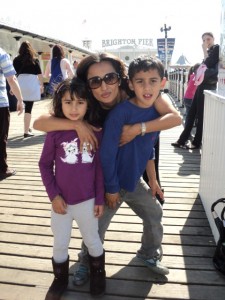 I am independent by nature, but this didn’t faze me as I briefly left banking to start a family. But after two children I started to feel like I was losing site of the other person, the Salima who was not a wife or a mother, but a successful career driven lady who fought a daily commute with long hours to enjoy the benefits that a City career had on offer for me.

So, I returned to banking, thinking that I could gain back some of what I had before, but also to feel an importance outside the home. I wanted to feel as though I could have a different focus, almost like an escape so that I could be “me” again for a few hours before returning home to be a mum to my two small children.

But it was during this second stint that I realised – since the “old” me had left banking, I had changed. I was a different woman. I no longer wanted to be driven by targets, promotions and goal setting. It was all meaningless. I, like most mums, found it difficult to juggle such a demanding career with having children. My mum-friends enjoyed picking up their children from school and taking them to the park, but I was still chained to my desk. I wanted to spend more time with my children.

For me, the decision was final. The Salima Manji investment banker was still part of my life, but it made up my past and I was now staring into my future. I knew that being a full time mum would not appeal to me, as I still had that desire to go to work so that I had something to do outside of being a mum, but I wanted a job that I enjoyed doing and provided me with flexible hours for my children.

Then one day I was talking to a friend who was having a nightmare trying to find a new partner and was talking about the failures of her recent stint with online dating. She said I must know of someone to set her up with, after all I’d gained some good contacts during my time in the City. So there it was – my idea. I would set up a supper club for singles – after all it combined my love of food with the networking skills she had gained in the City.

So I decided to take the plunge and set up a business. My friends said I was mad trying to juggle starting a business with doing the school run, but actually I found it even more rewarding. After a bit of research I set about designing a website and a few months later, The London Dinner Club was formed. I quit my job immediately and focused efforts on this new venture. Three years later, 400 members, a few marriages and engagements between guests, I am extremely happy with my career change. 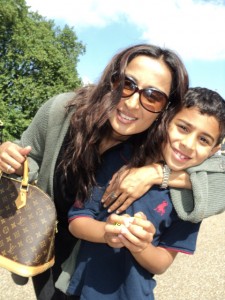 My message to mums out there is to listen to your heart – but be sensible. I knew that what I was doing took a big risk but I knew that if I worked very hard it would pay off. I had a great support network who really believed in my idea and as a mum that is really important. You are certainly not alone when it comes to feeling like you are missing out but feel trapped by a situation where you are forced to choose between your career and your home life.

This is becoming more and more common for women today who often find that they end up sacrificing their dream career, but if your focus has changed anyway, and you would rather be at home with your children then my advice would be, if you can, go for it!

Salima Manji now lives in Fulham, West London and is a mother of two children, a girl and a boy. She is the owner and founder of The London Dinner Club www.londondinnerclub.org.

Tags:  london mumpreneurs Mumpreneur mumpreneur's testimonial mumpreneurs' testimonials
This entry was posted on Tuesday, March 19th, 2013 at 9:05 am and is filed under Mumpreneurs & Mums at work. You can follow any responses to this entry through the RSS 2.0 feed. You can leave a response, or trackback from your own site.