Are mothers innovators? Here is what it takes to be Mothers of Innovation

I recently attended the Mothers of Innovation conference with inspirational speakers showcasing examples (often personal) of initiatives and programmes created by mothers and implemented in Africa, Middle East and Scotland that led to positive changes within societies.

If there is a message that I came away with is that there’s no stopping mums, who are incredibly caring human beings capable of anything and moved by love, passion and compassion. This is why I am proud of our London Mums organisation made of women who give it all to both families and society. Mothers have great qualities that make them innovators and this is why all projects presented have the common denominator of creating mothers’ communities empowered with knowledge and parenting skills that have improved families and people. 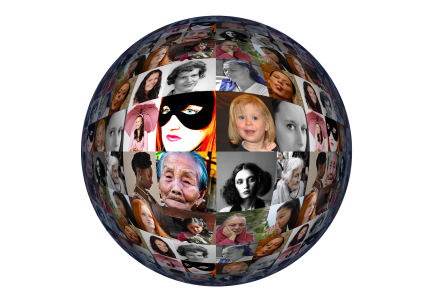 Why is it that we don’t usually associate mothers with innovation?  Mothers are changing education, health, business and work.

Highlights from ground-breaking research included facts exploring why it pays to invest in mothers and how mothers innovate in different and distinctive ways.

Mariella Frostrup provided a great opener for the conference setting the scene for all other inspirational stories. Mariella is not just a Journalist and a broadcaster but also a very active equality campaigner. Four years ago she founded The Great Initiative after years of being frustrated with the lack of collaboration, excitement and innovation in the gender equality space – particularly in international settings. Her movement aims to push forward the gender equality debate. For far too long terms like feminism and gender equality have been misunderstood. They have become words that symbolize hatred for men and for women considered too “feminine”. Mariella and her team are developing innovative campaigns to reach out to everyone and help people understand why arbitrary inequalities based on the contents on your trousers are damaging us all. This is something every single person cares about – whether they know it or not. 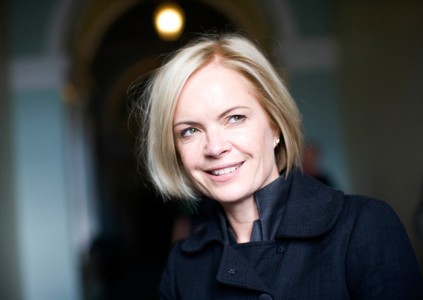 Mariella said: ‘Through my many travels, particularly across Africa, I have been privileged to meet inspirational women who achieve extraordinary things. GREAT exists to give these women a voice and to support them as they make a real impact on the lives of their communities.’

Mariella demonstrated through her work that the words Mothers and Innovators are not an oxymoron. Women are generally good at multitasking but motherhood is able to change them even further and instil a strong impetus to change the world around them, turn it into a better world for their offspring. Mums are very dynamic and are also more confident to take on even more challenges. But strange enough employers do not associate these qualities with motherhood and invest less in women in their 30s. Women have to fight harder than men in the same age. Employers should start thinking that motherhood makes women more employable than ever.

Mariella then told an inspirational story to showcase the fact that when women are trying to change opinions in their communities, they succeed and make vital decisions that also change the society they live in: ‘One of our flagship collaborations is in Liberia, supporting Liberia Women’s Democracy Radio, a women-led radio station which gives rural communities access to essential information in an engaging way. Set up by women, for women, the station works to provide a vital information service while simultaneously changing opinions about women’s potential in society and to challenge the outdated assumptions which dominate much of the Liberian airwaves.  These women are not only educating other women in their country, but by being exceptional role models they are helping to shift the opinions of men and women across Liberia. We are now working with our Liberian partners to explore how we can expand this model to other countries, and support other women’s media initiatives. Through this, over the long term, we hope to see the creation of a network of women’s radio stations that will support each other.’

The women in Liberia have been forced to think outside the box in a country run by men. That is what makes them great innovators.

Childcare is a big issue for women. And ideally we want a world where women can choose what they want to do. Mariella rightly pointed out that it is critical to engage men in the debate and that we often fail to talk to men about issues. Maternity leave is sacred and needs to be put on the table  of the big debates. The mentality has to shift and employers should not see motherhood as a threat any longer. The shift we all need to support is a world where women and men have equal right to maternity /  paternity leave. Mariella suggested that mums and dads could maybe take three months each to look after a newborn. Spreading the word about this and proposing realistic solutions are ways each one of us could support the changes. 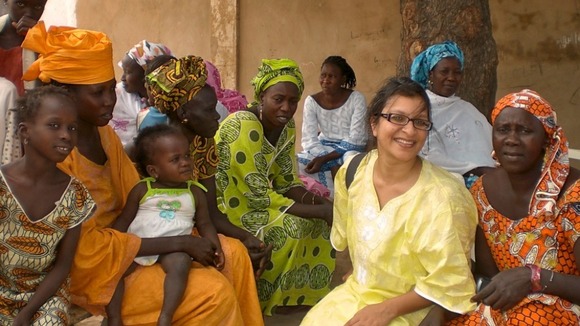 Julia explained that in some countries (such as Somalia, Kenya, Mali etc), FGC is considered an act of love (to preserve a girl’s virginity and to get a good husband) while it is an evil act. A programme supported by Julia’s charity enabled women to understand that FGC is bad so that they did no longer want their daughters to be subjected to this ordeal. No woman wants to hurt her children and once they understand how painful, unhealthy and brutal the practice is they are the ones wanting it to stop. In Kenya the programme empowered local women who are now advocating for an end to FGC; the elders had been resistant to discussing the issue but with their own advocacy film on the health problems associated with the practice – they’d never been featured in a film before and were as excited as everyone to watch it – they have begun to listen. Some have now asked for FGC to be banned in their communities.

We should not think that this issue is remotely located from us London Mums but it is often happening around the corner as many people from these communities move to our Capital and continue this practice which is illegal here. We can help stop this by becoming knowledgeable about it and supporting the programme to empower women to become advocates to the end of FGC. 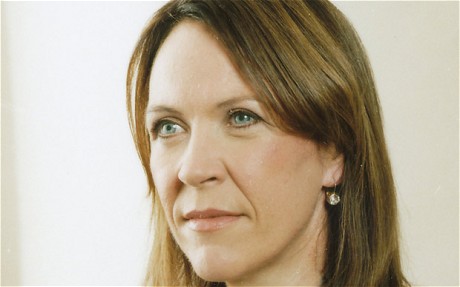 Another great examples of great women campaigners is Karyn McCluskey, who has reduced gang violence in Glasgow, largely by getting mothers involved. Glasgow was once known as the murder capital of western Europe and Karyn found an innovative and non violent way to tackle crime, a model that should be replicated everywhere.

I love her slogan ‘If boys don’t learn, then men won’t know‘. Karyn devised and led a police programme in Scotland to stop young people’s gangs and criminality based on information and relying on mothers as key conductors to the change.

She figured out that creating job opportunities for young people and creating a support system for young people was the key to success. The VRU’s Community Initiative to Reduce Violence (CIRV) came into being in October 2008. It is based on a zero-tolerance police warning that if the violence doesn’t stop, life is going to get very tough for every single gang member; a pledge from assorted agencies and charities that if youths do renounce violence, they can get help with education, training, job-finding; and a powerful, personal message from mums who have lost their boys to gang violence and wanted to make a change.

Karyn made the solution sound so simple but implementing such a solution took years of determination and belief. 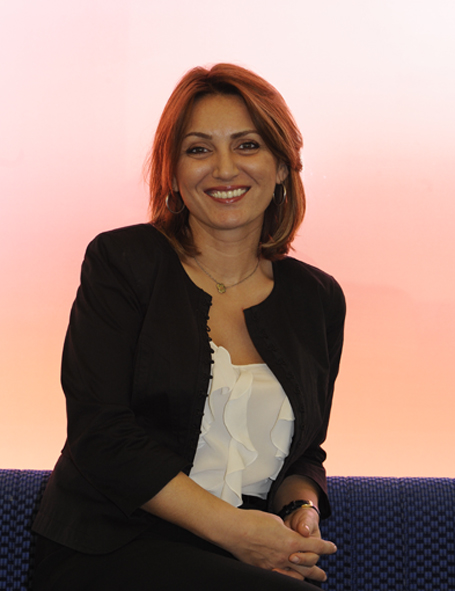 Empowering mothers is the key to success to make changes in communities. Ayla Göksel, the founder of the Mother Child Education Project (Mocep) in Turkey, has transformed life chances for children living in poverty by mobilising mothers as first educators.

Ayla showcased the mother – child education home based programme that transformed education in Turkey. It began 30 years ago – the project was looking at how early education benefited children in their development. It was born as a Mother enrichment programme based on the premise that if they could empower the mothers this would make a big impact on kids. The fundamental concept is that the earliest the development of a child is stimulated in his closest environment the better it is for his future development. The weekly curriculum implemented by the mums at home covers discipline, knowledge and child development. Instead of a teacher they leveraged the mother implementing education activities at home. The programme builds the preschool into a home. The research has found that kids who benefited from this training scored better in school later including less aggressive behaviour.

Children were more likely to be in school for longer, tested higher in language use, mathematics, and overall academic performance, had higher status jobs, scored higher in competency tests, had higher earnings, and better relations to their peers and family. The mothers also reported higher status in the family (bearing in mind that Turkey is a patriarchal society).

What were the secret ingredients?

Process – The mother sat down with the child to do the homework – activities – undivided attention of the mother at Least for 20 minutes per day – these mothers became authorities in the mothers’ networks/ communities.

Groups – The mothers’ groups played the most important role – the mums were sharing experiences and making decisions (to try these things at home)  for 25 weeks if the programme to ensure the mums built strong bonds.

Empowering the mothers had an impact on their communities i.e. they decided to have mammograms together and implemented things like lobbying to get a violent teacher removed. These mums who were educated had low education and found it hard to communicate. But after the programme they became articulate and felt more equal in the society and became very active in their PTAs (Parent-Teacher Associations).

The ROI (return on investment) is eight times the value of the cost of the programme which is 15 USD per individual. The programme is now starting to focus on to fathers to change the whole family unit and eventually the society. The Campaign changed education policy in Turkey. It raised awareness that 7 is too late to start influencing early development in infants. Brain formation is completed by the age of 4, the most formative period in a child’s life. 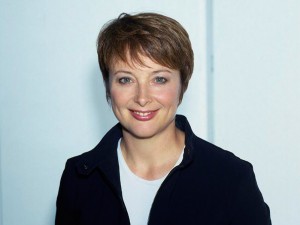 For her Mothers of Innovation research  that includes these stories and a lot more, Geraldine Bedell looked at motherhood from a different angle and perspective to see what enables the innovation.

She believes mothers can change the world. Socially, commercially and economically, mothers are a force for innovation around the world.

Her report on how and why mothers make such great innovators is now available to download here.

The list of mothers innovators does not stop here. There are so many women out there and mums in particular who are so inspirational and dedicate so much time to empowering other women to make important changes in their lives and in their communities.

CALL FOR ACTION! Send us stories of mothers as innovators and we will publish them here.

This entry was posted on Tuesday, June 24th, 2014 at 7:00 pm and is filed under Mumpreneurs & Mums at work. You can follow any responses to this entry through the RSS 2.0 feed. Both comments and pings are currently closed.