Exclusive! Star mum & fearless alpine ski racer Chemmy Alcott on breaking records both on and off the piste

Chimene Mary “Chemmy” Crawford Alcott is the most fearless mum of two I have ever met in my entire media career. Beautiful and confident Chemmy is the real deal. She is an English former World Cup alpine ski racer who competed in all five skiing disciplines (downhill, super G, giant slalom, slalom and combined) and she is a fun mum and has a ‘dream’ TV job these days. Chemmy is the new lead presenter on hit BBC show Ski Sunday alongside Ed Leigh. Not many people know that Chemmy broke not just many bones while skiing but also the world record for number of beer mats flipped and caught in 30 seconds and made it into Guinness World Records. I caught up with her at The Ivy in London. 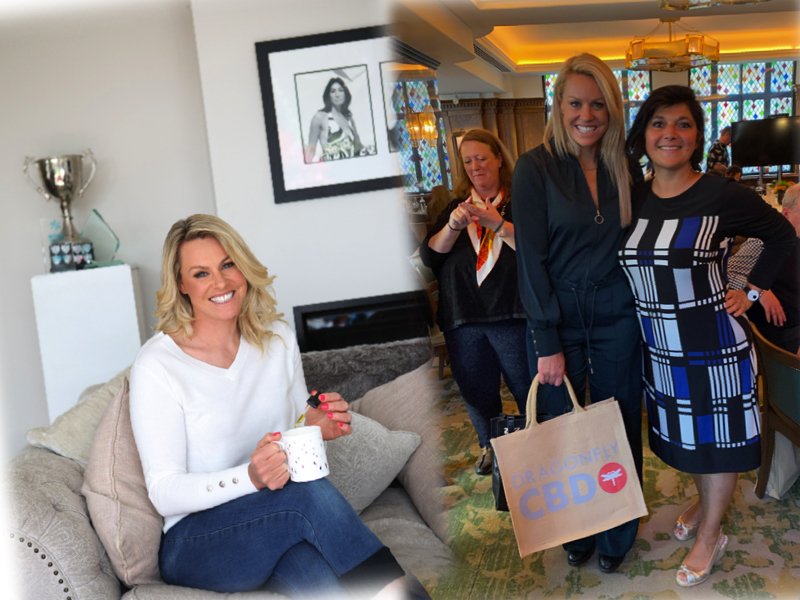 What is your biggest achievement in life so far?

Chemmy: I will have to give two – one professional and one personal. Professionally, it was making history, becoming the first British Athlete to ever win a run in the World Cup. To come from Britain and be competitive with the best of the World, inspiring generations to come to know they can be the best even if they face hurdles. Personally, it’s being able to have a family and a profession at the same time. I have always wanted to be a mum and I didn’t want to sacrifice who I was as a person. Being ambitious in my profession has definitely helped me to be a better mum, so I am hoping that I have a pretty good balance at succeeding at both.

You have broken various Guinness World Records over the years. What is your biggest challenge as a mum of two young children?

Chemmy: Learning to ride the rollercoaster of parenthood is certainly the biggest parenting challenge. You have the most epic highs being a parent but there are some really frustrating times too. It’s knowing to appreciate every moment. It’s difficult because you always want your children to be happy but sometimes they have to show anger and frustration in order to grow and develop personally. The biggest challenge is letting go of always wanting to make them smile. I’m a bit of a joker; I like being the playful one in the parenthood and I have to remember that I have to do the discipline side too. 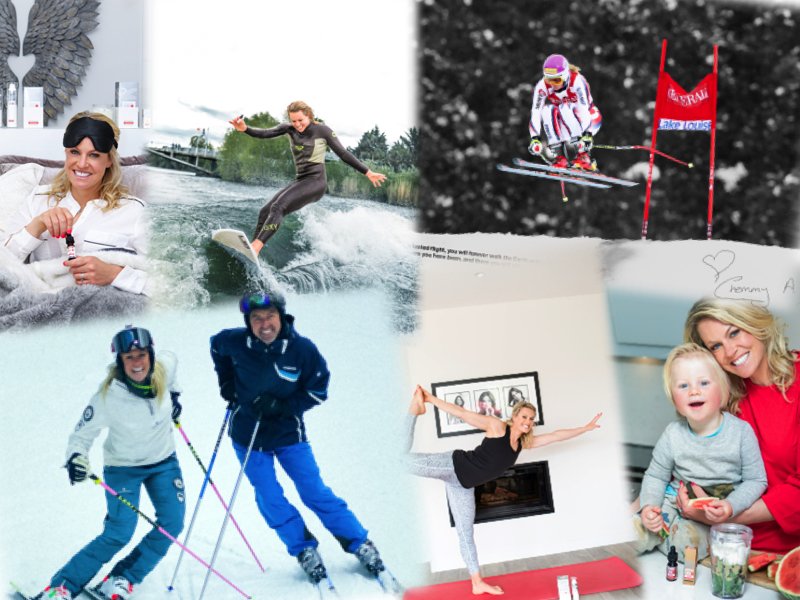 What is your parenting style?

Chemmy: I am all about energy. I am absent quite a lot of the time because I am working, but when I am present I really try to be very, very present. Really active, lots of doing, I am all about activities, sharing family adventures together. I love watching them face their fears and pushing and supporting them through them. Seeing the personal satisfaction, they feel at the other side is incredible.

What is your favourite London activity?

Chemmy: I have two. We like going on family paddleboard adventures, so we get picnics and we get on the paddleboards, with the boys sit on the front in their lifejackets. I love that! Another thing we went to recently was the Sea life Centre and that was a massive hit and the boys ask me every day if we can go back there.

What’s the secret of a happy marriage?
Chemmy: Understanding that you will have highs and lows in your marriage. It’s very challenging for us because we work together, we are in each other’s pockets the whole time professionally and then we spend huge chunks of time away from each other. Right now, Dougie is away for five weeks. So, I am the parent on duty the whole time, which is hard for me but it’s also hard for him because he misses the kids. We try to make sure each other is involved in every decision. And just listening to each other. We are best friends first and share all the same hobbies so that is the success that we have.

We met at a conference lunch about CBD and its use to deal with chronic pain and poor sleep. What is your personal experience with this natural ailment?

Chemmy: I’ve lived with pain every day since the 2nd December 2010. And since January this year, I’ve been taking DragonFly CBD regularly and I am now pain-free. It’s the difference between seeing life in black and white and having a life with sunshine and rainbows now. I just wake up every morning and I feel like I have infinite possibilities. I sleep better and I am way more neutral with my emotions.

Chemmy: For me, I am preparing my body for the winter. I have five Ski Sunday shows coming up, then it’s the Winter Olympics! I want to spend as much time with my boys as possible because I know it’s about to get really, really busy professionally.

This entry was posted on Thursday, December 2nd, 2021 at 11:03 am and is filed under Mumpreneurs & Mums at work. You can follow any responses to this entry through the RSS 2.0 feed. You can skip to the end and leave a response. Pinging is currently not allowed.