Cherry Healey is one of my favourite TV presenters at the moment. She is so loveable, so funny and she is a London Mum!!! We have caught up with her at the launch of iPieces, a range of interactive games for the iPad. 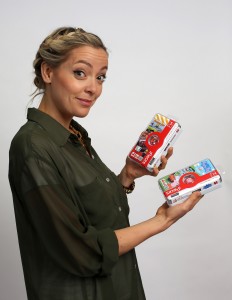 What was your favourite game when you were a young girl? And why?

My absolute favourite (and worst game) was Monopoly – I’ve got three brothers and we played it all the time. I would become quite immersed in the game and feel extremely stressed if I had to go to jail or lost all my money!

What are the most inspiring toys of all times and why? 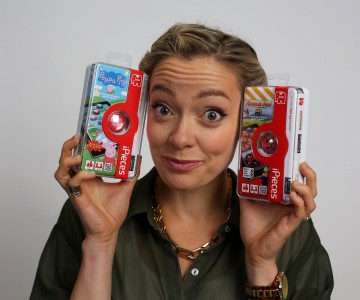 I am always so impressed by people’s ability to retain unusual facts and figures – playing Trivial Pursuit is my idea of hell as I am terrible at remembering obscure information but it always inspires me to exercise my memory! 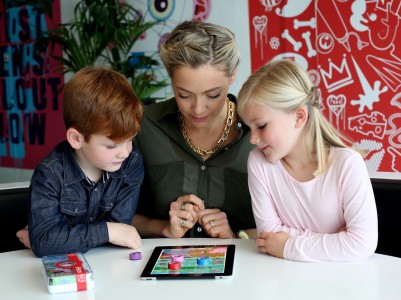 What do you encourage your daughter to play with and why?

My daughter adores puzzles which I’m really happy about – they are a great mental exercise. We also love playing the iPieces Fireman Sam game together – It’s fairly embarrassing when she beats me….(she is three).

What’s your view on apps and video games to young children?

I think they can be brilliant – I’ve noticed my daughter’s fluency with numbers has increased since we’ve been playing the iPieces Snakes and Ladders game, and her drawing has improved since she has been using a colouring app on the iPad. I think problems occur when a child has an excessive amount of screen time – it’s easy now for the time to clock up really quickly with such easy access to iPhones, iPads and television. We just try to make sure that we keep an eye on how much screen time our daughter has. 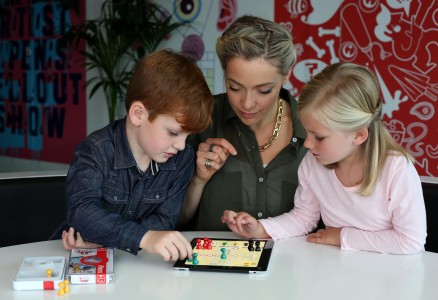 How much time should kids under 8 spend with computers / apps/ tech devices and why?

I recently spoke to a headteacher who told me that children are arriving in the first year with underdeveloped social and language skills, and she thinks this is due to the increased amount of time they spend in front of a screen. I’d be interested to know what the experts say but I try not to let Coco have more than an hour a day in front of the screen (I’m not always very good at this). I think this is why I feel more relaxed about iPad games, such as the iPieces the games, that require interaction – we talk through the different tasks, negotiate whose turn it is to roll the dice (always her’s I’ve discovered) and laugh when mummy fails to reach the end. Again.

Tags:  Christmas gift guide exclusive interview iPieces
This entry was posted on Sunday, December 9th, 2012 at 9:00 am and is filed under Blog, Mumpreneurs & Mums at work. You can follow any responses to this entry through the RSS 2.0 feed. You can leave a response, or trackback from your own site.