Interviewing Amanda Holden feels like having a chat with your sister or best friend. Her voice and face are so familiar that as an interviewer you are extremely at ease. For this and for many other reasons you will enjoy reading my chat and find out why Amanda is one of my favourite British celebrity mums. She will soon return as a longstanding judge on Britain’s Got Talent. With the knowledge from this interview I will enjoy the show even more in 2016.

This is only half of my interview with Amanda. The full interview (including some of her funniest quotes ever) will be published in the London Mums magazine Spring issue to be distributed in selected supermarkets and family friendly venues such as Eddie Catz from early March (or earlier).

I had the pleasure to talk to Amanda while she was officially launching Pebli Town – a connected pre-school toy featuring a physical play board that directly interacts with a tablet to bring the toy to life. Purchase now from toysalive.com . 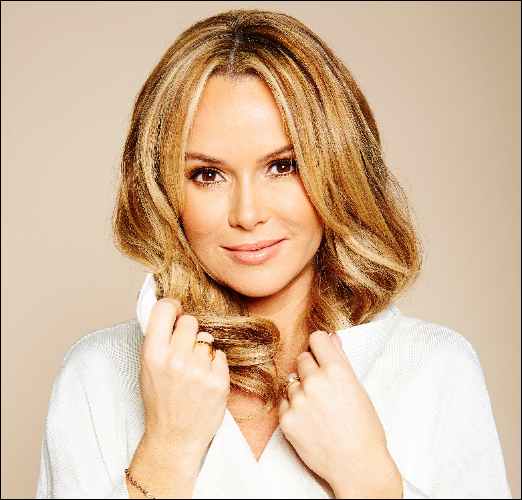 Q: Christmas is upon us. What are your favourite Christmas gifts for children?

AH: This Christmas my number one present for my children is Pebli Town, a pre-school toy that interacts with a tablet to bring the toy to life.

Q: On the Pebli shoot you get to work with wannabe filmmakers. What should parents do to encourage their children to be creative without using video games? 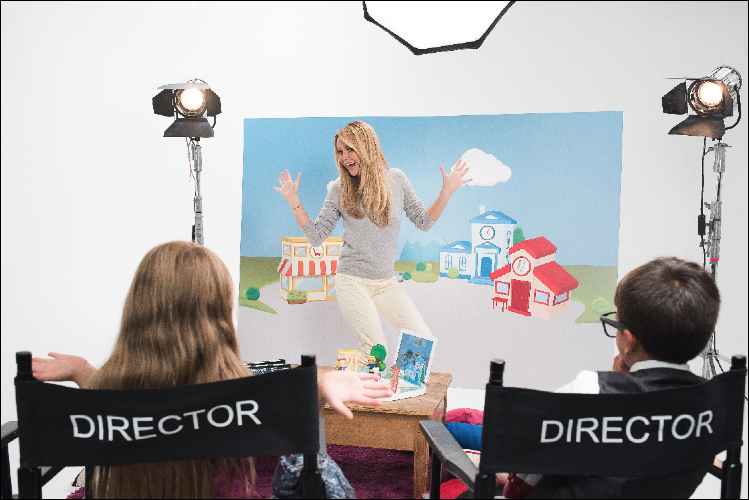 AH: I wanted to get involved with the Pebli games because as parents now we need to embrace technology. But for me traditional play is still just as important and the great thing about Peblitown is that it combines the two. Your children will think that they are cool because they are downloading an app and they get to use a tablet or a phone but it is in conjunction with a board game and four central characters which you can touch, feel, hold, take off the board, take around the house. You can interact with them and make movies, which is my favourite aspect of the game. It teaches your children creativity, imagination, hand-eye coordination and introduces preschoolers to swiping, touching buttons on a screen, learning about technology without them knowing that that’s what they are doing. But they are not constantly staring at the screen every minute. They are actually holding little people which they become in every day life. It doesn’t have to stay on the board and that’s the main thing I love about the game. It’s traditional as well as embracing the latest technology. For £40 you get all these toys which are very robust and they are going to last. They have been chucked around the house everywhere apart from the bath. They will also create lasting memory. You can sit with your child and easily interact. And the technology is easy enough for me to learn and I am rubbish with technology. 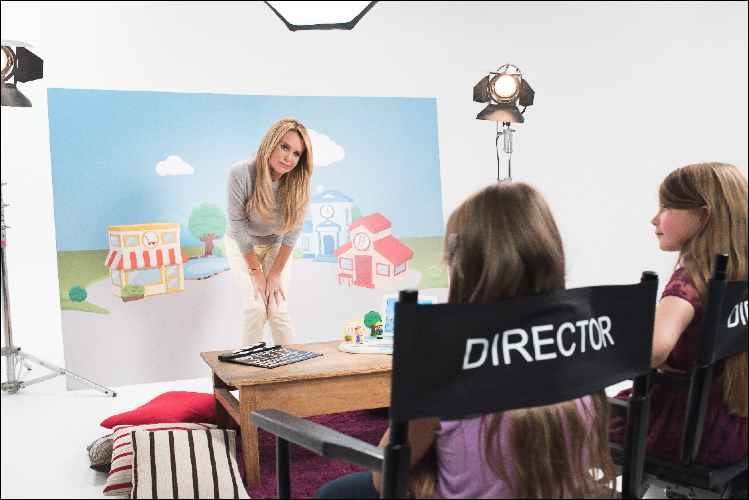 Q: What is your favourite game from your childhood and why?

AH: Probably Operation, Twister and Backaroo games where adults end up screaming or falling over. They are games that create great memories. You can play with somebody else and something funny inevitably is going to happen. They get played in our house with all various ages, half drunk adults and children with us all spinning the wheel to the point we want it to land on or it could land on and creating the most difficult positions possible really.

Q: How big a role does technology play in your own children’s lives? How long on a day are your children allowed screen time?

AH: It’s still relatively new. My eldest child has an iPad which she uses for a few games. It has a child-friendly internet surface called Mobicip (a free parental control for phones, tablets and computers) which is brilliant so she cannot google anything that’s going to upset her when she’s not with us which is important. We let her play at weekends only. That’s it really. It’s a great tool for confiscation because if she misbehaves and you tell her you are taking her iPad she will be good. It’s the thing she loves the most as it makes her feel a grown up having one. 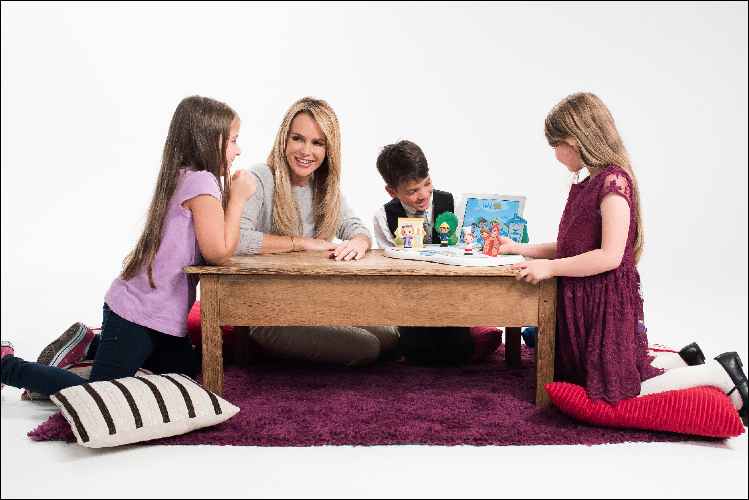 Q: On Britain’s Got Talent you get to see a lot of young talents and you often get emotional. What ticks the box for you to be a successful act?

AH: When something is real. So many people are used to performing and doing their act. Mostly it’s children who make me emotional. When I see them putting their heart and soul in their performance and singing I turn into a mother and I feel the parent’s anxiety or pride and I put myself in their position. Too often we see singers (successful or otherwise) who have lost the fire they once had. Singers that people really relate to are those who put their life and heart into their song, real emotions. And you can feel it as a human being because it’s truthful.

Q: You trained as a professional dancer but you were refused at Moulin Rouge. Would you have chosen a career as a dancer instead of acting / presenting?

AH: No because I definitely don’t think I was good enough to compete. I trained in musical theatre so I trained in singing and dancing rather than specialising in dancing. I would say that I act first, sing second and dance third. You’d have to have a lot of patience to teach me a dance routine.

Q: Having experienced rejection first hand, what would you say to young people and hopefuls who are rejected from BGT but still have lots of talent?

AH: Never give up! I tell people on Twitter or parents to never give up. I am knackered for never giving up. I just don’t give up!

Q: You are well known for being outspoken. How difficult is it for yourself and your family to be always in the public light and having to constantly watch what you do and say?

AH: It’s tricky. I am opinionated but I try not to be too critical or to say anything too controversial. A lot of the time headlines are made out of things I say that aren’t even what I said. Nine times out of 10 I would stand by to what I have said because I would have thought it through but there’s the odd occasion, twisted. But mostly the press are very supportive with me and with my family.

Q: Have you always been confident with your body image as a school girl and teenager?

AH: I don’t have massive boobs, but growing up I was one of the first girls in my class to wear a bra. I don’t think they grew beyond much when I was 12 though. Going through that weird stage stays with you forever. I did gymnastics as a girl so my body shape has always been lean and fit whether or not I do exercise or not or whether I eat healthily. I think it is genetic. I am probably the most confident in my forties I have ever been because I have a great partner and a great life behind me.

Watch this space! The full interview (including Amanda’s funniest quotes ever) will be published in the London Mums magazine Spring issue to be distributed in selected supermarkets and family friendly venues such as Eddie Catz from early March (or earlier).

This entry was posted on Tuesday, December 22nd, 2015 at 11:00 am and is filed under Mumpreneurs & Mums at work. You can follow any responses to this entry through the RSS 2.0 feed. Both comments and pings are currently closed.