What makes toys trendy and cool? Do we have enough cash to buy increasingly expensive toys? It’s taken me some time to get my head round the jungle of new toys that are launching almost on a daily basis. But here you go a few thoughts and ideas on what London Mums believe are the trendy toys at the moment.

According to the Toyfair 2013 the UK toy industry is strong despite the economy is continuing to struggle. Figures from global information company, The NPD Group, show UK toy sales dropped by just one per cent in value throughout 2012.

The UK toy market is now valued at £2.94 billion. It remains the largest toy industry in Europe and the fourth largest in the world.

The figures compare favourably with overall entertainment industry sales, which declined by 12 per cent and in light of the difficult trading conditions for retailers in 2012.

The trendiest toys’ categories this year are not surprisingly building Sets and Dolls which have grown 11% from last year. DINOSAURS and DRAGONS are also predicted for 2013-2014 wish lists. 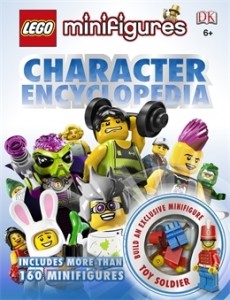 The consensus is that this year is that families have less money to spend so they buy smaller toys like collectable figurines by Moshi Monsters, Lego and Playmobile.
DK has recently published even a very extensive LEGO® Minifigures Character Encyclopedia that contains character bios and accessory images as well as fun LEGO facts, from the Super Wrestler and Hula Dancer to the Disco Dude and Space Villain. From the Musketeer to the Minotaur, the LEGO Minifigures series features a diverse cast of minifigures inspired by history, movies, myth, sports, and everyday life. The good thing about small toys is that children can build their collections as fast or as slow as they wish depending on their pocket money allowance that can be a motivation factor and a reward scheme for parents. 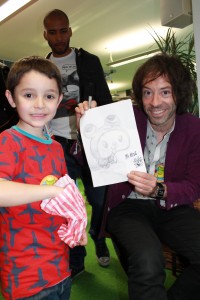 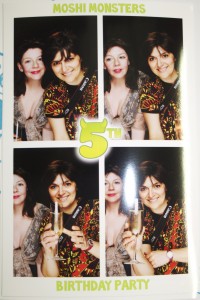 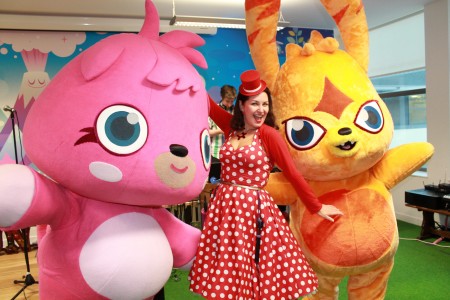 The kings and queens of collectable figurines are certainly Moshi Monsters whose inventors deserve a bow for creating such an appealing world of sweet weirdness that has kids of all ages and mums alike hooked up. Moshi Monsters have created not just a world of collectable figurines, but also stickers, virtual games, merchandising, music and soon a movie (as we have exclusively found out at the Moshi Monsters’ 5th Birthday Bash). The bash was simply amazing for both kids and parents and as representatives of London Mums we can confirm that it was one of the best parties we have ever attended! Here are some images that speak for themselves. 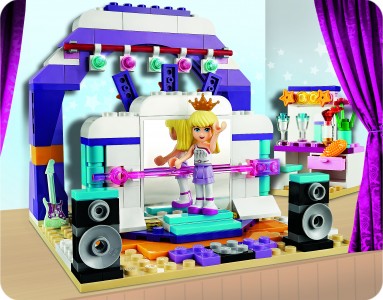 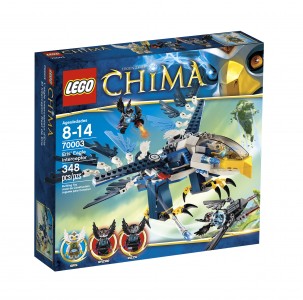 Finally Lego has increased its Lego Friends which is a special range designed with girls in mind and this is definitely a nice surprise. I’d say that it was about time that Lego targeted girls!

The LEGO Friends story is based on the everyday lives and personalities of five girls, Emma, Olivia, Mia, Andrea and Stephanie, in a fictional hometown called Heartlake City. Each of the Friends characters has a distinct personality and a variety of interests ranging from invention and design to animals and performing arts.

A fusion of animal tribes, fallen friends, and the all-powerful CHI – get ready for a battle of the century as three tribes attempt to conquer the noble lions and seize the CHI of Chima… 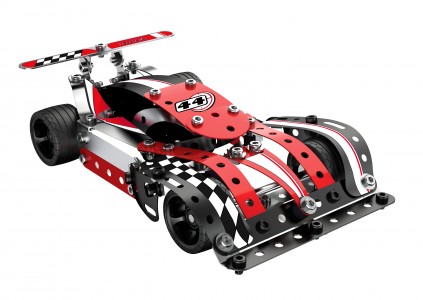 Get up to speed with the Meccano’s brand new super slick Turbo racing cars. Take up the construction challenge to create a speed demon with all the sleek lines of an F1 racing car. Children will love getting stuck into the pit lanes to build their champion racer, put it through its paces, then take it apart and go again!

The Meccano Turbo Evolution Red and Turbo Evolution Blue racing cars are made up of the classic Meccano metal strips and plates fixed together with nuts and bolts to deliver a thrilling construction experience. A must for all junior petrol-heads, Meccano’s Turbo range is full of speed and style.

The finished racing car really delivers on F1 looks with Turbo rims, low chassis, spoilers and streamlined stickers. Fast and furious, the Turbo Evolution models feature pullback motors to set them off at high speed and come with tools and build instructions. Suitable for children aged 7+, priced at £24.99 (RRP).

Also out are the Meccano Turbo Kart and Turbo Moto. This entry level collection of racing vehicles comes in single model packs. Take to the track with a speedy new go-kart, or race through the bends on the new motorbike. Priced at £7.99 (RRP).

Bratzillaz™ glow at the Midnight Beach

The Bratzillaz™ girls love soaking up some midnight moon rays and this season they are off to the Midnight Beach, but of course they don’t tan…..they GLOW!

The new Bratzillaz™ Midnight Beach™ dolls have amazing glow-in-the-dark bodies and are having a splashing time under the moonlight this season.

Each doll comes dressed in a unique bathing suit with a cape, which doubles as a sarong, and a stylish hat. Also included is a broomstick themed hairbrush and doll stand. The dolls have stunning glass eyes and articulated poseable bodies. Each character also has a special power and personal ‘witch mark’ symbol.

Included in the new range are original characters: Jade J’Adore™, Meygana Broomstix™, Cloetta Spelletta™, Sashabella Paws™, and Yasmina Clairvoya™, as well as brand new character Fianna Fins™, who has risen up from the waves to join her Bratzillaz™ friends.

Bratzillaz™ are the witchy glam cousins of the original Bratz dolls. They study at an exclusive fashion magic academy known as the ‘Bratzillaz™ Academy’, where they learn magical powers to do good for all those around them.

Bratzillaz™ Midnight Beach™ dolls are suitable for ages six years plus, priced at around £17.99, and available from all good toy retailers nationwide. 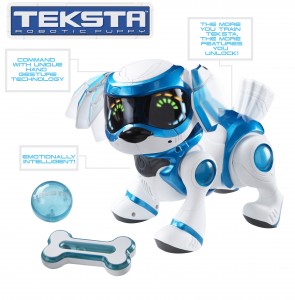 Christmas in July has now become a trend in the world of PR and marketing. It is when journalists are invited to see what are predicted to be the trendiest toys for Christmas. You arrive there in a Christmassy atmosphere where they offer you mince pies etc which frankly feels so wrong in the middle of the Summer (even if the weather is wintery outside).
Anyway this year Hamleys experts predict that the robotic puppy called Teksta Puppy will be the best seller. Priced at £75 I am not sure this will be affordable for most families. Although it is cute as it obeys commands to sit and do backflips. 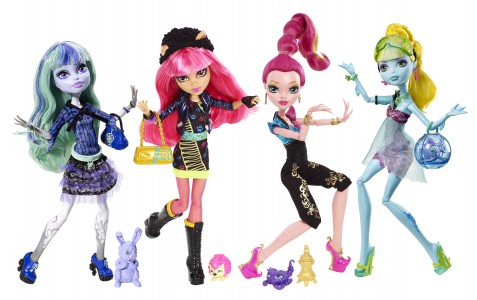 Personally I think the new Monsters High Dolls by Mattel will be a big hit among the girls. 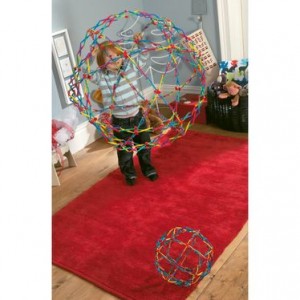 I also like some of the new toys Hamleys create for their shop like the magic black boards in plastic where you can paint using your fingers and pieces of old credit cards. This year one of the best is probably the HAMLEYS LARGE RAINBOW SPHERE. This fantastic colourful sphere expands outward from 9” to 30” in diameter with a magical motion that amazes everyone who sees it, making this classic toy a favourite of kids and adults everywhere. Throw it in the air to amaze your friends or hang it in your room as a cool kinetic sphere. RRP £27.

In November we will publish our own Christmas Gift Guide both in print and online. Watch this space!

This entry was posted on Thursday, July 4th, 2013 at 9:00 am and is filed under Get Creative. You can follow any responses to this entry through the RSS 2.0 feed. You can leave a response, or trackback from your own site.