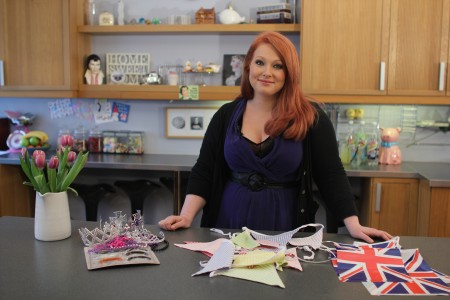 1. Communicate with your guests

When you invite guests be as clear as possible about what sort of party it is (i.e. is it formal or relaxed, tightly planned or easy going) so that they know what to expect and what you expect of them. Ask them to RSVP, then send out a reminder email to confirmed attendees around a week before the party with any important timings (for example, if you’re serving food from 7pm people will know not to arrive at 9pm if they want to eat).

It’s a fact of life that sometimes people just don’t turn up. When inviting people to a party the rule of thumb is to invite approximately 1/3 more than you want to attend. Ask them to RSVP, and then assume that 10 – 15% of the confirmed attendees will drop out. If you’re working with fixed numbers (for example, a large formal dinner) then it’s fine to have a second list of people to invite as spaces become free.

Give yourself plenty of time to get everything ready so that you won’t be flustered when people arrive. If you know that you won’t get things ready on time then don’t be afraid to ask for help.

Say hello, take their coats, offer them a drink and have a brief chat before welcoming the next person. This means that everyone will know that you’re delighted to have them there and you won’t end up with a single guest that you haven’t had a chance to speak to by the end of the party.

Nothing sets the mood like music, and nothing breaks it faster than the end of a playlist or CD. Work out how long your party is going to last and make up a playlist that’s an hour or so longer. That way you can set it playing and forget about it until the end of the party (or until one of your guests volunteers for laptop DJ duty).

Too much food is far better than not enough, you can pick at any leftovers while you’re tidying up the next day.

It seems terribly old fashioned to go around a party telling strangers what they have in common with each other, but it works. Not all guests will be confident in social situations so it doesn’t hurt to help them along a little by introducing them to a kindred spirit.

8. Be prepared for accidents

They’re going to happen, so make sure you’ve got some good cleaning products and a first aid kit tucked away somewhere. Then if something untoward does happen you can jump in to fix it, reassure the guest that it’s not a big deal and be back enjoying the party before the ice cubes in your drink have melted.

There comes a point in a party where you just have to let everyone get on with it. You can’t micromanage fun and your guests would much prefer it if you enjoyed the party anyway.

The tidying up afterwards is the worst bit, so share it with your nearest and dearest by bribing them with brunch in return for pitching in. If you really can’t face it hire in a cleaning service, but whatever you do make arrangements beforehand – many hands make light work!

Tags:  Diamond jubilee Jubilee jubilympic year party tips Polly Betton The Thames Diamond Jubilee Pageant
This entry was posted on Monday, May 28th, 2012 at 7:43 pm and is filed under Blog, Get Creative, Party tips. You can follow any responses to this entry through the RSS 2.0 feed. You can leave a response, or trackback from your own site.