The Barbie™ Popstar Academy is taking place next weekend and is in high demand with hundreds of little girls jumping at the chance to sing and dance like Barbie™ in her latest DVD Barbie™ The Princess & the Popstar out on DVD 3rd September 2012, where she fulfils her lifelong dream of becoming a popstar. 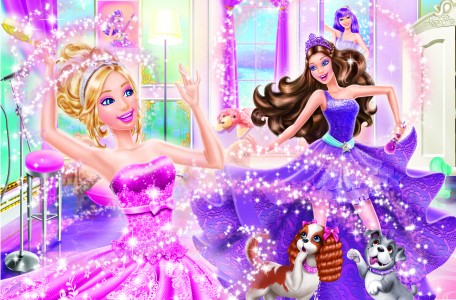 For all those mums considering performing arts for their little ones, particularly at this time of year when X-Factor is back on screens and dreams of being a popstar are rekindled, here’s some simple, top tips to get you started from Denise Hutton-Gosney the founder of leading theatre school Razzamataz:

1) Performing in front of people takes confidence and for some children it is a skill that needs to be learnt and encouraged. The easiest way to do this is to take every opportunity to practice speaking aloud and performing in front of family and friends to make it a fun experience. This could be dancing along to a song on the radio or reading a favourite book aloud before bed. Having the confidence to perform in front of people is a valuable skill that children can use in many different circumstances as they’re growing up.

2) There’s much more on offer than many mums expect when it comes to finding a class to introduce a child to performing arts. Children today can try all different kinds of styles of dance from Jazz to Irish to hip hop. Singing classes can range from opera to pop and acting classes can cover musical theatre to comedy and improvisation. There really is something for everyone and children should have a go at as many as possible to find the class that they enjoy the most.

3) It’s important that mums and dads encourage their child’s interest in performing arts and show that they are their biggest fan! This could simply mean turning up at performances and cheering from the front row. 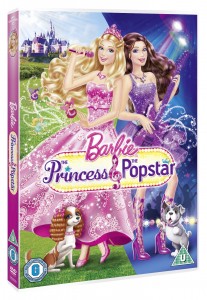 4) If you choose to send your child to a theatre school make sure that you meet the teachers and are confident that they can provide a stimulating and encouraging environment which will help nurture your child’s talent. Classes should involve lots of participation so no child is sitting out for long.

6) The emphasis should always be on having fun, fun, fun!

7) Involve siblings and friends and create your own theatre school at home. Choose your child’s favourite songs and books and have fun re-enacting the storylines and singing the words. Would make a great performance next time Grandma visits!

8) Make use of potential down times such as travelling in the car to practice singing. This not only keeps children entertained on long journeys but also helps them become familiar with songs so they feel more confident when singing them in front of other people.

9) Hold your own mini awards ceremony to recognise the extraordinary talent in your household!

10) Never feel embarrassed to show off your own singing or dancing talents (if you have them!). Your little one will follow suit and find it entertaining that you’re joining in!

I might be biased as a Barbie collector but after every new Barbie movie release I feel more excited.

I am aware that the Monster High Dolls trend might have surpassed the fashionable Barbie but I am personally still a Barbie girl and I don’t think there will ever be another doll who will be able to achieve what Barbie has done in over 50 years of providing girls with lots of entertainment.

Barbie™ is back in Barbie™ The Princess & the Popstar, the first Barbie™ musical in five years available on DVD from 3rd September 2012.

Barbie™ The Princess & the Popstar is a modern twist on the well-known story of the Prince (ess) and the Pauper. In this sparkling musical adventure, Barbie™ stars as Tori™, the kind-hearted princess of Meribella who would rather sing and dance than perform her royal duties. When her favourite pop star Keira™ visits the kingdom, the girls discover they have much in common, including a magical secret!

Soon enough Princess Tori™, reveals her Kingdom’s secret to her new friend, a magical orchid that produces beautiful diamonds and the pair soon realise that with the help of a little shared magic, they can live out their dreams and change places. For Princess Tori™, this means becoming the popstar she’s always wanted to be and living an ordinary life. But when it comes to Barbie™, nothing is ever ordinary.

For all Barbie™ fans who like both popstars and princesses, the Barbie™ The Princess & The Popstar DVD is set to become the new jewel in your collection. The DVD is available to pre-order now and contains special features and bonus material to crown it as one of the hottest releases in Barbie™’s film history. RRP DVD: £10.99

Tags:  Barbie family movies fashion kids' movies
This entry was posted on Tuesday, August 28th, 2012 at 9:30 am and is filed under Blog, Get Creative. You can follow any responses to this entry through the RSS 2.0 feed. You can leave a response, or trackback from your own site.