I’m back introducing Harry Potter and The Philosopher’s Stone to 4-6 year old children with home-made illustrations.

Harry is now 10 years old. He still lives with his family, the Dursleys. His aunt is Aunt Pechooneeya and his uncle is Uncle Vernin. Their son is Dudderly. The family is never kind to Harry. 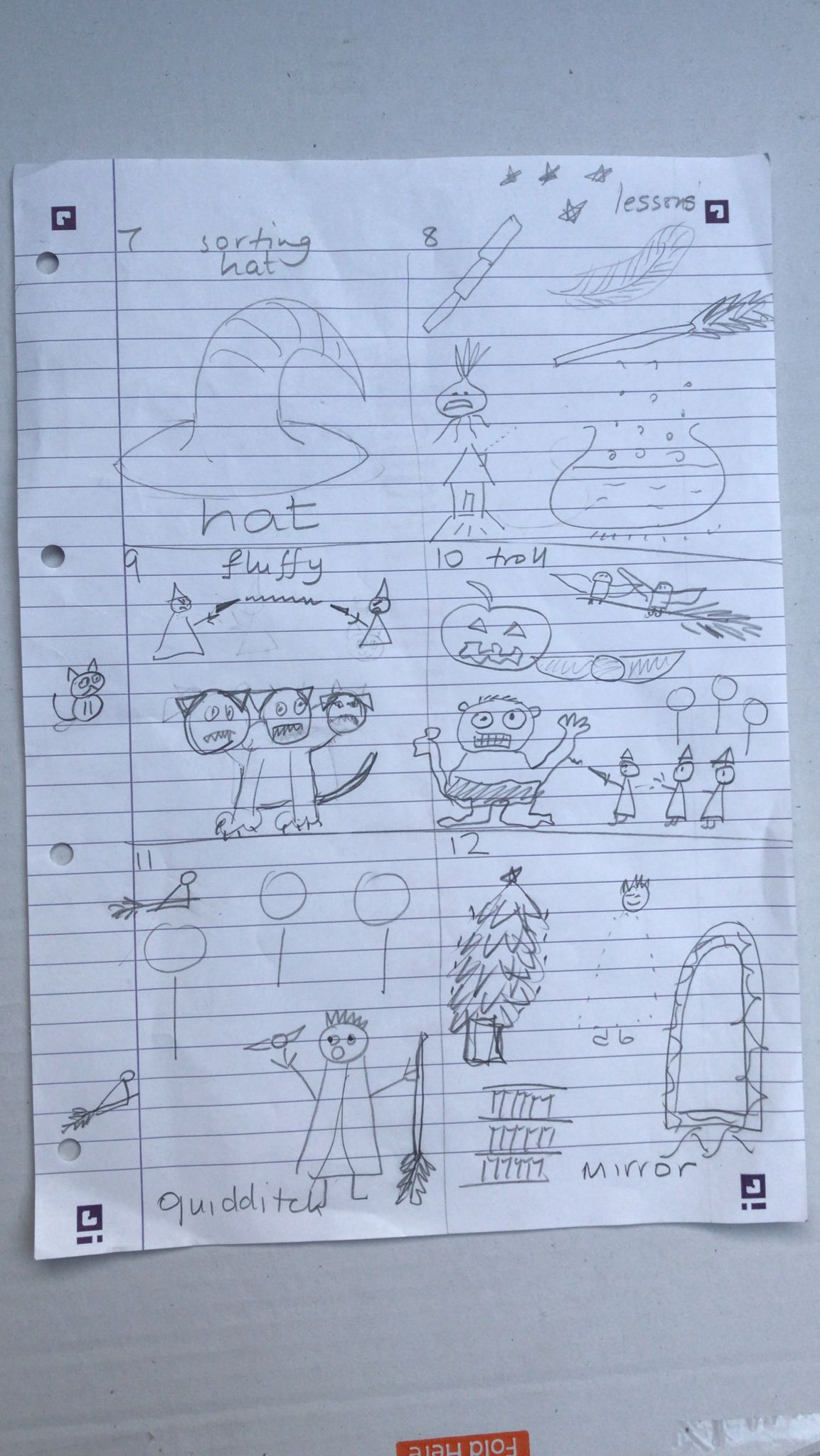 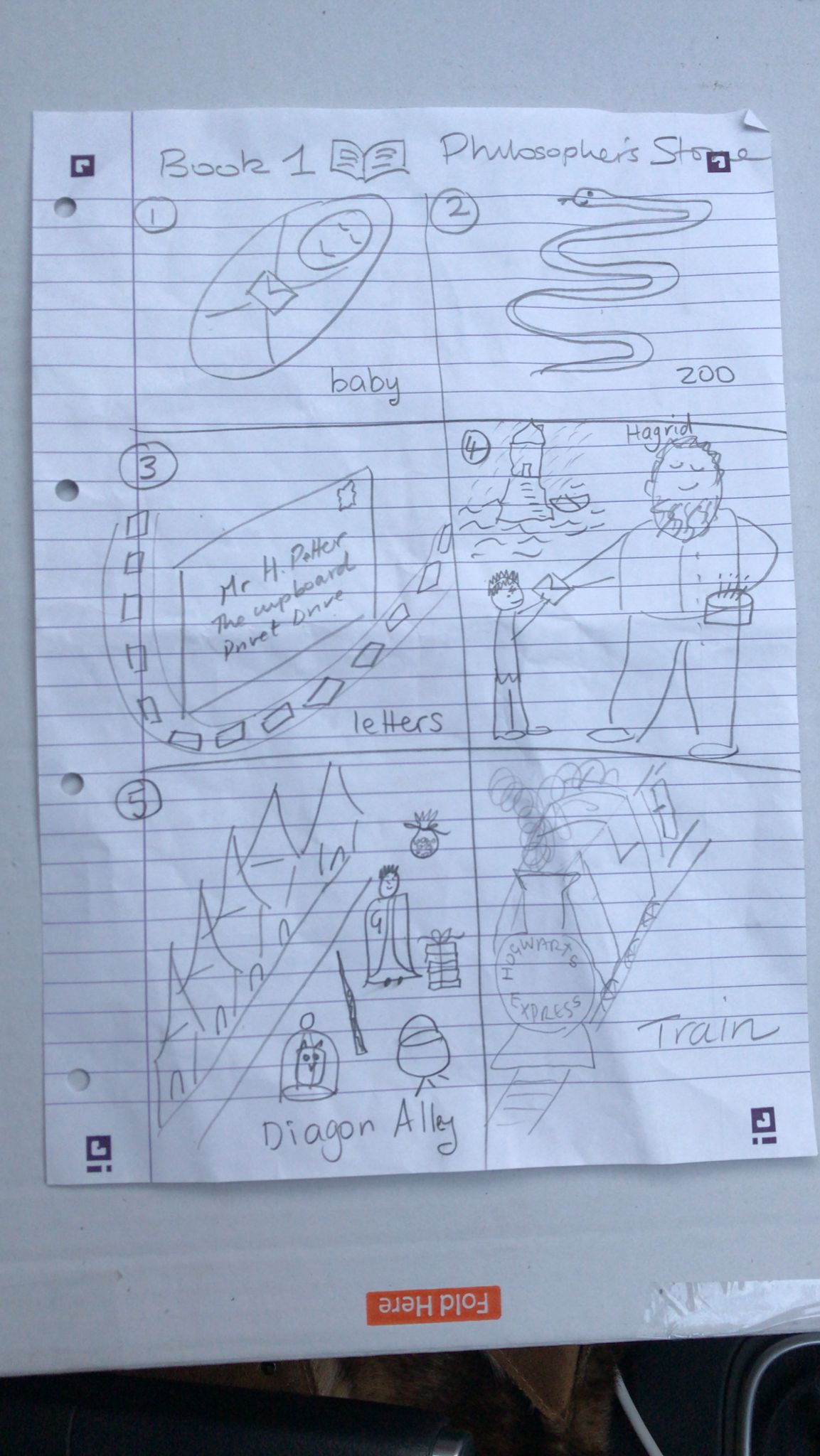 On Dudderly’s 11th birthday, he starts going all whiney-whiney coz he only has 34 presents and he wants more. He so greedy. Last year he had 35 presents. Uncle Vernin and Aunt Pechooneeya give him so many presents, he has two bedrooms, one for sleeping, one for all the presents. So there’s no space for Harry to have a bedroom.

Dudderly’s mummy and daddy take him and Harry to the zoo for his birthday, and to get more presents from the zoo shop. In the reptile house Harry starts talking to a big snake in his glass box. Dudderly sees Harry and pushes him away so hard, Harry falls on the ground. Harry is angry and suddenly the glass disappears so the snake can come out. The snake says ‘Thanks’ to Harry. Dudderly is screaming and runs away to his mummy and daddy. The snake doesn’t want to hurt the children at the zoo. He just wants to go home to his rainforest in Brazil.

Harry doesn’t know why the glass disappeared. The Vernons know why but they don’t tell him. They are very angry at Harry. They all go home and shut Harry in his cupboard under the stairs. Harry is so lonely.

Imagine Harry comes to your house, are you going to be kind to him?

This entry was posted on Thursday, January 5th, 2023 at 9:54 am and is filed under Get Creative. You can follow any responses to this entry through the RSS 2.0 feed. You can skip to the end and leave a response. Pinging is currently not allowed.