A third of parents regret giving their children games consoles, mobile phones and computers, a study reveals today. Having not known life without the internet and technology, parents fear their children are so used to the immediate gratification of digital devices that they are lacking key interpersonal skills such as patience and social and communication skills that develop from taking part in creative activities. 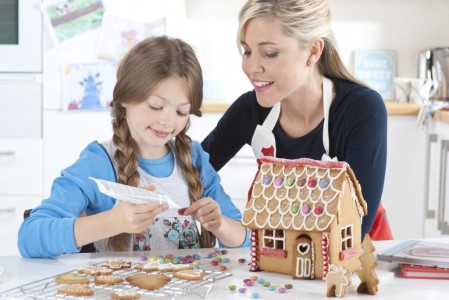 · More than two-thirds of parents have tried to confiscate gadgets 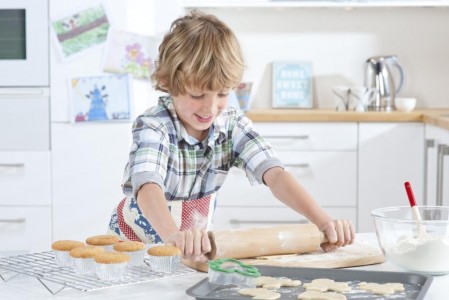 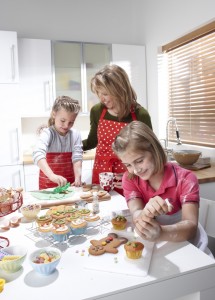 With the survey finding that more than half of youngsters have a handheld games console, while another 50% have a games console such as a Nintendo Wii, and four in ten children having a TV in their bedroom, will parents give into their children wanting to watch TV and play on their computers all day – a pastime that children spend 3hrs 5mins doing everyday according to those parents polled, or will they undertake something more creative and fun. 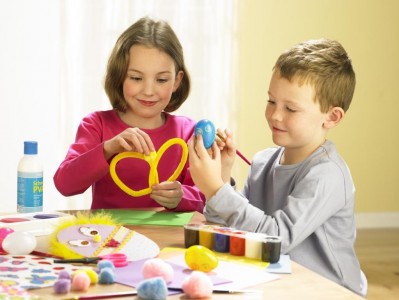 Emma Kenny, Media Psychologist, comments: “Generation C (Connected), who are those born from 2000 onwards are experiencing a different type of childhood than any other generation. It is important to consider the longer-term effects a lack of creative activities in childhood can have, with lack of concentration and patience becoming increasingly evident as well as a lack of problem-solving skills which creative activity helps develop.” 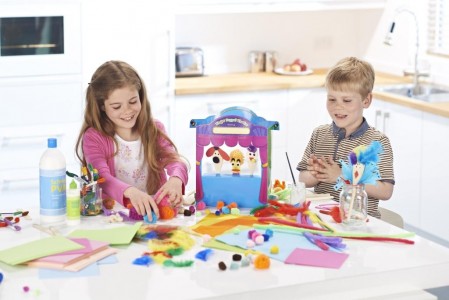 The survey, commissioned by Hobbycraft polled 2,000 parents of children aged 3-16, also revealed that 67%of parents are often left feeling annoyed by the amount of time their children spend sat on their computer or watching TV instead of taking part in more traditional childhood activities. 66% of parents also worry about technology effecting quality time spent as a family, and because of this, 80% are considering buying a creative gift for their child’s next birthday or Christmas instead of a technology based present. 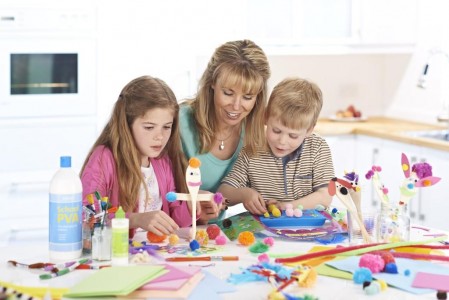 Catriona Marshall, CEO of Hobbycraft, comments: ‘’With so much emphasis placed on children to achieve academically from a young age these days, the beauty of creative activity is that whatever the child creates, regardless of their ability, there is always someone to love, cherish and appreciate it which is great for building their self-esteem and confidence.”

“With the majority of children being given these gadgets by their parents, most mums and dads are finding it difficult to change things now. They face the dilemma of whether to give in and let their kids watch or play what they want, or encourage them to participate in some creative games and activities,” continues Catriona.

Out of all creative activities the most popular was baking a cake, with 49% of children having done this in the past month at home, possibly influenced by the latest cupcake craze. Despite parents’ worry over their children’s creative development 66%of all parents admit to keeping all the drawings their children do. 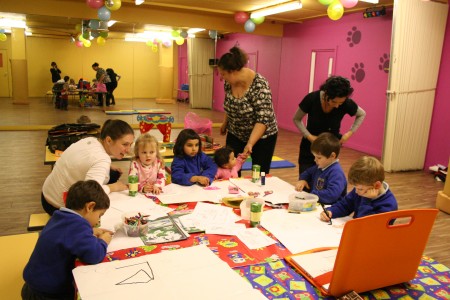 London Mums organise a lovely art & craft playgroup and workshop for both mums and children of all ages (from toddlers to teenagers) at Eddie Catz Putney every Monday 4,15-5,15pm. If you are interested in attending please email info@londonmumsmagazine.com

Tags:  art & craft art & craft classes art course crafty creative creative recycling get creative
This entry was posted on Friday, June 15th, 2012 at 1:02 pm and is filed under Blog, Get Creative, Parenting Skills, Schooling. You can follow any responses to this entry through the RSS 2.0 feed. You can leave a response, or trackback from your own site.