In the 70s when I was a toddler, I grew up with Disney stories and at that time there was only Disney to entertain us. My 6 year old son now is growing up with so many new characters but personally I still prefer the Disney ones as they appeal to a universal audience and offer such great values to look forward to. A few days ago I attended the launch of the Winnie the Pooh Storytelling Academy where I had the pleasure of meeting the fabulous Zoe Ball as well as child psychologist Emma Kenny, and Disney’s Justine Finch. 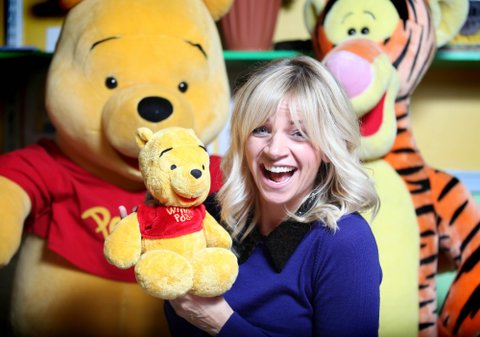 In this feature we cover the result of this new study as well as the launch of a fantastic online resource for parents looking for inspiration for storytelling. Busy lifestyles and long working hours are seen to present obstacles to storytelling so this FREE online platform is an ideal tool for parents struggling to come up with new ideas for stories (kids are very demanding these days!). As Emma Kenny rightly said, ‘there’s no excuse to set some time out to read a story to your child’ and I personally agree with her. According to the research, Dads seem to need a confidence boost when it comes to storytelling. 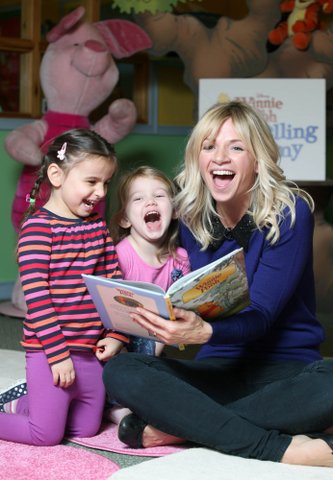 Disney today launches the Winnie the Pooh Storytelling Academy, as new research reveals that only a third (30%) of the UK parenting population read to their children every day, despite 51% of parents surveyed saying storytelling time enables them to spend quality time with their children, and 47% know their children enjoy having stories read to them. Offering tips, tricks and guidance designed to help modern parents create shared family story time experiences, Disney has brought together a panel of storytelling experts to form the Winnie the Pooh Storytelling Academy which includes broadcaster, Strictly Come Dancing star and mum of two, Zoe Ball, child psychologist Emma Kenny, and Disney’s Justine Finch. 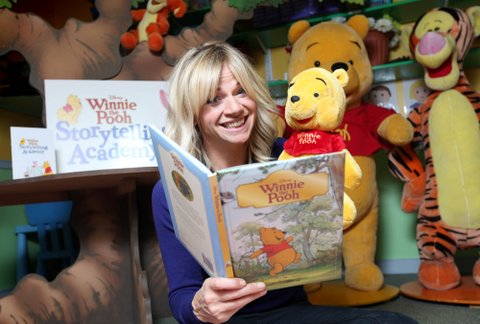 Within the research findings, some strong statistics have appeared. In such a digital age, we have found that rather than embracing its positive potential a massive two thirds (67%) of parents and grandparents polled feel that modern technology in the home is distracting them from storytelling. As well as this, almost a third (29%) of the population are too tired for tales, whilst another third (29%) feel that they get home from work too late, and a further fifth (22%) feel distracted by other activities at home.

Lack of confidence to blame

Lacking confidence in storytelling may be to blame, as over one third of parents and grandparents (34%) wish they were better storytellers. It is the UK male population who claim to lack in confidence with only just over half of those polled (57%) rating themselves as ‘good’ story tellers, compared to 67% of women polled. One potential reason for this that the survey revealed might be that women were read to more when they were children (58% of women vs. 44% of men). 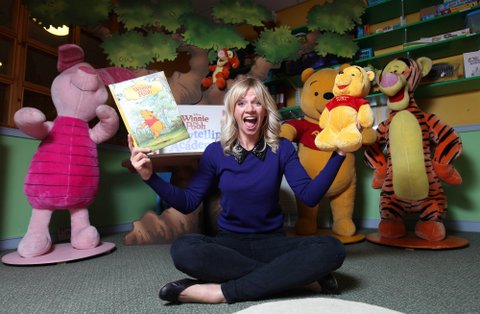 The survey also shows that confidence in storytelling comes with experience as a whopping 81% of those aged over 55 regard themselves as good storytellers compared to 44% of 18-24 year olds. Additionally, traditional tales remain most popular as the vast majority (84%) of the respondents nostalgically favour stories that they themselves were read as children.

Interestingly, it is the younger age group who are more nostalgic – those aged 18-24 years are most likely (32%) to read their children the same stories that they were read as children and over a quarter (26%) prefer to tell classic stories like Winnie the Pooh, with only a very small percentage (7%) preferring to make up their own stories. Interestingly, those from the land of great poets, Wales, are the most likely (16%) to be found conjuring up their own bedtime tales for kids. 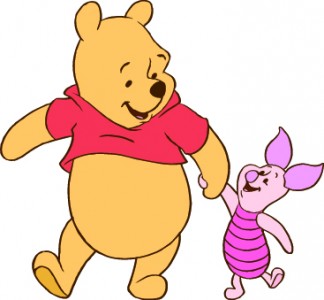 Disney has brought together a panel of storytelling experts which includes broadcaster and mum of two, Zoe Ball, child psychologist Emma Kenny, and Disney’s Justine Finch, in order to create the Winnie the Pooh Storytelling Academy. The Academy is an online resource offering a wide range of tips, tricks and guidance designed to show modern parents how both traditional and modern multimedia storytelling techniques can help them achieve a rich, shared family story time experience.

Zoe Ball, TV and Radio presenter and mother of two comments: “I am a great believer in the magic of bedtime stories and hope that the Winnie the Pooh Storytelling Academy will inspire other parents. When I was young my dad would enthusiastically read tales of Winnie the Pooh, Piglet, Tigger and friends to me, and put on daft voices to really bring the story to life. These are memories which I treasure and now I can share those special bedtime stories with my own children.”

“Disney has a rich heritage in bringing to life the tales of Winnie the Pooh and his friends from the Hundred Acre Wood, and bringing stories to life is something we want to encourage UK parents to do. We set up the Winnie the Pooh Storytelling Academy as a valuable online resource where parents and grandparents who face storytelling challenges such as a lack of confidence or distractions can go to pick up tips and tricks from our panel of experts,” comments Justine Finch, Winnie the Pooh expert at Disney. “In this hyper-connected world we want to help them to keep the art of storytelling alive for the next generation via a whole host of media like iPad apps, audio books and the traditional hardback, to create memorable shared family experiences.”

The Disney Winnie the Pooh Storytelling Academy can be found at www.disney.co.uk/winniethepooh/storytelling

Additionally, Robert Webb stars in Tales of Friendship with Winnie the Pooh, which premieres on 15th October 2012 on Disney Junior.

The Survey was carried out by YouGov of 1,000 parents and grandparents in the UK with children under six in August 2012.

If you enjoyed this story you may like our feature on the importance of storytelling.

Tags:  celebrity disney storytelling strictly come dancing the importance of storytelling winnie the pooh
This entry was posted on Friday, October 5th, 2012 at 12:30 am and is filed under Blog, Get Creative, Parenting Skills, Schooling. You can follow any responses to this entry through the RSS 2.0 feed. You can leave a response, or trackback from your own site.