Yawning not contagious for autistic children

I am always fascinated by nuggets of scientific research that I read in the Science news digest newsletters from the British Science Association. This one was published on the 1st October 2013. It’s about yawning…. 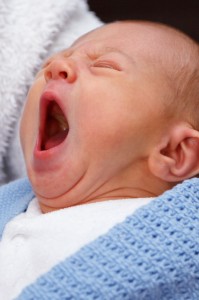 Yawning is often contagious, but children with autism might miss facial cues that signal a yawn, according to a new study. While many people can’t help but yawn when someone around them does, this research suggests that this isn’t the case for everyone, according to Scientific American.

Tiredness, boredom and stress can all cause a yawn, but the contagious aspect of yawning is most interesting to researchers at the Department of Cognitive and Behavioral Science at the University of Tokyo. Participants in the study were presented with a video of a woman yawning, and researchers counted the number of yawns from the participants. To make sure the participants were paying attention, they were fitted with eye-tracking equipment so that the yawning video could be played when they were looking.

The study found that autistic children yawned much more when they were watching the video intently, indicating the likelihood that they miss visual cues in everyday life. It has previously been established that children with autism are much less likely to experience contagious or ‘social’ yawning. The researchers state that this difference is a result of the tendency of children with autism to avoid looking at the faces of others.

The announcement follows research from Durham and Northumbria Universities that explored the role of eye contact in conversation. In a presentation at the British Science Festival in Newcastle, Debbie Riby explained that looking away from someone as you speak to them is an important part of human interaction. She also reported that children with autism miss important visual clues when listening.

She said: “One of the really important things for teachers to be aware of is that we shouldn’t expect children to keep looking at us, when they’re trying to think. And that goes for a teacher of a typically developing child, a child with autism or a child with Williams syndrome.

“If teachers work with pupils with autism, they also need to be aware that these children might be missing important non-verbal cues. We could encourage them to look at us when they’re listening, but we shouldn’t get that mixed up with when they’re thinking.”

When are you yawning?

This entry was posted on Friday, October 4th, 2013 at 9:00 am and is filed under Fitness & Health. You can follow any responses to this entry through the RSS 2.0 feed. You can leave a response, or trackback from your own site.