Will this be your last New Year diet ever?

So, it’s New Year resolution time again!  How many people begin the year with the same old weight-loss resolution and say to themselves  ‘This will be the last time’.

An estimated 25 million people will start dieting again on January 1 in the hope that this time it will somehow, be different, that they’ll lose weight and keep it off for good.  Sadly, all the evidence proves that for the vast majority of people dieting is doomed to fail.

One of the hardest concepts for many people to grasp is that losing weight is really all about what goes on in your head, not what’s happening to your waistline.

Here are the six things we think people really ought to know before they start another diet in the New Year.

All the research shows that no matter what size you are, diets make you hungry and create powerful cravings for the very things you’re trying to avoid. As well as these cravings, dieters feel deprived.

When we deprive ourselves of food – and many diets are nothing more than temporary starvation – our brains crave nice things to eat. Research at Imperial College London proves that people on diets find it harder to control and resist the temptation of food.

By using MRI scans, scientists discovered that part of the brain thought to be involved in “food appeal,” the orbitofrontal cortex, became more active on an empty stomach. The brain was more attracted to food if people had skipped breakfast, so people ate more food at lunch and high-calorific food became even more appealing.

Our weight yo-yos up and down when we diet because the brain treats diets like famine. As soon as you come off a diet the body goes into overdrive, hoarding fat in readiness for the next time. So that’s why so many people find they put on weight again after coming off a diet. Depressing I know!

The medical journal American Psychologist reported a study which shows that people who start habitually dieting from a young age tend to be significantly heavier after five years than teenagers who never dieted.

Scientists say that although slimmers can lose significant amounts of weight in the first few months of a diet, research shows that 95 per cent return to their starting weight or end up WEIGHING MORE. This is because when you force yourself to go hungry your brain magnifies food cravings into over-powering obsessions that take over.

Professor Traci Mann, a psychologist at the University of California in Los Angeles, says: “Diets do not lead to sustained weight loss or health benefits for the majority of people. You can initially lose five to 10 per cent of your weight on any number of diets, but then the weight comes back.”

At Thinking Slimmer we have many case histories to prove that weight loss can be lasting if the mind is retuned. Jo Hallam, from Nottingham, has lost almost four stone and overcame an addiction to sugar that made her drink 160 cans of Coke a month.

She started listening to a Slimpod four years ago – and in that time has not put a single pound back on.

3. Depriving yourself puts a huge strain on your body

Losing weight and putting it back again puts a huge strain on the body, causing unnecessary wear and tear. Professor Mann analysed long-term studies of 31 diet regimes and concluded that most people would have been better off not dieting at all.

Dr Michelle May, who teaches mindful eating, warns that unless medically supervised you shouldn’t cut calories below 1,200 per day or struggle to get enough nutrients to fuel your activities and satisfy your hunger.

Protein is one of those essential nutrients which helps make muscle tissue and keep us active, healthy and strong. It also makes enzymes and antibodies to help us fight infection.

We get protein in milk, yogurt, meat, eggs, fish, beans and nuts – but when we’re dieting these can be the kind of foods we tend to cut out.

4. Burning calories is as important as cutting down on them

Our bodies are meant to move – they actually long for exercise. Regular exercise to burn off calories reduces the risk of heart problems, cancer, high blood pressure, diabetes and other diseases. It can also delay the ageing process.

Dieting will cause you to lose not just the harmful fat but also useful muscle.

The more muscle you have, the more calories you burn so when you start to lose muscle you need less food. The trouble is that eventually you’ll reach the point where you stop losing weight even though you’re taking in less food. So dieting without taking exercise won’t produce lasting weight loss.

Other benefits of exercise: It reduces stress, lifts moods, helps you sleep better, can keep you looking younger and improves your sex life. Right, where are those trainers… 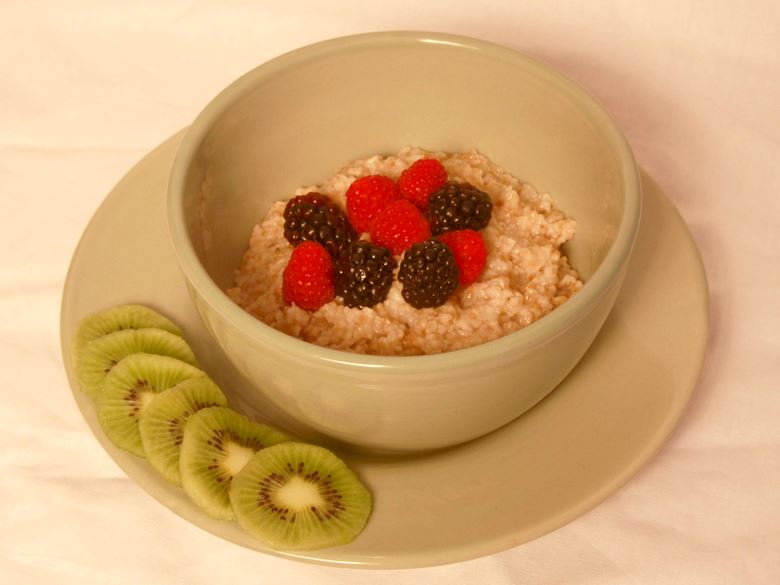 7.  Dieting plays havoc with your metabolism

Dieting affects our metabolic rates, the rate at which our bodies break down and use energy, and by eating less it ultimately delays this process.  If we look at how our bodies are designed when it comes to food, we’re still programmed to deal with food shortages and times of starvation.  Author of Fat Chance!, Professor Jane Ogden says  ‘In evolutionary terms, it’s far more damaging and more likely for the body to starve to death than it is to overeat and our bodies know just what to do when we go through the periods of starvation that happen when we diet, it stores the excess food as fat and then uses it to produce the energy we need to keep going. As a result, the metabolic rate decreases so that the body can function as efficiently as possible and therefore use as little energy as possible and as little stored fat.

6. Change your lifestyle to make a lasting difference

Dieting may lose you a few pounds in the short-term, but is it addressing the underlying causes of being overweight? Is a diet changing your lifestyle for good or just suppressing the problem for a little while?

Nearly every day I speak to people who have been dieting for many years and have lost the same 2 stones over and over again.  They tell me this diet worked and that diet worked.  So when I ask them what they mean by ‘it worked’ – I get silence…. and then a realisation.. ‘well I lost weight, but put it all back on again and more!  Surely if diets worked in the long term there wouldn’t be an estimated 25 million people going back on one in the UK on 1st January.   So have a think about this. If you do what you’ve always done you’ll get what you’ve always got…How about doing something different for a change?

Sandra Roycroft-Davis, founder of ThinkingSlimmer.com, is a Harley Street behavioural change specialist. Thinking Slimmer is a world leader in the use of unconscious persuasion to help people change their lifestyle and lose weight through its unique Slimpod downloads.

Sandra qualified as a cognitive hypnotherapist at the Quest Institute and is an NLP Master Practitioner. She has spent years studying the psychology of eating and weight control and has lectured to American university students and recently spoken at weight loss seminar in the House of Commons.

This entry was posted on Friday, December 26th, 2014 at 7:30 pm and is filed under Fitness & Health. You can follow any responses to this entry through the RSS 2.0 feed. Both comments and pings are currently closed.