Read this great testimonial from Karen Henry, mother to six–year old Lauren Henry. “I had my first nights sleep in two years after a vine extract cured my daughter’s eczema!” 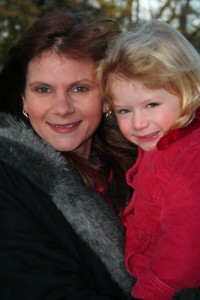 “Lauren has always suffered with terrible eczema since she was a baby.

In summer her eczema got so bad she had to be bandaged from the neck down every night as if not she tore her skin open through scratching.
Laurens’ eczema makes going on a family summer holiday almost impossible as the heat makes Lauren’s skin even worse. 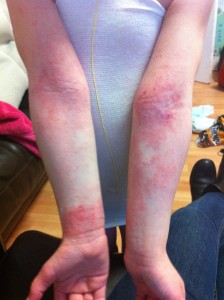 We have virtually lived at the doctor’s surgery over the years and have been prescribed every type of steroid cream in existence. Most cause Lauren so much pain when they are applied that after a long battle I stopped using all prescribed mediations and decided to look for an alternative solution as I had lots faith in prescribed treatments.
It was through parent forums that I eventually found Cardiospermum Gel. 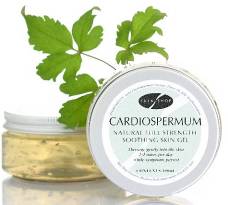 I read about a study on it for eczema and it sounded convincing so I ordered some.

It arrived on a Friday. I used two applications of the gel on Lauren’s arms on the Friday, three on the Saturday, three on the Sunday and three on the Monday. If I had not seen the difference my own eyes I would never have believed it. Before the weekend she was covered in bleeding red open sore. By the end of Monday most of the redness had gone, the sores had closed and her skin was not itching. It was incredible. For the first time in two years I had three nights of undisturbed sleep because Lauren slept through the night without waking in pain.

I went back to see our GP and he could not believe what he saw. He said he’d never seen such a dramatic improvement in his career. I use the gel on Lauren’s skin very day now and her eczema is finally under control. 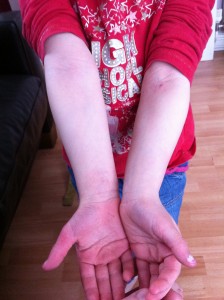 Lauren’s skin is so much better that we are even planning a summer holiday this year. My other children are so excited at the prospect, it feels like we can be a normal family again.”

Cardiospemum is a natural gel made from a vine extract called Cardiospermum that has been shown in a UK trial and in other research to help relive itchy, inflamed and dry skin. It’s medicinal powers lie mostly in its leaves which have been used for hundreds of years in Sri Lanka as a poultice for skin diseases, namely eczema and dermatitis.

This entry was posted on Friday, May 10th, 2013 at 9:00 am and is filed under Fitness & Health. You can follow any responses to this entry through the RSS 2.0 feed. You can leave a response, or trackback from your own site.