Research released today by Initial Hygiene suggests that teachers need to be encourage their pupils to wash their hands, as parents may be endangering their children’s health by taking a ‘laissez-faire’ approach to hand hygiene. A survey of primary school children and their parents has shown kids lag behind their parents when it comes to handwashing, with over 40% of youngsters saying that they don’t always wash their hands with soap after using the toilet, and almost three quarters admitting they didn’t wash before every meal. 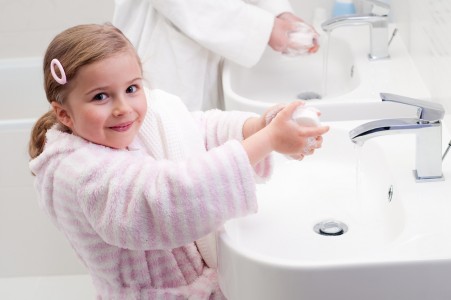 90% of the parents questioned said that they believed their children could be too hygienic and that ‘a bit of dirt might be good for them’. Just over two thirds of the children surveyed said that their parents played the biggest role in influencing their hand-washing habits, suggesting that mums’ and dads’ lax attitude towards hand hygiene is the reason behind their kids’ poor habits.

The children surveyed said that teachers were the second largest influence in encouraging handwashing. However, almost half (43%) said that they were not encouraged by their school to wash their hands regularly.

Microbiological testing conducted by Initial showed that 20% of children’s hands are home to ‘heavy’ levels of bacteria which pose a risk of cross-contamination. Boys’ hands were found to be dirtier than girls’, and those aged 8 had the highest average levels of bacteria on their hands among the focus group of 7- to 11-year olds.

A selection of children were interviewed, as part of the focus group session, to assess their views on handwashing. George, aged 9, commented “I wash my hands because Adam’s mum tells me to. My mum doesn’t! I didn’t used to wash my hands because I didn’t like water, but now I’m older I realise about germs. Girls wash their hands more than boys because they’re neater.”

In contrast to the research findings, many of the children interviewed believed they had better handwashing habits than their parents. Anna, aged 8, said “I think children wash their hands more often than grown-ups because grown-ups don’t have books on bacteria like we get at school.”

Amongst the children there was an awareness of the benefits of using hand sanitiser after hand washing, and some even claimed to carry their own, whether it was supplied in school or not.

The research has been unveiled ahead of Global Handwashing Day, which takes place on October 15th, and encourages better hand hygiene practises in order to reduce the spread of infectious diseases. Hands provide a perfect breeding ground for a wide range of bacteria and viruses, including swine flu (H1N1), MRSA, Salmonella, Norovirus and E. coli.

Despite their laid-back attitude, 88% of parents recognise that handwashing is important to their overall health. More than two thirds believed that their children are cleaner than they were at the same age, whilst 60% claimed that they encouraged their kids to wash their hands more regularly then they do. However, despite these claims, the research showed that parents were the more regular hand-washers.

Dr Peter Barratt, Technical Manager, Initial Hygiene, commented: “In the past few years we have learnt an awful lot more about the dangers posed by poor hand hygiene. Parents’ belief that their children may be ‘too hygienic’ is alarming, and schools need to take greater responsibility in nurturing better habits among their pupils. Many common pathogens can be carried on hands, from Staphylococcus and E. Coli to Norovirus and influenza. Regularly washing hands with soap and water has been proven to reduce the risk of spreading these types of pathogens, and so it is up to parents to educate their children on how handwashing can help them stay fit and healthy.” 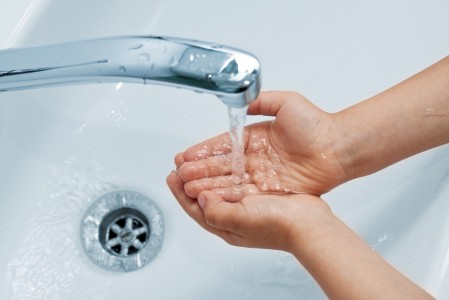 Changing Habits: how to get your kids to wash their hands

· Have the handwashing area set up for comfort – provide a child-safe stool or a low wash basin, and make sure they can reach the soap, hand dryer or towels

· Make it into a game – keep a handwashing chart and encourage children to add to it each time they wash their hands. You could even add a reward after a certain number of washes

· Most importantly, keep calm and keep it fun and simple. As soon as children feel pressured they will lose their enthusiasm for hand washing

Top 5 activities which pose a risk of cross-contamination (according to parents):

To do carry out the research, bacterial levels on hands were measured using nutrient agar dip slides applied to the palms of the candidates’ dominant hands. These slides were incubated and colony-forming units counted after 72 hours incubation at 37 C. Samples were taken from 50 school children in West London on 26th September 2012.

Tags:  back to school parental advice parenting skills schooling
This entry was posted on Thursday, October 11th, 2012 at 1:09 pm and is filed under Blog, Fitness & Health, Parenting Skills, Schooling. You can follow any responses to this entry through the RSS 2.0 feed. You can leave a response, or trackback from your own site.