March is Ovarian Cancer Awareness month so we have gathered important information on how to prevent it and how to recognise potential symptoms.

General advice for all cancers is a healthy diet rich in fruit and veg, exercise and maintaining a healthy weight. However, some specific advice for ovarian cancer prevention include:

– if a woman has the choice, breast feed

– if a woman has the choice, start your family sooner rather than later (before the age of 30)

– Taking the contraceptive pill can reduce risk.  If a women is not already on the Pill she will need to have a serious discussion about this with her GP as there are side effects of taking the Pill and it might not be worth going on the pill simply to reduce ovarian cancer risk as it is a very rare cancer.

For women with a very strong family history of ovarian cancer they can discuss taking the Pill and surgery (removal of the ovaries and Fallopian tubes) with their GP as a preventative measure.

Early symptoms to look out for include:

Other less common symptoms include: back pain, fatigue and changes in bowel habits (constipation and diarrhea) 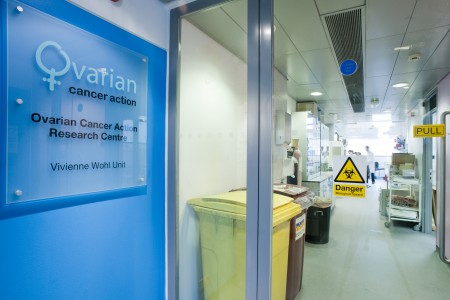 The key features of the symptoms of ovarian cancer are:

·       Similar to IBS  – but ovarian cancer symptoms are distinctive because they are frequent and persistent whilst IBS symptoms come and go.

1.     A physical examination of the stomach and vagina to determine if there are any abnormalities (lumps, growths or swellings) in the womb or ovaries

2.     A CA125 blood test to see if a woman has raised levels of CA125 protein in her blood. All women have CA125 in their blood, and sometimes when ovarian cancer is present the CA125 is raised

3.     A pelvic ultrasound – if a woman has a raised CA125 an ultrasound of the pelvis will be arranged to help detect if there are any abnormalities in the ovaries

4.     If the results of these tests indicate that ovarian cancer may be present  then patients will be  referred for further tests.

If these tests don’t indicate ovarian cancer but symptoms continue, worsen or become more frequent we recommend that women return to their GP. 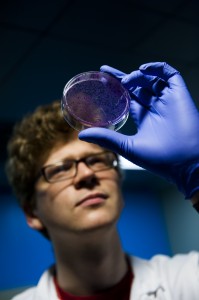 ·       A shocking 32% of ovarian cancer patients in the UK are diagnosed each year through an emergency route.

·       Known as the most deadly gynaecological cancers, ovarian cancer is currently the fifth most common cancer among women, with approximately 7,000 new UK diagnoses each year

·       There is currently no screening tool, but if found in the early stages up to 90% of women will survive for more than five years.  Most women in the UK are not diagnosed until it has already spread, resulting in poor survival rates.