Socket covers are not enough to protect children from electrical accidents, charity warns. New parent’s misplaced trust in socket covers is endangering children’s lives and exposing a naivety about electrical safety, a study has found.

A safety charity is appealing to product manufacturers and the parenting community to stop pushing socket covers as a ‘one stop solution,’ as the research finds majority of new parent’s homes in London are electrically unsafe.

Socket covers are the most common safety measure taken by new parents, but these can be removed and expose the child to deadly shock, as shown in the 2009 Which? study. The only way to be sure of protecting children from electricity in the home is with an RCD in the fuse box, which also protects against a host of electrical accidents and minimises the risk of house fire, but only 31% of new parents in London have this basic protection. 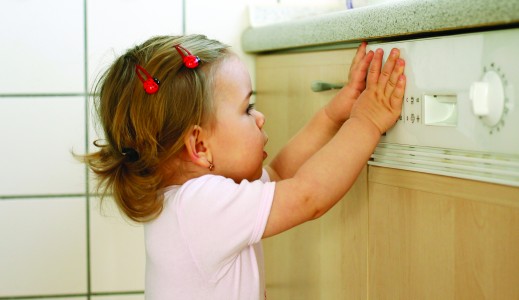 ‘Nesting’ parents in London are putting their families’ lives at risk when preparing the home for children through a misplaced reliance on socket covers and a worrying lack of other electrical safety protection, a study from the Electrical Safety Council (ESC) has found.

The study found that electrical safety is of paramount concern to parents – of all child safety measures taken by parents, socket covers are the most common with 50% of parents in London using them, more than baby monitors or stair barriers. However, regular sockets are generally safe and socket covers will not prevent electric shock if the installation is not safe.

The only way to be safe from a fatal electric shock and reduce the risk of fire is to ensure your installation is safe and that there is an RCD (Residual Current Device) in the fusebox, which prevents fatal electric shock and minimises the risk of fire. Worryingly, only 31% of new parents’ homes in the city are adequately protected by this vital device, well below the national average for homes with RCD protection (50%). This is a particular cause for concern as over two thirds (68%) of London parents feel that they have taken appropriate steps to ensure the safety of their children in the home.

Electrical safety is a serious problem in the UK. At least one person dies each week in their own home, while 350,000 people are seriously injured annually. Electrical accidents also cause almost half of all house fires.

The absence of RCD protection increases the likelihood of injury or death, compounded by the fact that 66% of new parents in London undertake DIY in preparation for their child, with 42% drilling into walls or using power tools.  One in five young parents (20%) in the city admitted to attempting DIY without being confident of safety.

Kristine, 30, from London, was lucky to survive her electrical accident when she was doing DIY to prepare her home for her first child. She said: “I was re-plastering the wall and didn’t realise the mains were still on, the wet plaster gave me a shock that could have killed me. I just didn’t realise how important RCD protection was until the accident, not only for protecting my daughter once she was crawling and sticking her finger where she shouldn’t, but also to protect myself for her sake.”

Half of young parents in London (54%) said they felt overwhelmed when it comes to ensuring the safety of their children. Their predominant focus on socket covers could stem from pressure from the parenting community – retailers, advice outlets and other parents – to buy these devices, which is leading them to misguided and too simplistic decisions. The research found that 33% of new parents felt that pressure from retailers led to buying safety products, while 33% said parent peer pressure was a purchase factor. The ESC is appealing to the parenting community to take responsibility for educating new parents about real electrical dangers and the importance of an RCD.

Phil Buckle, Director General of the Electrical Safety Council, said:  “We have found that new parents have a worrying lack of knowledge about electrical safety issues. We aim to raise awareness of the hazards in the home and the simple steps that parents can take to both ensure the safety of their family and pass on this knowledge to their children as they grow up.

“We are also appealing to product manufacturers and parenting advice outlets to offer parents key electrical safety advice, instead of offering socket covers as a ‘one stop’ solution.
“We are not saying parents shouldn’t have socket covers, but they must do more than that as these products could be removed by inquisitive children. The only way to be sure of protecting your children from the range of electrical dangers in the home is with RCD protection.”

The ESC is also encouraging parents to download their free ‘Home Electrical Safety Check’ app, which allows anyone to do a quick, visual check of their home to ensure it is electrically safe. Designed to be as easy to use as possible, the app highlights potential dangers in each room and explains how to resolve simple, non-technical problems. Where more serious issues are flagged, people are advised to use a registered electrician. The app is available for iPhone and Android phones.

Toddlers and electricity: Did you know?

· Toddlers can chew or even bite through electrical wires

· Some socket covers are easy to remove, leaving and toddlers to poke fingers, metal objects or wet mouths into outlets

· Install an RCD in your fuse box, or use a plug-in version

· Do not rely on socket covers, to be safe they must be backed up with RCD protection

· Keep all electrical cords out of reach of children

· 69% of parents in London do not have adequate RCD protection

· Only half (45%) cleared cables, which could cause avoid tripping or strangulation

· The Electrical Safety Council is a UK charity dedicated to reducing deaths and injuries caused by electrical accidents.

· To check if you have fixed RCD protection, go to your consumer fuse box and have a look to see if there is a device with a pushbutton marked ‘T’ or ‘Test’, which means you are protected. If you do not have this, plug-in RCDs should be used, especially for equipment used outdoors. These are available for around £10 from a DIY or garden centre.  For more information or to watch the instructional video on RCDs, visit www.esc.org.uk

This entry was posted on Wednesday, July 18th, 2012 at 9:30 am and is filed under Blog, Fitness & Health, Parenting Skills. You can follow any responses to this entry through the RSS 2.0 feed. You can leave a response, or trackback from your own site.