Looking for a challenging way to get fit?

Last week London Mums founder, Monica Costa, and I headed off to Hyde Park to see what British Military Fitness is all about… The next day I was aching so much I considered walking up stairs a serious challenge. 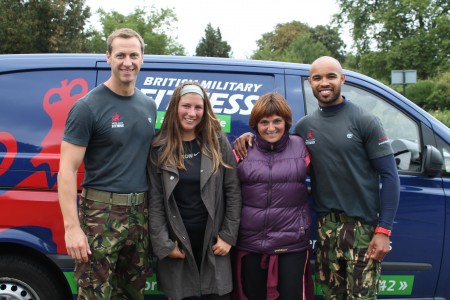 I, like pretty much everyone else in the UK this summer, have been inspired to get into shape. Did you see those sprinters’ abs? Of course you did. Everybody did. And now everybody wants them too. Which is great! If we all make good on our post-Olympic resolutions by next summer we’ll be a nation of powerful super-humans. The one glaring problem with that last statement is, of course, the ‘if’. I’ve been here before; I’m guessing you have too. I’m great at starting an exercise regime. I’ve done my fair share of fun runs but after the event is over I lose the momentum. 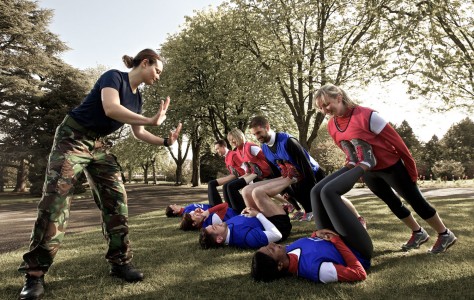 Over the past ten years I have discovered that I need two things to make me work out regularly: 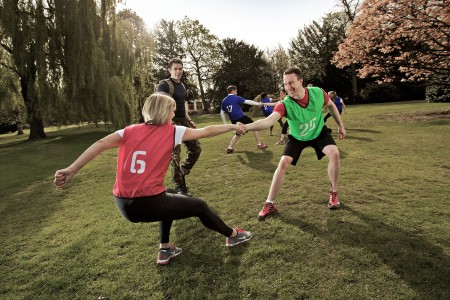 If you are in any way similar to me in these respects then I may have the answer for you – British Military Fitness. If the name is already putting you off then let me clarify a few things for you: 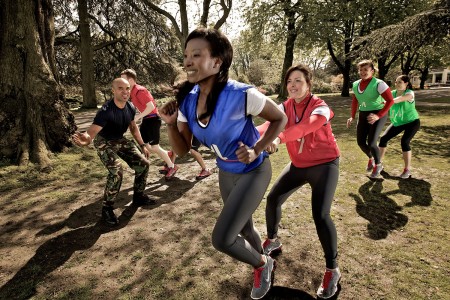 All British Military Fitness instructors were, or still are, in the military. They run their sessions in parks all over the country so chances are there’s a class near you. One of the great things about the session was that we were all encouraged to chat with each other during the warm-ups so the atmosphere was good and everyone seemed really friendly. After the session was over the instructors explained that each park organises its own events which means that you can really get to know the other regulars.

Classes are divided into three bands: blue, red and green. Monica and I were told that in your first class you put on a blue bib (flashback to hockey at school!) which means you’re in the easiest band. Please note I said ‘easiest’, not ‘easy’. I would not recommend this to someone looking to do a little gentle exercise. The group was split pretty evenly between blues and reds with one man donning a green bib. I suspect this man is a serial marathon runner who regularly scales Kilimanjaro for fun. Unfortunately as he was training with the red band I didn’t get a chance to ask him and confirm my suspicions. 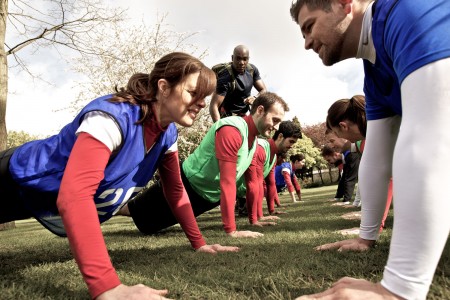 The hour-long session involved a good dose of both cardio (some jogging, some sprinting) and toning (squats, sit-ups and press-ups were all present and correct).  There was a mix of individual, pair and group work which stopped things from getting boring. I will mention, however, that if your idea of hell is being made to lie on the ground then this is not the class for you – there are no mats, just grass. It was actually good fun and I felt like I’d had a really great workout. If you don’t believe me I even have some photographic evidence for you –this picture was taken at least ten minutes after the class had finished and yet I’m still bright red in the face. Lovely.

If this appeals to you, British Military Fitness website offers a free trial class so you’ve really got nothing to lose. Just don’t plan too much for the next day…

Tags:  fitness fitness programme
This entry was posted on Saturday, September 22nd, 2012 at 9:00 am and is filed under Activities, Blog, Fitness & Health. You can follow any responses to this entry through the RSS 2.0 feed. You can leave a response, or trackback from your own site.