Do you remember my interview with mumpreneur and Magic 105.4 FM Drive presenter Angie Greaves a few years ago? Well since then, Angie has been really supportive and we have kept listening her smooth voice on the radio almost every day. Now we are proud to announce that she has been chosen to be one of the Olympic torch bearers for London 2012. Angie will be carrying the torch on 24th July 2012, on the leg of the route which goes through the London Borough of Richmond upon Thames. Go Angie go! 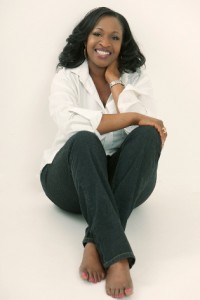 She said: “I’m absolutely delighted to be carrying the Olympic torch. It really hit home the day that the torch relay started and I saw the flame reach Land’s End…that’s when my stomach started churning and I realised I was going to be part of history.” 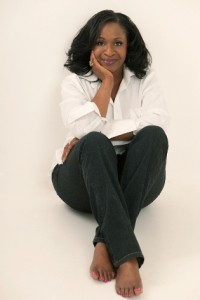 She joined Magic in 2005, the first female presenter on the station. With a voice described as ‘the smoothest and sexiest in the business’ she entertains listeners on their commute home and the school run. She also presents a show on Saturday mornings and the much-loved Mellow Magic.

Angie regularly reviews the papers on Sky News Sunrise, sharing her thoughts on the issues of the day. She’s part of Sound Women, an organisation which supports women in radio, and as a face of lingerie retailer Brastop she promotes body confidence in women of all ages, shapes and sizes. 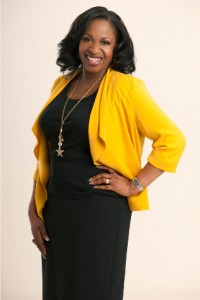 Together with its Presenting Partners Coca Cola, Samsung and Lloyds TSB (sponsors of Drive), London 2012 has found 8000 inspirational people to carry the flame through over 1000 cities, towns and villages across the UK. The flame itself stands for peace, unity and friendship. And by travelling to within an hour of 95% of people in the UK, the Isle of Man, Guernsey and Jersey during the 70-day relay it will enable local communities to shine a light on the best their area has to offer.
Find out more about the Olympic Torch Relay at the London 2012 website.

Angie Greaves has her own website at www.angiegreaves.com and her show page on Magic 105.4 FM.

See Angie in the launch video for Sound Women:

You can read our exclusive interview with Angie in our magazine archive.

Tags:  Angie Greaves jubilympic year london 2012 olympic games olympics torch relay
This entry was posted on Thursday, June 21st, 2012 at 10:00 am and is filed under Blog, Fitness & Health, Mumpreneurs & Mums at work. You can follow any responses to this entry through the RSS 2.0 feed. You can leave a response, or trackback from your own site.