Keeping an eye out on your loved ones: 8 Warning signs of heroin addiction

Heroin remains highly addictive. In fact, individuals find they may become dependent on this drug with only one use. Users snort, inject, sniff, or smoke the drug, and addiction leads to changes in the brain and the user’s behaviour. What signs should men and women be looking for when they suspect a loved one has a heroin addiction? 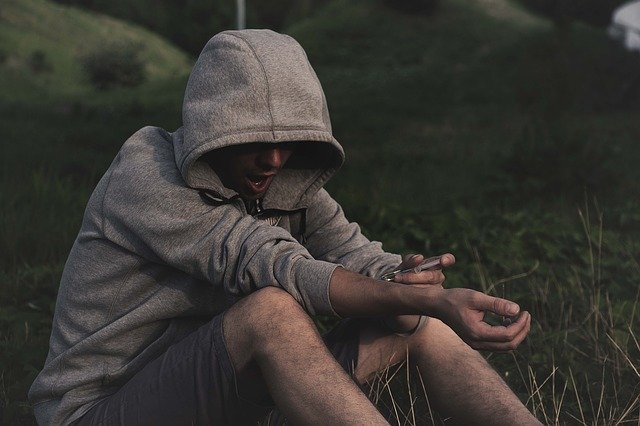 Changes in a person’s appearance need to be questioned. While people do change with time, drastic alterations raise concerns because they could be a sign that there is an underlying issue. For instance, a person using heroin often becomes so focused on obtaining the drug that he begins ignoring their appearance or forgetting to shower. Grooming habits go out the window, as getting and staying clean isn’t a priority.

These changes could be subtle at first and become more dramatic over time. Speak to the person to see if they can explain why these changes are being seen. If they cannot, it’s time to do further investigation. When loved ones suspect a person is suffering from heroin addiction, it’s time to seek help. Contact Harris House for more information on what steps should be taken in this situation.

Heroin addicts often become easily confused. They struggle to make decisions or their thinking doesn’t follow a linear path. They appear disoriented or suffer from memory loss. Other diseases bring about similar symptoms, so medical attention needs to be sought to rule out other causes. However, when other possibilities have been eliminated, heroin use must be considered so treatment may be sought as soon as possible.

Many people don’t associate heroin use with constipation, yet this is a sign of drug use and addiction. Heroin use, over time, may lead to paralysis of the gut and allow food to remain undigested in the stomach. This brings about constipation or fewer than three bowel movement per week. Occasional constipation is normal. It’s when the problem persists for weeks that there is cause for concern.

As mentioned previously, heroin use negatively impacts the digestive system. Users often struggle with nausea and vomiting due to the effects of the drug. When heroin enters the body, it attaches to opioid receptors present in the brain. This leads to changes in how the body delivers and receives messages regarding pleasure and pain. The resulting confusion brings about nausea and vomiting, as the body doesn’t know what to do with the foreign substance and works to expel it. Vomiting allows the body to do so naturally. However, once the person vomits, he or she then experiences the high expected with heroin use. This leads to him wishing to take the drug again in the future.

Breathing severely slows with heroin use. In fact, this problem sometimes becomes life threatening, as the breathing slows to a rate that is unable to sustain life. In addition, the slowed breathing increases the risk of the user falling into a coma, and some patients suffer from permanent brain damage. The drug does so because it alters neurochemical activity within the brain stem. This part of the body controls automatic body functions such as breathing and heart rate. Users must be aware of this risk, as a person can never know when the drug will cause this type of reaction.

Individuals often begin suspecting a person is using drugs when they see the individual’s eyes. With heroin use, the pupils constrict. The parasympathetic and sympathetic systems control the pupils and how they respond to light and other stimuli. The two systems interact and provide balance for one another. When heroin enters the body, it throws this balance off, and the results are often seen in the pupils. Sympathetic activity decreases, and this brings about the constricted pupils. In addition, the user feels drowsy when activity in this system decreases.

Heroin use often leads to uncontrollable itching and a need to scratch. When the drug enters the body, it triggers the release of histamine. These chemicals narrow the blood vessels while irritating the nerve fibbers that lead to itching. Histamine levels in individuals who regularly use heroin are three times higher than seen in those who don’t use this drug. While medical professionals don’t consider opioid-induced itching to be a true allergy, the reaction of the body is similar. In addition, the drug binds to receptors in the spine that bring about severe itching, compounding the problem.

The problem can become so bad that the user begins picking at the skin. Over time, the skin bleeds and scabs begin to form. Scars aren’t uncommon as a result of the skin issues experienced by heroin users.

Men and women who suspect a loved one has been using heroin should look for drug paraphernalia. Search for pipes, needles, and spoons with lighters, as they are commonly used to ingest this drug. Rubber tubing and elastic bands help those who wish to inject the drug find their veins to achieve this goal. Regular heroin use damages the veins, leading to the need to make the veins larger for continued use.

Look for a substance that is powdery or crumbles easily. While heroin tends to be off-white, other colours seen with this drug range from white to black or varying shades of brown. If a black, sticky substance is found, assume it is black tar heroin.

If you suspect a loved one is abusing heroin or realise you have a problem with this drug, seek help immediately. Heroin negatively impacts the body in a variety of ways. The sooner treatment is sought, the sooner the recovery process can begin. Help is available in many forms. Keep searching until the right program is found. Your life is too important to throw away for a drug that doesn’t care about you.

This entry was posted on Wednesday, May 27th, 2020 at 1:03 pm and is filed under Fitness & Health. You can follow any responses to this entry through the RSS 2.0 feed. Both comments and pings are currently closed.