Childhood obesity is a big issue for parents. Conducting a full structural body check and lifestyle history on over-weight people under 25 years old could reveal the real problems that are causing many of Britain’s youth to gain weight. The new public health watchdog, Health and Wellbeing at Public Health England, has said this month that drastic measures need to be taken to help the 1.3 million obese children in England to lose weight. 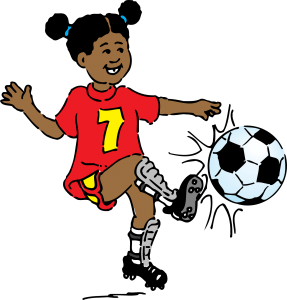 Alex MacKenzie (Wellbeing Osteopathy), a member of the British Osteopathic Association (BOA) says, “It is important that children as well as adults have a health check before they suddenly start doing vigorous exercise. When an adult or child has been living a more sedentary lifestyle the muscles, tendons and other soft tissues are not conditioned to sudden bouts of exercise and can be easily torn or damaged. Having a health check can make sure there are no underlying issues that could be preventing a child from exercising.”

Sarah Spencer-Chapman, also a member of the BOA continues: “For some pain is a real limiting factor for excercising. I have treated children who are desperate to engage in activities their peers partake in, but are unable to because of excess weight and associated problems.

“When delving deeper into the history of how and when this started, it has become apparent that some have been unable to participate in physical activity because of pain associated with basic biomechanics. Initially unable to run fast enough, lack of agility or coordination has meant a real struggle to keep up. A reluctance to struggle has meant making less effort, isolation from peers and a tendency to over eat.

“Once weight starts to pile on, it is very hard to shift. The physical and psychological impact is terrific and a negative cycle of excess weight and associated health issues add to the problem.”

Across age groups, boys were more likely to be overweight than girls, while the poorest children were twice as likely to be obese as children from well-off families. Obesity among British children aged between two and ten has also risen since 1995 from 10.1 per cent to 13.9 per cent in 2011 and now 1.3 million children in the England are classed as obese.

Alex Mackenzie continues: “A structural body check can reveal a multitude of treatable problems that can start in children under the age of five. Sometimes simple adjustments such as supporting feet and attending to the basic biomechanics of knees, hips and back can make an almost immediate and dramatic difference to the individual in question. 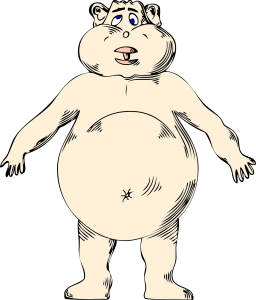 “These adjustments can lift the barriers to exercise and put an end to the excess weight cycle. Encouraging children and young people to then participate in sports and activities they are interested in helps them increase in confidence, lose weight and take the first real steps towards a healthy lifestyle.”

The World Health Organization (WHO) key facts on obesity are:

• Worldwide obesity has nearly doubled since 1980

• In 2008 more than 1.4 billion adults, 20 and older, were over weight. Of these 200 million men and nearly 300 million women were obese
• Overweight and obesity are linked to more deaths worldwide than underweight. For example, 65% of the world’s population live in countries where overweight and obesity kill more people than underweight (this includes all high-income and most middle-income countries).

This entry was posted on Monday, April 29th, 2013 at 10:34 am and is filed under Fitness & Health. You can follow any responses to this entry through the RSS 2.0 feed. You can leave a response, or trackback from your own site.