London Mums caught up with Team GB Olympics hopeful Jeanette Kwakye while being involved in the the Ariel Big Sprint. Read how she reveals some insights into Team GB preparations for the big Games. 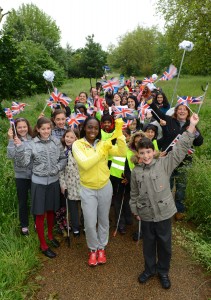 Q: You grew up in the East End where the Olympics is mainly being held. Have you seen big changes in the area since we won the bid in 2007?

JK: What has happened to London’s East End is crazy and amazing! It’s so exciting that we have a part of London that everyone wants to be a part of and looks up to now.

Over the last few years, I have seen massive changes in the East End, from Hackney marshes and market being removed, to the Olympic site being built, to the biggest shopping centre in Europe.

Q: You competed in the Beijing Olympics. Do you think the atmosphere will be different in London? 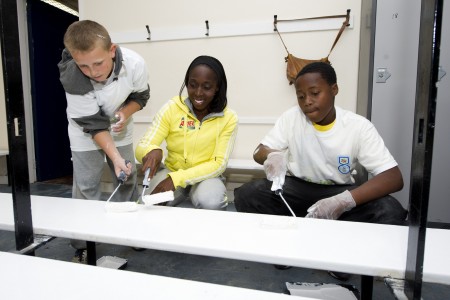 Q: If you were Mayor of London for the day, what would you do to improve our city?

JK: What the Mayor of London has done already for London is amazing, and whilst there are still many things I’d do, my first priority would be to reduce the cost of transport for everyone!

Q: Your training sounds rigorous. How do you motivate yourself?

JK: It’s simple; I remember what I’m doing it for. A home Olympic Games is a once in a lifetime event, and it’s more than enough to motivate me to get up every morning.

Q: When a competition is approaching what kind of diet do you follow?

JK: I follow a very strict diet to fuel myself; I don’t eat just for eating’s sake. I make sure I am eating super healthy foods that will be make me strong. I need to get up and feel good so food is very important. 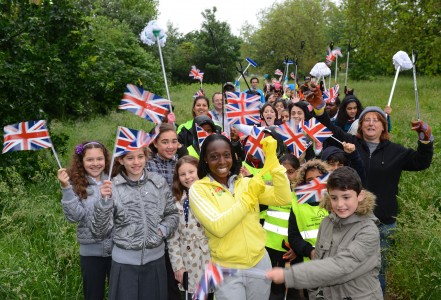 Q: You wrote an article for The Guardian about the media’s lack of focus on women in sport. Do you think this has changed in recent months?

JK: I think since I wrote that piece it definitely has, especially in recent months when we have seen a good number of women come through in 2012 and I only hope we can keep the momentum going and that media continue to support us.

Q: What would your advice be to school children who are interested in becoming athletes?

At a young age it’s best to be a multi eventer.

Q: Finally, you have admitted to having a bit of a Twitter addiction. We, at London Mums, are similarly afflicted. Do you think you’ll tweet more or less when the Olympics are actually taking place? 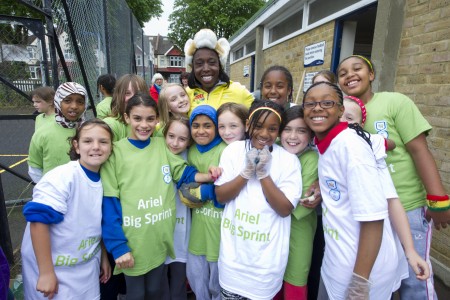 JK: Yes, I think I will tweet a lot less, I find it hard enough tweeting when I’m training as I have nothing that interesting to say. Also when the Olympics are on I will probably be too nervous and anxious to tweet.

Q: Can you tell us a bit about the Ariel Big Sprint and why you got involved with it?

JK: I think it’s really important that London looks stainless this summer, as I think the press will be looking for opportunities to give negative views about the Olympic Games, so I want to make sure that London’s looking sparkling and everyone who visits has a great time. When I stand at the opening ceremony in my British kit, singing the national anthem I want to world to feel the pride that we all feel in London.

I started in Waltham Forest where I helped litter pick on Wanstead Flats, then I went down to Camden where I cleaned graffiti off the canal wall, before whizzing across to Brent where I worked with some local residents to clear a patch of grass in the middle of their houses, before finally finishing up in Lambeth where I helped some of the local kids spruce up their run down changing rooms.

It was so much fun, but I’m pooped!

You can read all about my cleaning efforts at www.pgcapitalcleanup.com

As part of the P&G Capital Clean Up , Jeanette Kwakye took part in the Ariel Big Sprint, a Capital-wide clean up challenge to make London stainless in time for the London 2012 Olympic Games. There is still time to sign up for one of the clean up events taking place across London at www.pgcapitalcleanup.com

Tags:  jubilympic year london 2012 olympic games olympics Team GB
This entry was posted on Wednesday, June 20th, 2012 at 9:00 am and is filed under Blog, Fitness & Health. You can follow any responses to this entry through the RSS 2.0 feed. You can leave a response, or trackback from your own site.