When it comes to seasonal flu and colds I would personally do anything to prevent myself and my family getting sick… So over the years I have tried many remedies. One of them is Echinacea. But recently I have read that it is more like a placebo. I have researched a bit and I have come to the conclusion that Echinacea is good for you as a mild preventative remedy combined with good nutrition and exercise.

Echinaforce was developed by natural health pioneer, Alfred Vogel, who experimented over his lifetime to find the most effective Echinacea formula to make his patients stronger and healthier.

Researchers are now gathering more evidence and getting closer to finding the scientific basis for his tried and tested herb and root formula, with new knowledge about how the plant works.

When the herb and root are combined they provide optimum protection and the widest range of actions, effectively countering infections and minimising symptoms.

The aerial part of the Echinacea plant is now known to have a direct anti-viral action, interfering with the way cold and flu viruses enter human cells to minimise the chance of infection. It also reduces infectiousness and the transmission of viruses to other people, making it less likely that you will spread the misery to those around you.

Meanwhile the anti-inflammatory mode of action reduces cold and flu symptoms in those infected and limits the amount of mucus produced by respiratory cells.

Not all Echinacea products are the same and it’s worth reading the small print to ensure that the one you are using contains both herb and root – it’s surprising how many Echinacea products on the market are just root, which does not offer the full benefit of the plant.

Dr Margaret Richie from The University of Edinburgh has been involved in Echinacea studies and explains that the extraction process to use different parts of the plant has been shown to produce different results.

“Not all herbal medicines are standardised, meaning that a range of products labelled Echinacea can be formulated differently and may produce different results.

Dr Margaret’s earlier studies looked into how the herb adapts to support different immune systems. “The clinical trial indicated that Echinacea supports low-running systems, and that well-supported immune systems are not over-stimulated by Echinacea.”

The immune system is the body’s defence mechanism – the army with which the body protects itself. The troops that make up this army are various types of white blood cells. It doesn’t work independently to the rest of your body and can respond positively to certain lifestyle choices and negatively to others.

Here is some advice to avoid succumbing to bugs this winter from A.Vogel’s nutritional therapist, Alison Cullen and Dr Margaret Richie from The University of Edinburgh.

Alison identifies the main culprits of a weak immune function:

· Eating a lot of sugar – sugar competes with vitamin C, which is good for the immune system; so if you have heaps of sugar then you undermine your immune system

· Drinking excessive amounts of alcohol – is also bad for your immune cells, which get disorientated and confused just like us!

· Smoking – is bad for immune function as well as everything else in the body. One cigarette destroys 25mg of vitamin C and a habit of four a day can wipe out most of your RDA

· Not getting enough sleep – lowers your immune function. The body needs a good seven hours kip to help build itself up. Poor sleep over a long period can decrease the immune function

· Being stressed and unhappy – also means you’ll have a less active and efficient immune response so do some things that make you happy. Watch a funny film or have a good catch up with a friend.

Stress on the immune system

Dr Margaret warns that stress has a huge impact on the immune system and with stress levels at a peak (the World Health Organisation estimates that by 2020 depression will impose the second biggest health burden) it’s time to think about ways to relieve our worries before they spiral out of control.

Practise mindfulness – for ten minutes every day. Mindfulness is incorporated into cancer patient programmes in Germany and has been shown to help with the recovery process. It can also boost energy levels and help you cope better with the stresses of modern life.

A ten minute exercise: Sit in a quiet peaceful place. Focus on your breathing and centering yourself. Don’t worry if a thought pops up – try not to react to it by just acknowledging it’s there and letting it pass.

Other ways to boost immunity:

· Eat a healthy plant based diet – which contains plenty of immune protecting chemicals. A plant based diet containing broccoli, cabbage, soy, red fruits such as blackcurrants, strawberries, carrots, turmeric and onions. One serving of vegetables can contain over a hundred difference phytochemicals – these include flavones, isoflavones, anthocyanins, lignans, indole-3-carbinol, gallates and glucosinolates as well as vitamins and minerals

· Get some gentle exercise – walking, swimming or cycling for half an hour daily can be very helpful both physically and mentally. Beware that excessive exercise such as that undertaken during extreme training sessions for competitive sporting activities can reduce the immune response.

· Relax – it is very important that people can relax or in several cases, relearn to relax in their busy lives.

WHO WAS ALFRED VOGEL? 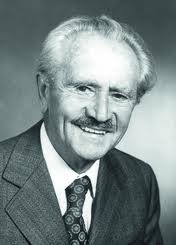 Alfred Vogel was one of the pioneers of alternative or complementary health. He was born in 1902 in Aesch, near Basel in Switzerland. His early adult years were in an age when modern chemistry and pharmaceutical science was developing at a rapid pace. While accepting the benefits these advances provided, he provided a lone voice of caution – that not all modern advances were good for mankind or the world.

He ran a healthfood store in Basel between 1923 and 1932. In 1929, he published the first edition of his monthly magazine, entitled Das Neue Leben (A Fresh Start). From 1941, this became A.Vogel’s Gesundheits-Nachrichten (Health News) which has appeared every month since 1943.

In 1937, Vogel started a complementary health clinic in Teufen, Switzerland. His
therapeutic tools were herbal remedies coupled with advice on a change of diet and lifestyle. He grew medicinal herbs and produced herbal remedies for his patients. It was during this period that Vogel developed the concept of fresh herb remedies – believing and then establishing that these provided better medicines.

In 1952, Vogel published his book ‘Der Kleine Doktor’ (translated into English as ‘The Nature Doctor’). This has become his best known work worldwide, translated into 12 languages with over 2 million copies sold, making it one of the most popular books on natural medicine published.

The clinic in Teufen increased in popularity as did Vogel’s herbal remedies. In 1963, in response to the demand for his fresh herb remedies, Vogel established the manufacturing company, Bioforce AG in Roggwil, Switzerland to cultivate medicinal plants and produce fresh herb remedies.

Alfred Vogel was awarded the Priessnitz medal from the German Naturopathic
Society in 1982 and in 1984, he was made an honorary member of the Swiss Society for Empirical Medicine (SAGEM). Vogel died in 1996 at the age of 94.

This entry was posted on Sunday, November 3rd, 2013 at 9:48 am and is filed under Fitness & Health. You can follow any responses to this entry through the RSS 2.0 feed. You can leave a response, or trackback from your own site.