The year is well under way but the New Year resolution to shape up and dust off the work-out kit has not really kicked off.

Who has the time? Mums certainly don’t have much Me-Time and fitness at the gym is quite boring. My passion is in fencing but I still need to keep fit in between training sessions and apart from walking to school and a bit of cycling I have found a great way to do some exercises while I watch the TV in the evening. Check out these easy home work-out tips. 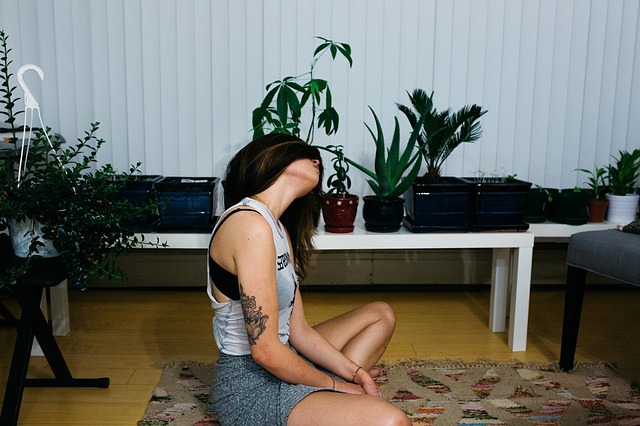 It seems quite strange at first but once you try these routines you will realise that you can burn lots of calories while doing something usually associated with being a ‘couch potato’.

I recently met celebrity fitness guru Niki Wibrow who teamed up with Netflix to to help us find a way to work out during our daily routine, and what better way to do this than to burn the calories while you are watching your favourite shows. I am one of the lucky journalists who has been invited to be part of the Netflix streaming team having access to many exclusive shows.

Niki has put together three exercises for each area that you can do at home, on the go, at the gym or at anytime to help keep trim throughout the year. The exercises can be combined in any order, at different levels of intensity or to fit a short workout during an episode of Weeds or a full 55 minute episode of Orange is the New Black. When I met Niki together with other members of the streaming team I thought that the exercises would be easy-peasy only to realise that they were really hard. Of course when you do them in the comfort of your home you can do them slowly as nobody watches you 🙂 I want to invite some of my friends and see if it is fun to exercise in front of the TV with them.

You can tailor your entertainment workout to fit your own exercise and lifestyle needs. The routines can be as short as 15-20 minutes long to one hour.

Niki Wibrow has developed three bespoke exercises concentrating on five different areas. Each can be performed in different combinations, at different speeds and at different numbers of repetitions to suit your fitness plan.

Here are some of my favourite shows to watch while I work out:

Spiral is a French television police drama series that started in France in 2005. It returned for a second series, partly funded by the BBC, and they are currently filming a fifth and sixth series.

Spiral has been a great export success, with sales to broadcasters in some 70 countries and also on BBC Four. I personally never found it until recently I was searching for the gorgeous French actor Gregory Fetoussi (who is a co-star in Mr Selfridge) on Netflix. The great thing is that it is in FRench with English subtitles and shows the police investigations and trials in modern Paris.
It is quite realistic and tough sometimes but the acting is remarkable hence it is now one of my favourite police shows on TV maybe only after Columbo and Inspector Montalbano.

Mr Selfridge is a British period television drama series about Harry Gordon Selfridge and his London department store Selfridge & Co. I absolutely love it and only started watching the second series recently on ITV. What I love about it, it’s the historical perspective on the birth of superstores a bit like a more modern version of The Paradise which is also one of my favourite TV shows at the moment.

The Good Wife (many series covered)

This is one of my favourite law drama series on American TV of all times. It has really compelling story lines and an excellent casting. The Good Wife follows the trials and tribulations of Alicia Florrick (Julianna Margulies) struggling to get her life back on track after her husband Peter (Christ Noth whom you would remember for his role as Big in Sex and The City) was embroiled in a sex scandal, only to turn his life around and become Chicago’s favourite politician.

This is a very original comedy about women who are held in jail (in America hence the orange outfits) for one reason or another. It is quite crude at times and it shows how bitchy women can be with each other especially if in an enclosed environment. You almost feel sorry for men while watching it… This show is shown only on Netflix. I like it although not as much as Spiral.

Last but not least during half-term you can also switch on some kids’ programmes and do your exercises even when kids are around!

This entry was posted on Wednesday, February 12th, 2014 at 7:00 pm and is filed under Fitness & Health. You can follow any responses to this entry through the RSS 2.0 feed. You can leave a response, or trackback from your own site.