Does a bad smell in your house mean that something is unhygienic?

Yes or no? If you answered ‘yes’ then you are correct but also in the minority. A recent study by Zoflora revealed that just 20% of people interviewed correctly agreed with the statement that ‘a bad smell in the house meant that surfaces were unhygienic’.

When asked what they did when they had a bad smell in the home, less than one quarter of people (23%) said they would clean the location or cause of the bad smell. Other ways of dealing with the smell included opening windows (25%), burning a fragrant candle (19%) and spraying perfume or even deodorant around the home (7%). While scents can mask a smell they don’t address the cause of the problem, leaving potentially harmful bacteria lurking and multiplying.

So, probably your best bet is to clean the unpleasantly-odorous areas with a fragranced disinfectant.

The importance of fragrance 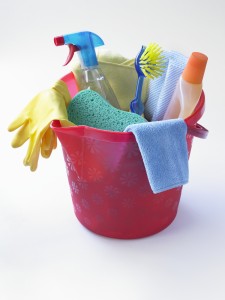 The majority of people like rooms to smell good (71%), and nearly one in five (18%) said they would walk out of a room if it had a bad smell. A quarter of people (26%) said that smell affected their mood.

When it comes to scent choices, the Zoflora research found that Linen Fresh is the most popular choice of how people would like their homes to smell, followed by: 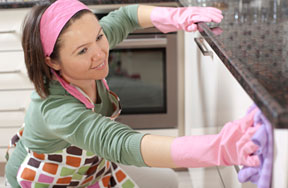 What fragrances do you like in your home? Would you walk out of a room in another person’s home if you found it to contain an unpleasant odour? If you did, did you tell them why you were leaving?

Tags:  cleaning cleaning tips
This entry was posted on Thursday, November 1st, 2012 at 8:54 am and is filed under Blog, Fitness & Health. You can follow any responses to this entry through the RSS 2.0 feed. You can leave a response, or trackback from your own site.