Once again Evian has released a new iconic viral advert which is amazing and almost surpassing the previous one. The babies are back: Evian’s new ad campaign features infants in a dance-off with their adult selves. AMAZING! London Mums absolutely love it and you? What’s your favourite baby star? 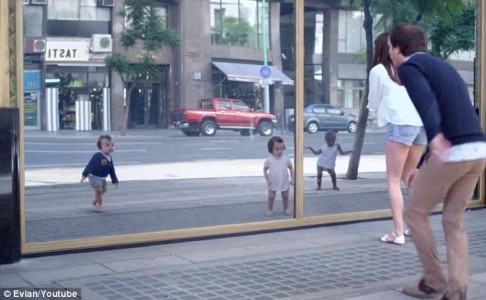 Evian’s 2009 spot Roller Babies holds the official Guinness World Record for most-viewed online advertisement to date with more than 65 million views so far. Do you remember it? If not, check it out here.

Tags:  Cute babies school children hydration
This entry was posted on Monday, April 29th, 2013 at 9:51 pm and is filed under Fitness & Health. You can follow any responses to this entry through the RSS 2.0 feed. You can leave a response, or trackback from your own site.