BMI Healthcare has launched a new national campaign, ‘BIG HEALTH PLEDGE’, to raise awareness around the UK and London’s top five preventable killers by encouraging local residents to make a pledge to improve their health. 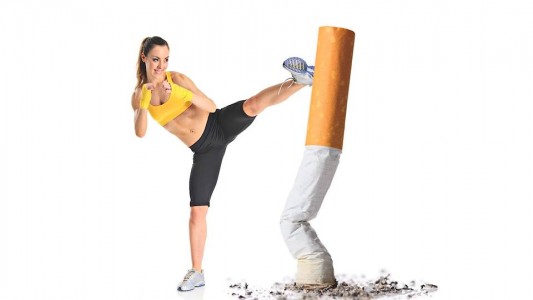 The Big Health Pledge is a nationwide campaign being supported by 16 BMI Healthcare hospitals in London with the aim of encouraging people across London and the UK to look at their lifestyle choices, good and bad, and take a simple health pledge to allow them to see a change in their health.

Earlier this year it was revealed that the UK has slipped down the European health league on many indicators for ill-health and the Big Health Pledge campaign is focused on the UK’s top five causes of preventable death. Heart disease, stroke, cancer, lung disease and liver disease which each account for more than 150,000 deaths among under-75s in England and the Department of Health estimates that 30,000 of these are entirely avoidable.

Public Health England launched a web portable, Longer Lives, earlier this year and London resident can go online to longerlives.phe.org.uk put in their post code and get their local area’s mortality ranking, compared to the rest of the UK and in these key 5 preventable causes of death.

Supporting the Big Health Pledge campaign, Consultants, nurses and the team at BMI Healthcare in London are encouraging residents to go online at: www.bmibighealthpledge.co.uk and complete a health survey to identify what health pledge they could make to see long term benefits to their health.
The campaign’s five pledges are:

The intention for each pledge is to give people easy to follow, manageable steps that will help them on the road to a healthier lifestyle. 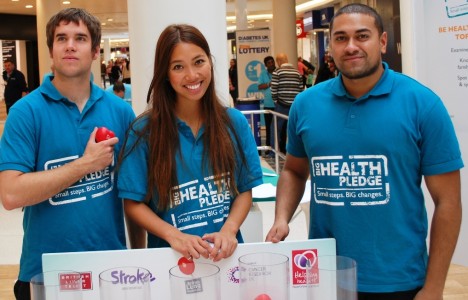 A survey conducted by BMI Healthcare in London as part of the Big Health Pledge campaign revealed a worrying trend regarding people’s attitudes towards some of the UK’s biggest health killers. Despite 91.4% of people questioned in London believing that excessive drinking can damage your liver, 70.4% said they weren’t concerned about liver disease. Almost two-thirds of respondents were unaware that cigarettes can contribute to their risk of bowel, breast and prostate cancer. Also, while the majority of people said they were concerned about heart disease, and 89.8% of people were aware that a lack of exercise could increase the risk of the disease, less than a third (28.6%) have started taking more exercise in the last year – even though 67.1% who had made some changes said they actually wanted to be healthier and lose weight.

The Big Health Pledge is being supported by a nationwide road-show across eight UK cities. For more information on the campaign, the road-shows or to make a health pledge please visit: www.bmibighealthpledge.co.uk

This entry was posted on Thursday, October 3rd, 2013 at 11:10 am and is filed under Fitness & Health. You can follow any responses to this entry through the RSS 2.0 feed. You can leave a response, or trackback from your own site.