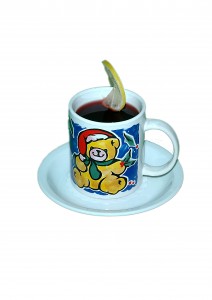 Variations of this drink can be found around the world, from Sweden to Germany, from Moldova to Mexico. It’s a warming drink, perfect at a cold Bonfire Night party or at Christmas.

Place the red wine, sweetener, brandy, cinnamon, cloves, nutmeg and citrus fruit into a large, heavy pan. Add 125ml of water, place on a low heat and gently bring to a simmer, stirring occasionally to bruise the fruit. Once the sweetener is dissolved and the mixture fragrant, remove from the heat and serve.

Fresh cranberries are a deep orangey red and can be found in our supermarkets in late autumn. They are also often dried to preserve them throughout the year. Cranberry sauce is an essential accompaniment to turkey at any American Thanksgiving dinner.

Put the sweetener and 250ml of water into a heavy-based saucepan and heat up gently to dissolve the sweetener. Add the cranberries, bring to the boil, and cook for 10 minutes until the berries burst.

Stir in the spices and, if using, any of the optional ingredients. Remove from the heat and leave to cool completely, then chill in the fridge.

This entry was posted on Tuesday, December 24th, 2013 at 9:00 am and is filed under Recipes. You can follow any responses to this entry through the RSS 2.0 feed. You can leave a response, or trackback from your own site.