London Mums were invited to attend a cooking class with Tesco’s top chef – Jamie – assisted by Adam. The purpose of the class was to offer up a few tips for Christmas favourites.

On arrival we were greeted by Dags, who was very cheerful and gave us a small tour of the cooking premises, located close to Holloway Road Tube station – the preparation area consisted of half a dozen cooking stations, each with an electric induction heater and all the required ingredients already set out in small dishes. 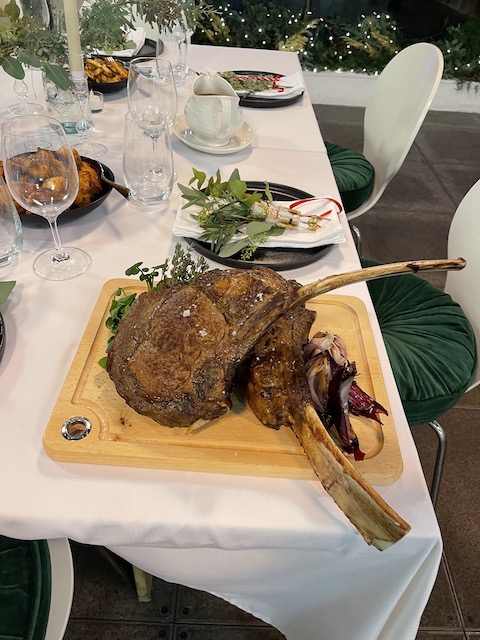 The main room had been prepared and set out for dinner, with 8 places around a table and copious quantities of foliage to set the Christmas scene.

Once we had all gathered, Jamie introduced himself and opened with a short introduction to the purpose of the class – useful Christmas cooking tips and recipes, all of which could be frozen for future use. We then washed our hands, and each moved to a station. 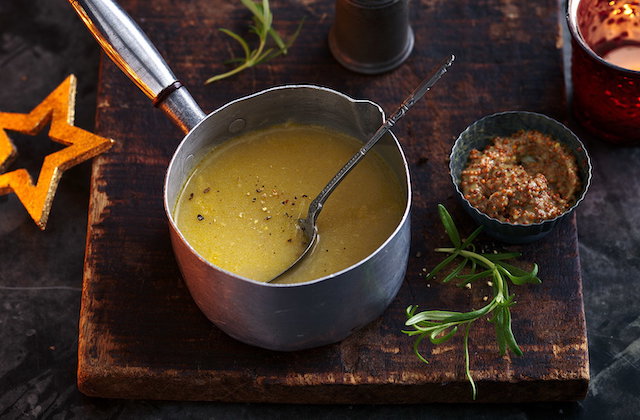 The first recipe was a vegan gravy – which Jamie was at pains to explain was an excellent gravy for all occasions, to accompany meat or vegetable dishes alike. As all the ingredients had been prepared and set out, cooking was just a question of adding each in the right order, and applying the correct temperature to the induction hob. At the end, the gravy prep was set aside, and would later be blended for us by assistant Adam, to complete the process. 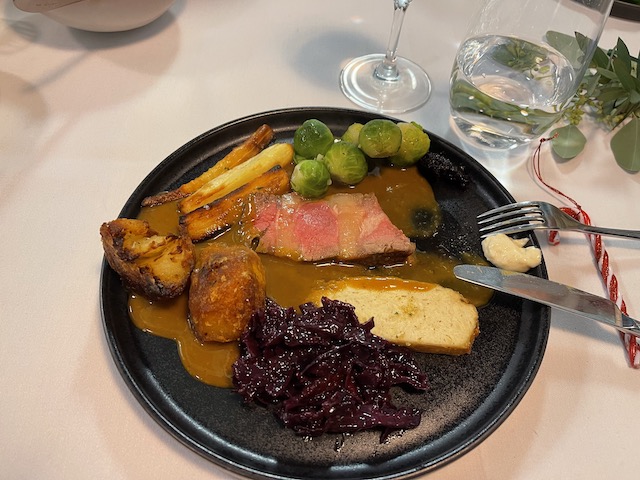 Next we tackled roast potatoes – this was a simple process of boiling the potatoes in salted water, but for an extended period of time relatively to what we used to. Boiled in fact, until disintegration had started – with the purpose of having enhanced crispy bits in the end product. Once boiled sufficiently, we each added goose fat to the potatoes, which were then destined for the freezer.

The final recipe was for a versatile chocolate mixture which could be used as a chocolate sauce, individual chocolates or what the French would call ‘fondant au chocolat’ – liquid chocolate within a cooked cake surround. Let us just say that this recipe did not spare the calories!

On completion of our three recipes, we retired to the dining table, where we were served a delicious meal, the star of which was tomahawk beef and this accompanied by the roast potatoes and gravy we had earlier prepared, and also a vegan turkey substitute – not bad I must say – and the meal topped off by a ramekin of our chocolate fondant. As a parting gift, we each carried home the three recipes we had earlier prepared – each sealed in its own bag for easy freezing – and a few other Tesco goodies thrown in.

We very much enjoyed our two hour experience, and came away with the useful tips that vegan ingredients make a delicious gravy, well boiled potatoes result in a good and crunchy roast potato, and chocolate fondant is not so difficult to make, and could finish off the keenest appetite! And last but not least, that as all this can be frozen, don’t leave everything to the last minute!

Tags:  #ChristmasDay #friends #RoastDinner #TescoPrepLikeaPro #Tomahawk tesco
This entry was posted on Thursday, December 23rd, 2021 at 10:40 am and is filed under Recipes. You can follow any responses to this entry through the RSS 2.0 feed. Both comments and pings are currently closed.