When a few weeks ago Tesco asked me if I wanted to participate in a festive food swap challenge I was over the moon. This initiative is meant to inspire people to experience new flavours, with a range of products from across the world available in store.

I love food and cooking so this was right up my street.

In exchange for one of my favourite Italian Christmas recipes – I chose Panettone – I received the Welsh Christmas recipe for creamed leeks from Welsh mummy blogger Heledd Harman (Running in lavender).

Creamed leeks are ideal as a side dish to meat or fish as well as a standalone sauce. I decided to use it as a sauce for plain cod. The result was excellent. It is generally the perfect accompaniment for the least savoury fish of all. I also make a good guess that Creamed leeks would make a great sauce for any pasta dish.

I recommend you to try this super easy recipe which I am glad I have learnt and will make again in future in many different variations. 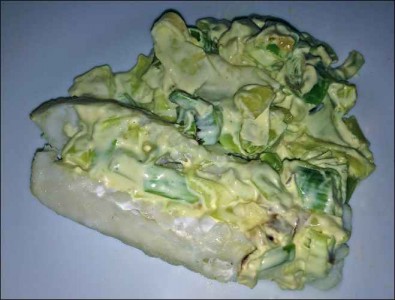 Here is the recipe for Creamed Leeks.

Leeks are a national emblem and staple vegetable of Wales and most traditional meals will include them within a dish or two.

Creamed leeks work just as well with fish dishes as it does with meat, so it’s a perfect addition to meals of all tastes.

3 large leeks, butter or oil, 100ml of double cream and salt and pepper to taste 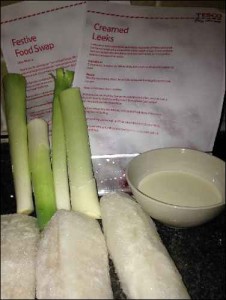 Slice the leeks neatly down the middle and wash thoroughly to remove any grit. 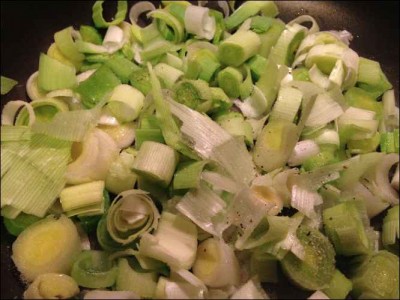 Next cut the leeks into 1cm discs.

Melt some butter or oil in a frying pan, add the leek discs and stir over a medium heat for 3-4mins until heated through and just wilted.

Add the cream and stir to combine. 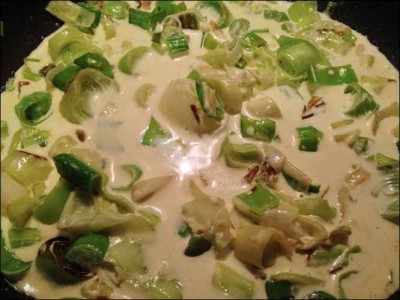 Bring the mixture to a simmer and reduce the heat (keep the cream bubbling but not boiling).

Continue cooking uncovered, until the sauce thickens to your liking.

Season to taste with salt and pepper and serve in a warmed dish to enjoy immediately. 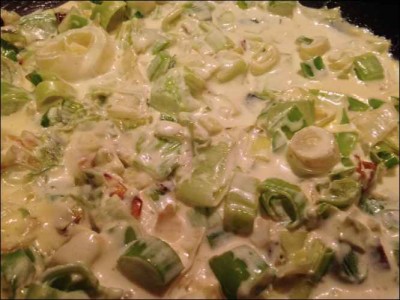 While participating in this lovely food swap challenge, I have learnt a thing or two about Welsh Christmas. 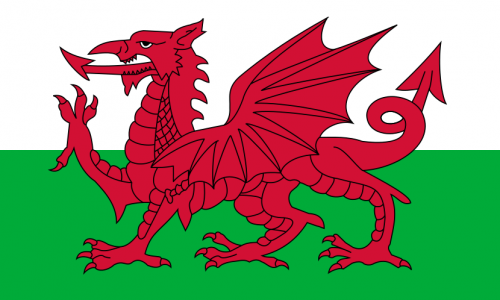 If you have a sweet tooth you would love this. Taffy-making essentially means toffee making.

This is how families whiled away the dark hours of Christmas Eve’s night, leading up to the Plygain service. Toffee was boiled in pans on open fires and – this is a nice twist – dollops were dropped into icy cold water.

The taffy curled into all sorts of shapes – like letters. This was a way of divining the initials of the younger, unmarried family members’ future loves.

The tradition of a festival of Welsh artists dates back to at least the 12th century.

There’s also Plygain (singing from 3-6am on Christmas Day) – In the dark hours on the morning of Christmas Day, before the cockerel crowed, men gathered in rural churches to sing. They sang mainly unaccompanied, three or four part harmony carols in a service that went on for three hours or so. That’s Plygain.

This entry was posted on Wednesday, December 9th, 2015 at 11:00 am and is filed under Recipes. You can follow any responses to this entry through the RSS 2.0 feed. Both comments and pings are currently closed.