This amazing Orange Chocolate Coconut Clusters Recipe was kindly donated by Dean and Sarah Gough, authors of the book ‘Recipes For Life – Fighting Back With Food’, a recipe book with a difference. Each individual recipe was eaten by their two-year-old son Alfie when he was battling Stage 4 Neuroblastoma. Sadly, little Alfie died in 2010, however, Dean and Sarah believe the nutritional diet they chose for their son gave him a fantastic quality of life in his fight. 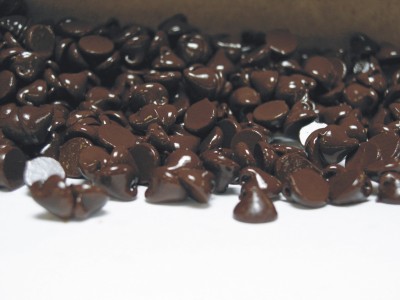 • In a medium size saucepan, melt the chocolate over low heat.

• Stir in the orange extract.

• Allow the toasted nuts & coconut to cool before stirring into the melted chocolate.

• Make the clusters by heaping tablespoonfuls onto a parchment lined baking sheet.

*If your kitchen is too warm for the clusters to set, transfer them to a plate & cool in the freezer

‘Recipes For Life – Fighting Back With Food’ (£15.99 Ecademy Press) is an essential source of information for families in the same situation, not only does it help try and save other lives, by releasing this book it will also hopefully help the funding of the Alfie Gough Charity. #alfiestrust

“The side effects of the chemotherapy were barely noticeable, he had no hair of course, but he gained weight on treatment and he never suffered from any of the symptoms that we were warned about. We are 100% convinced that this was due to the diet we had chosen for Alfie,” says Sarah. 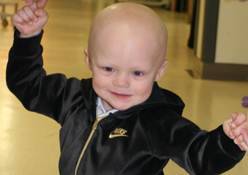 Several celebrities have pledged their support already, including Chef Gary Rhodes OBE donating his Leek & Potato Soup to the cookbook. Additionally, Sir Ian Botham visited Alfie at Great Ormond Street Hospital in April, 2010 and says: “I am delighted to be part of this book in memory of a special boy and knowing that the success of this book will be Alfie’s legacy living to help others.”

Dean and Sarah share their nutritional knowledge in this book, hoping to help families in a similar situation with information on the importance of nutrition. Dean says: “We learnt a lot about nutrition from the experts in this country and even when we went across to an alternative clinic in Mexico.”

“In summary, the common theme we found was focused on purity and cleansing the system to allow the immune system and the body’s natural defences to work correctly,” Dean says.

However, the main purpose for writing this recipe book is to fund the charity set up in memory of their son Alfie; the Alfie Gough Trust. After Alfie tragically died, Dean and Sarah decided to carry on with the fund-raising in memory of their son to try and help other children, consequently creating the Trust.

Sarah says: “By providing families with what we found was essential nutritional information, the aim is to reduce some of the severe side effects of the Chemotherapy, ultimately keeping a child with this disease stronger throughout the treatment, giving them the immune support to help fight this disease.”

Tags:  Alfie Gough Charity chocolate recipe recipes recipes for life
This entry was posted on Saturday, January 26th, 2013 at 9:07 am and is filed under Blog, Feeding the Family, Recipes. You can follow any responses to this entry through the RSS 2.0 feed. You can leave a response, or trackback from your own site.