A fragrant and refreshingly light tomato soup/stew which is particularly good when warm rather than hot. 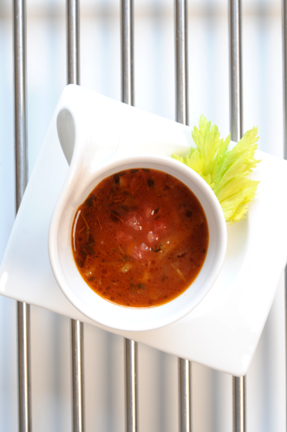 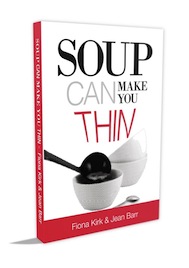 • Put the tomatoes in a large bowl, cover with boiling water, leave for 30 seconds then drain, remove the skins, stems and seeds and chop the flesh roughly.

• If you are using tinned tomatoes, remove the stems and seeds and chop the flesh roughly.

• Put the fennel and water in a small pot with the salt, bring slowly to the boil, reduce the heat, put a lid on and simmer very gently for 10-15 minutes or until the fennel is tender but still has a bite to it.

• Remove from the heat and set aside.

• Crush the coriander seeds and peppercorns in a pestle and mortar.

• Warm the oil in a large soup pot, add the onion and spices and saute gently until the onions are soft (don’t let them brown).

• Add the garlic and saute for a further 5 minutes.

• Add the fennel and its simmering water, bring the soup to the boil then reduce the heat and simmer gently for 30 minutes.

• Remove from the heat and let it cool to room temperature before serving with a good shake of celery salt and few chopped oregano leaves scattered over.

This recipe has been donated by Fiona Kirk & Jean Barr, authors of the book ‘SOUP CAN MAKE YOU THIN’ available in eBook format, £4.99 from www.souperydupery.com.

Tags:  feed the family recipe soup recipes
This entry was posted on Thursday, January 17th, 2013 at 9:00 am and is filed under Blog, Feeding the Family, Recipes. You can follow any responses to this entry through the RSS 2.0 feed. You can leave a response, or trackback from your own site.