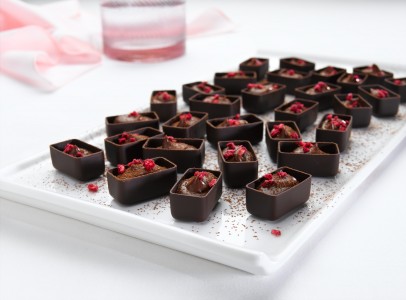 American Dr Weil who is an advocate of dark chocolate recently said that if more people at high risk for cardiac disease ate dark chocolate daily, there might be fewer heart attacks and strokes. He quoted Australian researchers who explored the long-term benefits of chocolate – already known to be heart protective – via a mathematical model. They based the model on more than 2,000 people who had high blood pressure and metabolic syndrome, a cluster of conditions associated with increased risk of heart disease and diabetes. None of the participants was being treated for high blood pressure, and none had had a history of heart attack or diabetes.

The investigators determined that if all the participants ate 3.5 ounces of dark chocolate (containing at least 60 percent cocoa solids) daily over 10 years, a total of 70 non-fatal and 15 fatal cardiovascular events per 10,000 people could be avoided. If compliance with the chocolate prescription was 80 percent, 55 non-fatal and 10 fatal heart attacks or strokes per 10,000 people could be prevented over 10 years. The study was published online May 31, 2012 in the British Medical Journal.

Dr Weil also said: ‘My take? I’m a big fan of dark chocolate, especially high quality products from France, Belgium, Italy, Ecuador, and Venezuela, and find that a single piece is a satisfying snack or after-dinner treat. We know that dark chocolate can benefit the heart, but my concern with this preventive approach would be with the additional calories. The benefits would have to be balanced with risks of consumption, particularly by people who are already overweight or obese. To avoid weight gain, you would have to be on a healthy eating plan that limits daily calories in order to accommodate the 480 additional ones you would get from eating 3.5 ounces (100 grams) of dark chocolate daily.’

1.
Place a pan of water on the stove and bring to a slow simmer. Put the chocolate and Philadelphia into a bowl that fits perfectly on top on the simmering pan of water and allow to melt completely, stirring from time to time. Whilst melting, add in the vanilla extract. Once all is melted and combined, remove from the heat and allow to cool.

2.
In a separate bowl, whisk the cream to firm peaks, sift in the icing sugar and the cocoa. Once the chocolate and Philly mix is cool, gently fold into the whipped cream.

3.
Pour into the chocolate petit four cases and allow to set in the fridge. Once set, dust well with cocoa powder and garnish with a sprinkling of freeze dried raspberries.

Tags:  chocolate party tips recipe
This entry was posted on Friday, June 29th, 2012 at 9:30 am and is filed under Blog, Feeding the Family, Party tips, Recipes. You can follow any responses to this entry through the RSS 2.0 feed. You can leave a response, or trackback from your own site.