The brain is truly amazing and although we don’t know all its secrets yet, there is plenty of evidence to suggest that what we feed our children has a direct impact on their well-being, health and intelligence. 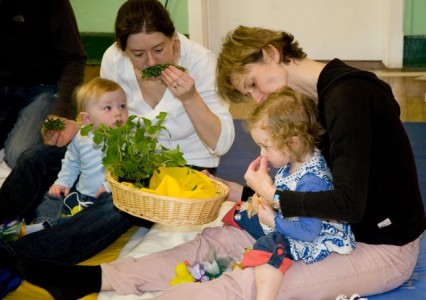 Children who eat a steady diet of fast or processed food from an early age may find it difficult to concentrate, have poor retention skills and suffer from behavioural problems. These children may have high cholesterol levels and blood fats by the age of 8, 9 and 10, which increases the risk of obesity and other health disorders.

Processed foods such as biscuits, crisps, chips and snack foods contain trans-fats, which can form thick, hard plaque deposits that clog arteries and reduce oxygen flow to the muscles, heart and brain. Trans-fats also deprive the brain of the omega-3 and omega-6 that it needs to work efficiently.

Many high-fat carbohydrate and high sugar foods contain monosodium glutamate (MSG), which makes them taste better. However, early exposure to MSG damages brain cells in the hypothalamus, which regulates the hormones for growth, reproduction and sleep. White flour foods may also contain cysteine, which has a similar effect. Even a short period of exposure can affect brain development thus increasing the risk of learning difficulties and behavioural disorders. This is one reason why snack food and drinks require parental caution.

Brain cells need to be kept in good condition and there is sound evidence to suggest that the following are essential for their maintenance:

Vitamins –vitamins, found in meat, seeds, nuts, fish, whole-grain cereals, green vegetables, fruit, eggs and milk, are essential for the formation of important chemical substances that carry information from one brain cell to the other. Deficiency can lead to tiredness, apathy, memory loss, depression, irritability, confusion and reduced resistance to infection. Prolonged deficiency can lead to nerve degeneration and irreversible brain damage. 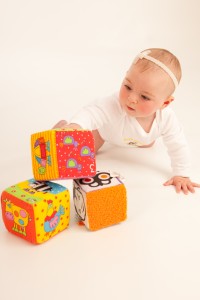 Minerals – iron is found in red meat (the richest source), lentils, beans, nuts, seeds and fortified breakfast cereals. Iron combines with proteins in the bone marrow to make haemoglobin, which is used to carry oxygen in the blood to the brain and tissues. Iron deficiency leads to small red blood cells that contain less haemoglobin. In children, iron deficiency increases the risk of infection, lethargy, poor concentration, short attention span and behavioural problems.

Essential fatty acids – brain cell efficiency depends on the consumption of the essential fatty acids omega-3 and omega-6. Omega-3 is found in oily fish, nuts and flaxseeds, and is a vital component of the insulating fatty myelin sheath that covers the brain and nerve cells. Low levels can slow down electrochemical signalling between the brain cells and affect the ability to think clearly and retain information. Omega-6, found in meat, margarine and the oils of grains and seeds, is crucial to the formation of the blood brain barrier, which prevents the passage of some drugs, chemical compounds and viruses entering the central nervous system. Without sufficient quantities of these essential fatty acids, the brain cells will become stiff and brittle leading to slow thinking speed and problems with accuracy.

Exercise – physical activity generates new brain cells in the hippocampus, the part of the brain that deals with memory. Studies show that exercise also increases chemical signalling between the hippocampus and the forefront of the brain, which deals with cognitive skills such as thinking, reasoning, perception, problem-solving, calculation and argument.

Water – water plays a key role in the prevention of disease and other ailments that can affect learning, memory and overall health. A two percent drop can trigger short-term memory loss, difficulties in problem-solving and fatigue. However, drinking high amounts of water can increase cognitive ability, concentration, mood and behaviour by as much as twenty-five percent.

Sleep – to maintain optimum performance, good quality sleep is crucial. Lack of sleep can lead to impaired thinking and decision-making and to an increased risk of accidents. Studies show that IQ declines cumulatively by 3 percent on each successive day of sleep loss. After 5 nights, IQ can be lowered by up to 15 points (average IQ is 100 points). 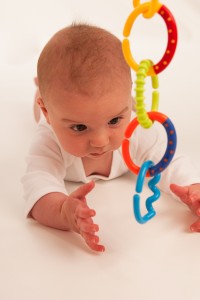 Natural sunlight – natural sunlight stimulates the synthesis of vitamin D necessary for bone formation. It is also known for its effect on alertness, responsiveness, mood and behaviour.

Fresh air – to think clearly and creatively, children need fresh air, which contains an average of 4,000 negative ions per cubic centimetre. Negative ions can produce hormone and chemical reactions in the body and brain, which give rise to feelings of well-being and good health.

Tags:  brain foods feeding the family pre-school regaining your energy snacks super food
This entry was posted on Friday, January 20th, 2012 at 10:14 pm and is filed under Baby & Toddlers, Feeding the Family, Schooling. You can follow any responses to this entry through the RSS 2.0 feed. You can leave a response, or trackback from your own site.