The Line-In, The Witch and The Wardrobe

At this time of year, in the UK at least, whether you’re interested in fashion or not, thoughts inevitably turn to winter clothes. 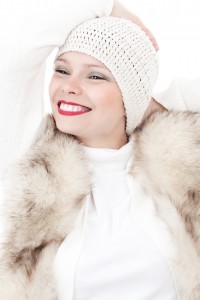 As I write, the weather has slipped, in a matter of hours, from last glimmer of summer to first sniff of autumn. I am now officially inappropriately dressed and my exposed toes are feeling it. Already more than one person has walked past me in a full length coat, hands shoved deep into pockets. Where do these people come from? The weather turns on a sixpence and they appear as if by magic in the correct ensemble while everyone else is shivering, in doorways, bare legs turning purple. They’re like those eagle-eyed street hawkers in New York who are suddenly selling umbrellas instead of fake designer handbags the minute it rains.

Although it’s sad to say goodbye to an unusually hot and steamy summer season, I can’t be the only one who feels a bit excited at the thought of darker evenings and less balmy nights. Don’t get me wrong, I like nothing more than heading to the local pub after a day’s work for a glass of rose in the evening sun. I also adore pretty summer dresses and strappy shoes. However, I get bored easily and the idea of fresh new looks, a wardrobe clear-out and a shopping trip with purpose is enough to have me putting my vest tops on eBay. 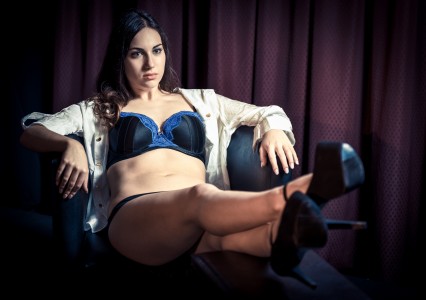 The thing is with summer, is that to embrace it fully requires an absolute commitment to the cause. It’s not enough to shave your legs once a week and vacuum pack your cashmere. For even the most grown-up summer ’13 trends you needed regular self tanning sessions, a fortnightly pedicure and preferably buttocks that defied gravity. It’s hard work before you’ve factored in that you shouldn’t apply fake tan immediately after hair removal (it happened to a friend: Blisters) or apply hair removing cream to broken skin (it happened to me: Burns).

One friend (a confirmed summer dresser) agrees. Last weekend she spent an entire morning exfoliating, depilating, lacquering and tanning. No mean feat when you have three children to look after. The next day the temperature dropped ten degrees. Said friend has vowed to stay in sandals and little dresses anyway to make the most of all her hard work. Her husband finds summer dressing simpler too, but then he doesn’t have to wax his legs, although he is well known for spending over £100 in one go on salon hair products.

I think the fabrics are the thing here. While my beach-ready friend and her husband find the warmer weather easier, many others (females mostly) long for the sumptuous textures of the winter months. Cashmere, velvet, leather and faux fur are in abundance at this time of year and what self-respecting girl doesn’t long for a cupboard full of those? These pieces are more pricey yes, but given that in the UK we have a minimum of six months of cold weather, isn’t it worth it? As my very stylish sister-in-law points out, you get far more for your money in the winter whatever you spend because outerwear for example is worn on a daily basis – no summer item gives you the cost per wear like a fabulous warm winter coat.

There are pros and cons but if I had to I’d choose my winter wardrobe. It’s great to be able to throw on a frock and only then have to worry about shoes but it’s definitely harder to look elegant and groomed in the summer. If you’ve ever done battle with a flesh coloured strapless bra you’ll know where I’m coming from. Hooray for clothes that don’t need specialist underwear!

Yes I know, layering can be a challenge and only the rhubarb figures of the world can truly rock a polo neck. However, I lost count of the number of women who despite naturally preferring everything else about summer, sited boots as the main reason they would choose winter over summer. 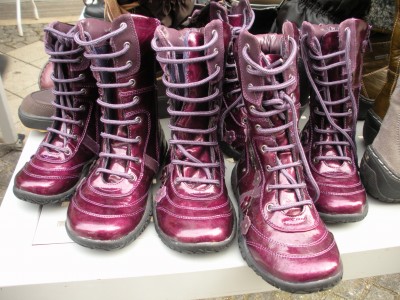 Oh how we love our boots! Boots and the colours associated with winter. Pastels scare off a lot of people and although this year powder pink is huge, it’s black we’ll reach for even if we shouldn’t. Is this all terribly English? Is it because summer tends to be something of a novelty to us? Or is it, as I suggested, that at the end of one lingering season we yearn for the next? For the thrill of the new, for a change, an excuse for an overhaul and a new start?

Let’s talk again in April 2014 when we’ve had seven months of our boring clompy boots and our heavy old overcoats and the shop windows are full of lovely floaty bits of nothingness. Sigh…

I am a style consultant and personal shopper although at the moment I am most likely to be found counting strides (in my heels) between my home and local schools to determine where I might be able to get my son a place next year.
In Battersea where I live, a toddler, pram and/or pregnant bump is THE accessory to be seen with. However there are also lovely shops and many an overstuffed wardrobe – and that’s where I get my kicks. I love what I do and I love being a single mum!

Tags:  boots dressing fashion style summer summer shoes winter
This entry was posted on Monday, September 23rd, 2013 at 9:00 am and is filed under Fashion & Beauty. You can follow any responses to this entry through the RSS 2.0 feed. You can leave a response, or trackback from your own site.