I love to spread happy and fun news. It’s Spring and I love Barbie – so much so that I have a collection of 300 vintage Barbie dolls. Call me crazy, but today I’ll be celebrating Ken’s 60th Anniversary with my Barbie dolls. To mark this milestone in Barbie’s history, she was involved in a special photo shoot with reality TV star, Sam Thompson (Made in Chelsea, Reality Bites). He has recreated some of Ken’s most iconic looks. Unsurprisingly, like Barbie, Ken (doll) has evolved through the years to the figure of diversity he is today. Take a look at the wonderful timeline showcasing his transformation over time. 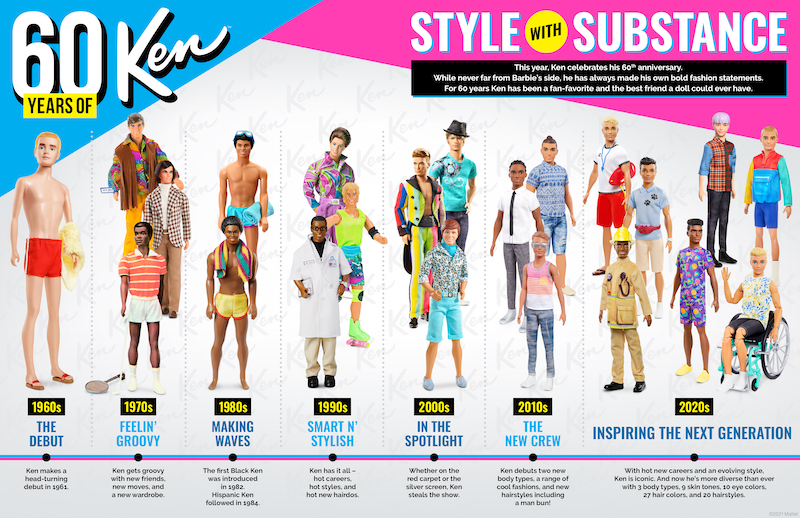 In this video TV star and presenter Sam Thompson has cheekily posed in Ken’s iconic fashion outfits from the past 60 years including the mod style and the famous beach look.

Never far from Barbie’s side, Ken has been boyfriend, best friend and sidekick to Barbie, the worlds number one toy for sixty years. On this milestone anniversary, Ken steps into the spotlight solo paying homage to his most iconic outfits.

With his trademark panache, Ken first appeared in an advert with Barbie on 11 March 1961 and has continued to make bold fashion statements ever since. 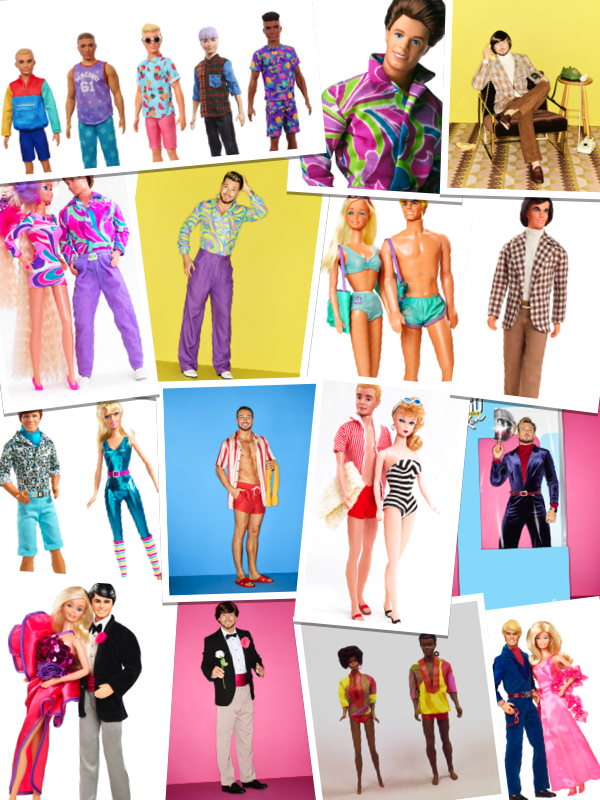 Sam Thompson said “My love for dress up is well documented but dressing up as Ken may be my greatest look yet. I can honestly say this is how I’ve never been seen before… but I might have to steal some of Ken’s trends secrets. Thank you, Ken, for showing me how to rock flares and a wig. My favourite was the 1991 Totally Hair Ken – those wide, purple trousers were liberating!”. You can currently see Sam Thompson in Pete & Sam’s Reality News on E4 Mondays at 11pm.

Sam travelled back to the 70’s, 80’s and 90’s for Ken’s most iconic outfits, bringing to life fun retro fashion trends including corduroy flares and a shaggy brown wig for the 1972 Mod Hair Ken’s look  in a Seventies living room set, then the gelled bouffant hair and oversized trousers for 1991 Totally Hair Ken  look.

Ken has had multiple makeovers over the years including by celebrity stylist Phillip Bloch, designers Gareth Pugh, Ambush, as well as inspired a Martine Rose capsule collection.

Today Ken is more diverse than ever, with 3 different body types, 9 skin tones,10 eye colours and a variety of skin tones and looks. New for 2021 include a doll with rooted afro texture hair, and the first ever Ken in a wheelchair. 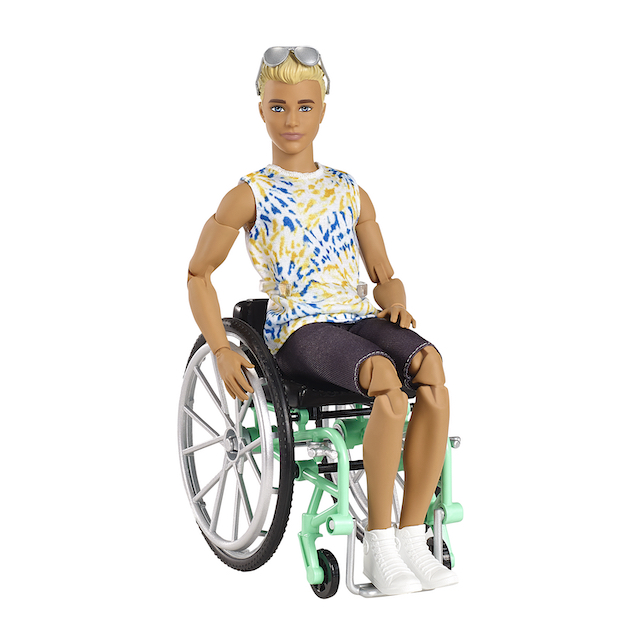 The story of my vintage Barbie collection

This entry was posted on Thursday, March 11th, 2021 at 1:48 pm and is filed under Fashion & Beauty. You can follow any responses to this entry through the RSS 2.0 feed. You can skip to the end and leave a response. Pinging is currently not allowed.