Mum to twins Nicole Frost set up Half-Pint Chic after the birth of her daughters, Isabella and Sophie. Previously employed in a demanding advertising role, Nicole relished her busy lifestyle but when the girls came along in 2009 she needed a change. 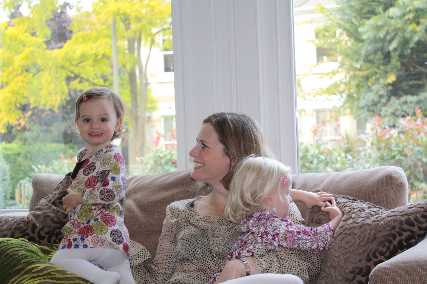 Nicole states: “I loved my job but rarely saw my children as a consequence. I wanted to find a way of having a career that challenged me, whilst being able to give my children all the support and attention they need to grow.” 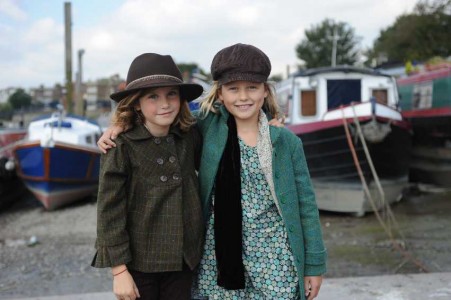 It was around this time that Net-A-Porter founder, Natalie Massenet, launched online sale site The Outnet – and an idea began to form in Nicole’s mind. Nicole continues: “I really liked Natalie’s vision of making high-end fashion more accessible and I thought – wouldn’t it be great if something like that was available for kids? For me the idea of being able to dress your children in beautiful designer clothes at a fraction of normal RRP had enormous appeal. You don’t have to worry if they decide they want to paint in their favourite frock – or lie to your husband about how much it really cost! I buy everything online; Issy and Sophie love going shopping but it is chaos, which is why Half-Pint Chic had to be online.” 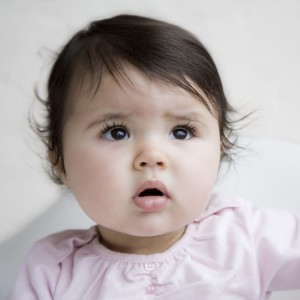 Nicole made the difficult decision to leave her job and set about finding boutique children’s clothing brands that she knew parents would love. Nicole says: “The biggest challenge for me was getting started. I had a great job that I loved, which is what made it so hard to make that leap.” Luckily, Nicole’s mother had run her own business and she knew what to expect. With the support of her family she launched Half-Pint Chic. She adds: “It is incredibly tough being a working mum but it does offer you a degree of security – that disappears as soon as you decide to try and head out on your own. Nowadays I get to spend more time with my children but I do get up really early and then when the girls are asleep I work until late.” 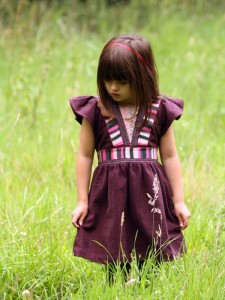 Through Half-Pint Chic, Nicole has worked with some of her favourite designers, including Their Nibs. She comments: “Kids fashion is so much more fun – children don’t care if something is in or out of vogue, they are much more experimental. A real highlight has been finding amazing brands that few people have heard of but produce the most exquisite clothes and then working with them to sell them to our customers at Half-Pint Chic.”

Now, Half-Pint Chic is set to change the way that parents shop for their children. Nicole finishes by saying: “Half-Pint Chic is aiming to become the ‘worst kept secret’ for mums. It’ll be the place they talk about when they are chatting about kid’s clothes. There are big plans for the site – so watch this space!”

This entry was posted on Thursday, November 17th, 2011 at 11:01 pm and is filed under Blog, Fashion & Beauty, Mumpreneurs & Mums at work. You can follow any responses to this entry through the RSS 2.0 feed. You can leave a response, or trackback from your own site.